Not really a competitive deck, but thought it was funny you can get Turn 3 kills in standard, so it's designed to maximize the statistical likelihood of a turn 3 kill. I pulled it off once at the event, so it can happen but you often just come frustratingly close lol. =)

Here's how to do it:

T1: shock the opponent. This step is unnecessary if you're playing [[dreadhorde butcher]] next turn, in which case you could cast [[duress]] to discard any removal from your opponent.

T3(a): If using [[Dreadhorde Arcanist]], cast a 4 power pump spell (either collision or [[titanic growth]]). Attack and flash back the pump spell to hit for 9 damage. Cast [[Thud]] to have dealt 20 damage by turn 3

T3(b):If using [[Dreadhorde Butcher]], cast a 4 power pump spell and attack for 6. The butcher will get a counter and go to 7 power. Cast [[Thud]] dealing 7 damage, and then the [[dreadhorde butcher]] trigger will deal an additional 7 damage for a total of 21 damage by turn 3.

I also added [[wanted scoundrels]] as a third threat that can get a kill on turn three. Usually your opponent needs to help with some shocklands to get you there with a [[buccaneer's bravado]] and a 4 mana pump spell for 16 damage or something, but you can get there for a fresh 20 with double [[giant growth]] and a [[thud]]. Like I said, not a competitive deck, but certainly one for dreamers lol.

Scassacasse 26 Jun 2019 21:22
You optimized what? Wanted Scoundrels...really? vs a moltitude of red and esper decks? Don't post this s..t please and turn back to magic academy.
boarbar 08 May 2019 16:05
I really like the addition of wanted scoundrels. I've been using Deeproot Champion but having a pre made big body at 2 mana is a great call.
Eugi_The_Midrange_Mage 22 Apr 2019 21:17
Of course! I'm so honored, thank you! =D It's only a theorycraft right now, so I'll be sure to update it with a more effective list after the event XD
andreliverod 22 Apr 2019 16:11
Hope you dont mind me featuring this is a site article :) https://aetherhub.com/Article/Top-decks-to-try-out-in-the-War-of-the-Spark-Streamer-Event
Watch on Youtube
Eugi_The_Midrange_Mage 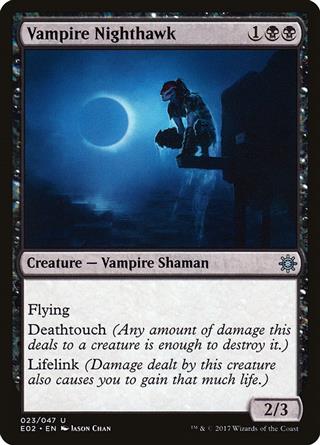 This simulator uses your browser to calculate the starting hands. Input the number you want to simulate.

How Many Lands do I Need?

These are general recommendations for a 60 card deck.

The hypergeometric MTG calculator can describe the likelihood of any number of successes when drawing from a deck of Magic cards. It takes into account the fact that each draw decreases the size of your library by one, and therefore the probability of success changes on each draw.

The DeckHub Twitch extension is used by Twitch streamers to display their currently played deck in the video overlay. After a quick install you can select any public deck on AetherHub to be displayed in your overlay, here is how you set it up: DeckHub Guide