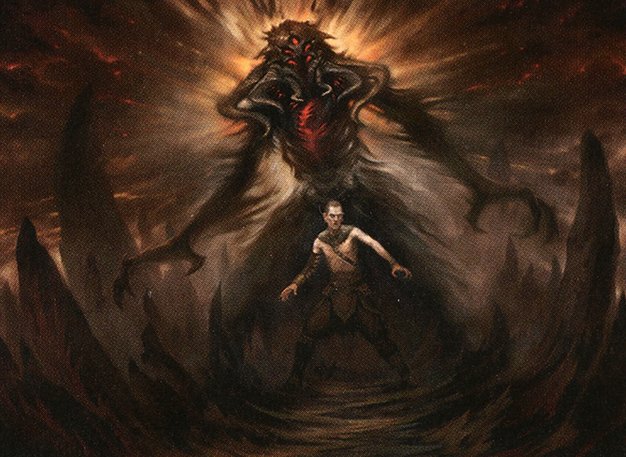 We're a little ways into the new year and what better way to celebrate than playing some Magic? Today we will be looking at Historic - Specifically, at what decks you should be playing for 2023 as well as have a look at the top of the meta for BO1 and BO3. Let's jump right in and not waste any time. Here goes.

Here we have the top eight most played decks in the format and the percentage of the meta they represent.

What To Play For Best-Of-Three?

Sometimes it's better than others but there is never a bad time to play Mono-Red. The deck has a total of 12 creatures with Haste and Reckless Ringleader

which can bestow it to your larger creatures, making it explosive and a blast to play. Next, there is Anax, Hardened in the Forge

, which offers the deck some resiliency against removal. While also becoming a huge attacker thanks to the devotion from Goblin Chainwhirler

and Torbran, Thane of Red Fell 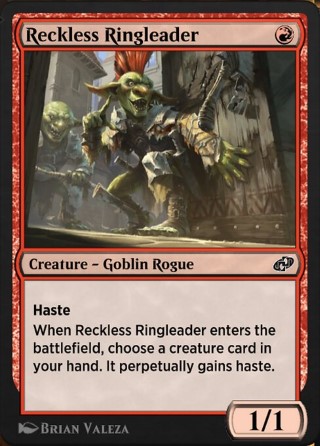 Speaking of Torbran, he's a great way to close out games. Alongside the deck's hasty, aggressive creatures and Embercleave

opponents will always be on their toes come combat on your turn.

Mono-Green has it all right now - Plenty of mana-producing creatures (14 to be exact), plus Leyline of Abundance

to exploit them, large x spells, Planeswalkers, and an awesome Golos, Tireless Pilgrim

package. That said, it's not too hard to deduce the game plan of the deck here. 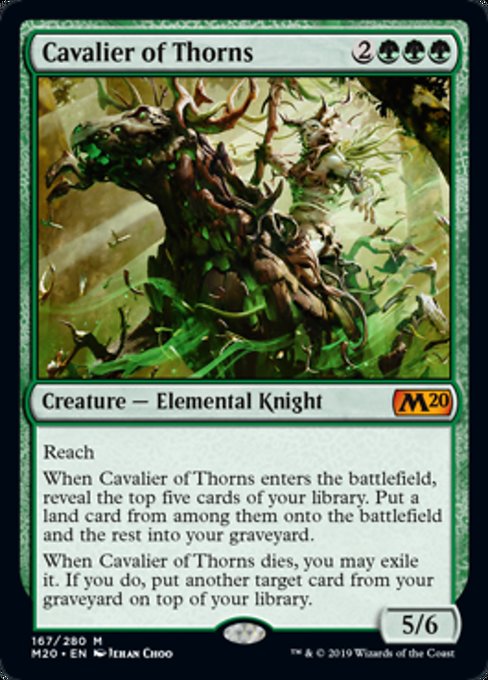 So, what's the deck going to do with all that Green mana? I'm glad you asked. At the top of the curve we have Cavalier of Thorns

. Everything in the starting 60 produces mana, digs creatures out of the deck, or is a giant threat itself - Some do all of these things at once.

The last element of this deck that I think players enjoy is Karn, the Great Creator

. He hates out opposing artifact strategies and gives you access to a toolbox-style sideboard plan. So, the deck runs 15 different "one-of" artifact sideboard cards that can be grabbed as silver bullets. Not only is this fun, but it also lets you keep your core strategy intact in games two and three.

This one isn't in the top eight up above, so there's a link here, if you're interested. 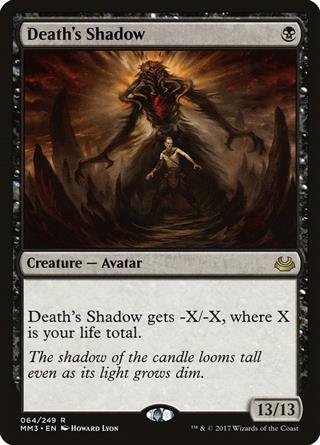 This is a bit of a rouge one but man, it's fun to play if you ask me. Considering it's a Death's Shadow

deck it wants to get its life total below 13 as quickly as possible. Doubly so, because the deck also plays Scourge of the Skyclaves

So, how is the deck going to make getting low on life an upside? With Thoughtseize

. If you play a shock land into a turn one hand disruption spell, you could be at 16 life after your first turn. 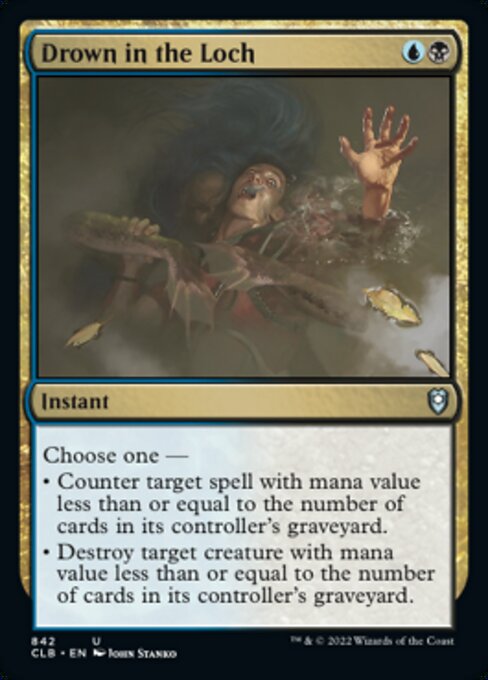 Considering the deck plays Lurrus of the Dream-Den

as a companion, it can recur Death's Shadow

from the graveyard each turn too. Aside from this, the deck plays a plethora of interaction like Fatal Push

, Drown in the Loch

which allows you to cast all these spells previously mentioned (save for Archmage's Charm) for free. Then it mills four cards (great for Lurrus) and allows you to cast an instant or sorcery from your graveyard. One of my favorite play lines with this card is spamming hand disruption spells. Here's an example:

If/when this happens, your opponents are left running on fumes by the time your big threats hit the table.

Here are the top eight most played becks in the BO1 Historic meta and the percentages that each deck makes up.

What To Play For Best-Of-One? 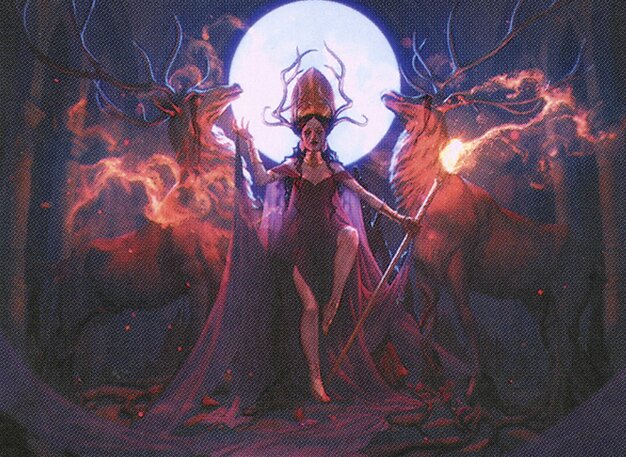 This falls outside of the top eight so it's not linked above. However, if you want to see a list, you can find one here. 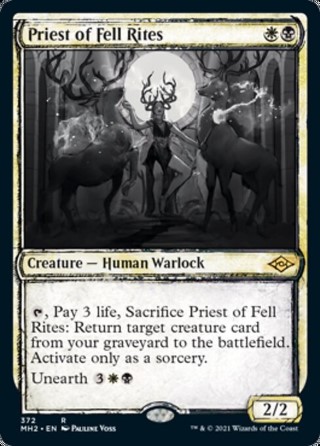 In a meta filled with aggro and white weenie decks, I like to change it up and play out the biggest threats possible. However, in an aggressive meta, you have to get your large spells out way ahead of curve, and a great way to do that is by reanimating things with Priest of Fell Rites

What creatures are you going to be bringing back? Well, most lists play a mix of Elesh Norn, Grand Cenobite

, and Sheoldred, Whispering One

. The primary means of getting these cards into your graveyard are Connive spells like Raffine's Informant 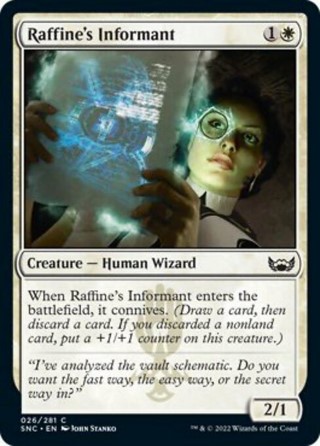 , you can reanimate the most dangerous thing you have to discard come turn three. Good luck to Mono-Red or Elves in beating a turn three Elesh Norn, Grand Cenobite

. That said, you won't always have a threat to discard, the deck also runs quite a few spells with flashback such as Unburial Rites

, and the Priest itself.

They say if you can't beat em, join them. And that's my advice. There are three different Mono-Red decks in the top eight of the meta - Goblins, Aggro, and a Prowess/Burn list. You can find links to each one up above. Overall, Mono-Red is making up around 9% of the overall meta. 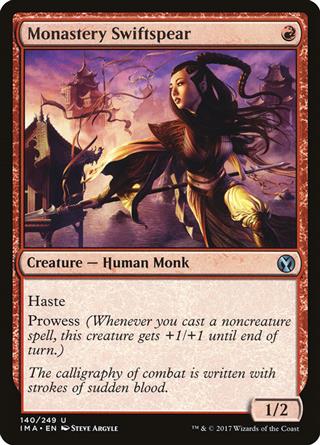 Considering best of one usually favors aggressive strategies, it's no surprise to see people playing things like Goblins and Prowess. That said, there are also quite a few life-gain decks that are in the meta to spoil the fun. However, these matchups can often turn into races to see if the Red player can finish the White player off in time. So, if you enjoy this type of race or navigating aggro mirror matches, sleeve up those Mountains and get to work.

Dinosaur Tribal has a lot going for it right now. and I would consider it a meta-killer. In a similar vein as the reanimator strategy - Dinosaurs Tribal has large, hard-to-handle threats, that can come out ahead of curve and go over the top of the leading decks. Using cards like Otepec Huntmaster

can lead to some big threats hitting the board early.

. With Selesnya and Mono-White life gain being very prevalent, this card will be your best friend. The next reason it's so well positioned right now is its "pingers." 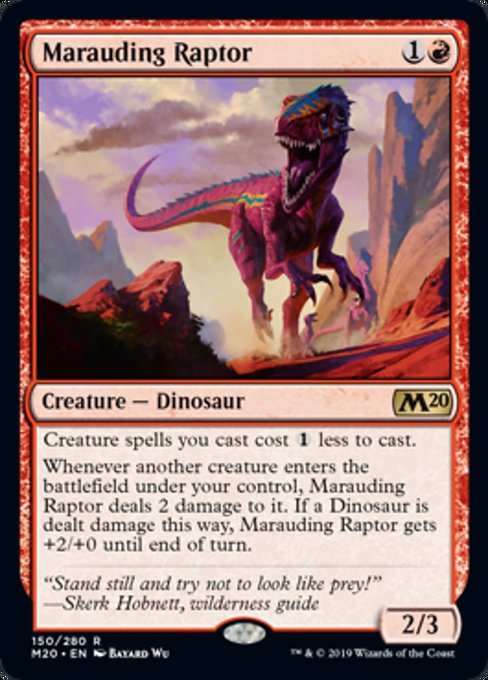 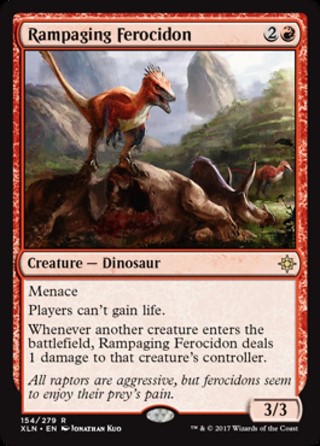 With so many Weenie decks and Elves at the top of the meta now, Rampaging Ferocidon

do an amazing job of cleaning up the board of early threats. Especially when you equip Marauding Raptor

. Not only does this give your creatures Trample, but whenever you ping something you'll gain that much life as long the Ferocidon isn't out.

The meta is ever-changing and with new sets right around the corner, things will likely get shaken up soon. However, as of early 2023, here is your Historic BO1 and BO3 meta along with what I think you should be playing right now. Comment down below and let me know what you play in the format.