/ Articles / Tournaments are flourishing for MTGA

Tournaments are flourishing for MTGA 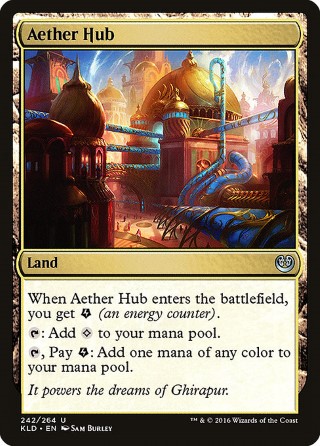 over the first 18 months of MTGA there haven´t been many tournaments to play in. Yes, there have been Mythic challenges but the only way to apply was by grinding the game to the top of the ladder. Or we had events like the Meta challenge, but none of them have been like a real tournament.

So mostly the only way to compete in tournaments even just on a pure "fun" base for casual players has been community tournaments typically held by streamers for their communities.

Btw. you´re able to do so here on aether hub. If you´re interested in organizing your own tournament here is all the information you need to do so.

Or if you are the one on the search for some public tournaments to join, check out the public tourneys which are held.

The number of tournaments to join for various formats is growing massively the recent days :)

Not only the smaller community tournaments are flourishing for MTGA, but also bigger professionally organized tournaments are held more and more for MTGA. These kinds of tournaments could only be found on Magic Online in the past.

MFO surely is the one which stands out the most these days. With qualifier tournaments every day and 24-hour coverage on Twitch.tv. The tournament offers up to 50k price pools for the season finals. I think everybody who is into MTGA knows about MFO by today.

I case you are into the search for more information about the MFO tournaments you find the official MFO website here.

But not only MFO is a big name there is an even bigger name organizing a huge tournament for MTGA its RED BULL.

if you're thinking now: "What is he talking about RED BULL supports extreme sports like downhill cycling and Formula 1", well that's what I thought as well, but here it is:

Red Bull Untapped begins with a series of Qualifiers in Magic: The Gathering Arena.
Some of these are open to any players, while others are restricted to players from a specific country or region. In each Qualifier, you’ll be competing for your share of the total prize pool, each time mentioned in the event information!
On top of that, the winner of these events gets invited to the Untapped Finals near the end of the year! There they will compete with 15 other players over the prize pool of $75,000. As icing on the cake: the winner of that event will be invited to one of Wizards of the Coast’s most prestigious events of 2021 (but we can’t give away which one yet).
The online qualifiers will be Best-of-3 Standard Swiss tournaments and will each last one or two days, depending on the event.
Below you will find an overview of all qualifiers that have been announced until now. To register, click on the qualifier of your choice.
Entry to each of the Red Bull Untapped events is completely free.

Yes, guys, all the qualifier tournaments are FREE ENTRY!!!

the first qualifier is held on May 16 and is already open to register. There are almost 1500 registrations by now so the field is gonna be huge for this one.

The tournament is held on mtgmelee.

MTGMELEE is another platform where you can find a lot of MTG tournaments being held.

The other tournament which stands out to me is the Lotus Box League.

This is the first in a new season of Team Lotus Box tournaments, the Lotus Box League. This series will feature an event for Standard, Modern, Pioneer, and Legacy, culminating in a 12 person invitational with a 2K prize pool for the top finishers over the season. The whole series will be covered LIVE on our twitch page. Our commentary team includes Chris Castro-Rappl of The MTG Grindast and Team Lotus Box members Collins Mullen and Jeremy Bertarioni.

This tournament will be week 1 Ikoria standard on MTG Arena, so bring your best brews and compete for the title of Lotus Box League Standard champion.

Even though the first tournament was already held the next one is already happening this weekend on May 3.

The Entry is free for the tournaments but you need to be a subscriber for their twitch channel. They also stream the events on their channel.

The Last weekly tournament I would like to mention is the Eleague Showdown: MTG Arena

ELEAGUE’s Second MTGA Showdown Will Feature Star Players, Rising Amateurs & Pay Winners Through Weekly “Survive & Advance” Matches
ELEAGUE has partnered with Wizards of the Coast to bring back the deep strategic gameplay of Magic: The Gathering Arena to its fans through the second iteration of their ELEAGUE Showdown: Magic The Gathering Arena weekly esports competition series. The Showdown will launch with its first competition Wednesday, April 22, at 6 p.m. ET, with exclusive coverage available on ELEAGUE's Twitch channel. The series will continue with a new competition each Wednesday at 6 p.m. through May 27.

Players will be selected through a combination of invitations and player applications. Players will compete in one single-elimination match, with the winner advancing and the loser being eliminated. The last winner remaining at the end of each week will earn prize money and become the incumbent “player to defeat” during the next week’s competition.

The tournament is also without an entry fee but you have to fill a form and then hope for the invite. But you don't need to be a pro player or anything like that to get invited even though a lot of big names are in the field of participants.

Ok, guys, as you see there is a lot going on for MTGA Tournaments and it's only getting more.

Also, check out this article for all the news on upcoming events and changes to the Historic format on MTGA.

as always, thanks a lot for reading.

Cheers and fight for the Light

The_Magician 05 May 2020 08:38
@intrepid_Tautog Hahaha i exactly know what you mean man. I just hope and pray that WoTC won´t go that far ever...
Intrepid_Tautog 04 May 2020 19:31
Thanks for the updates, dude! I'm glad Magic's getting more sponsors, but a bit nervous too. Like, I don't want to see Chandra reaching for a refreshing bottle of Mt Dew's new "Hot Cinnamon" flavor or anything in the future, you know?