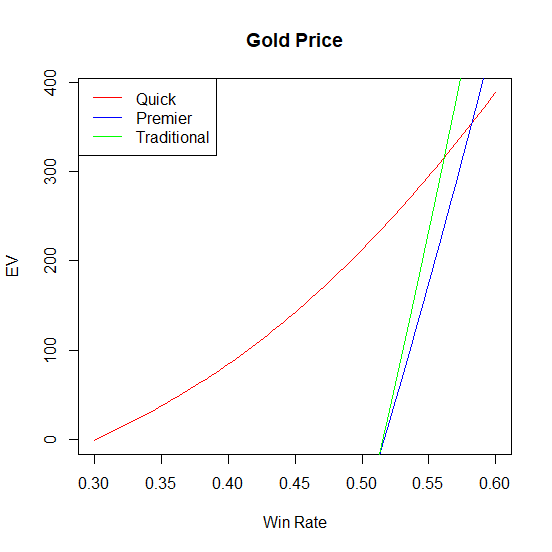 As shown in the figure, you need at least a 30% win rate in Quick Draft in order to make it more efficient on average than just buying packs with your gold. On the other hand, you need a higher win rate, about 53%, to say the same about premier or traditional draft. Furthermore, if you do have a high win rate in Premier/Traditional, you are better off playing that than Quick Draft on average. As for choosing between Premier or Traditional, that is a more complicated question. However, I have chosen Premier over Traditional since ZNR.

For Innistrad Crimson Vow, I did 30 Premier Draft runs. This is many more than my usual practice, and was mainly driven by the need to practice for the Arena Open on December 4-5 which will have draft as its format. Also as a consequence of this, I rare-drafted for set completion a lot less, and towards the later runs, not at all. At the end of my 30 runs, I was able to reach mythic for the first time in limited, which is nice, but is probably something I will only attempt in these situations where there are draft events that I want to practice for. 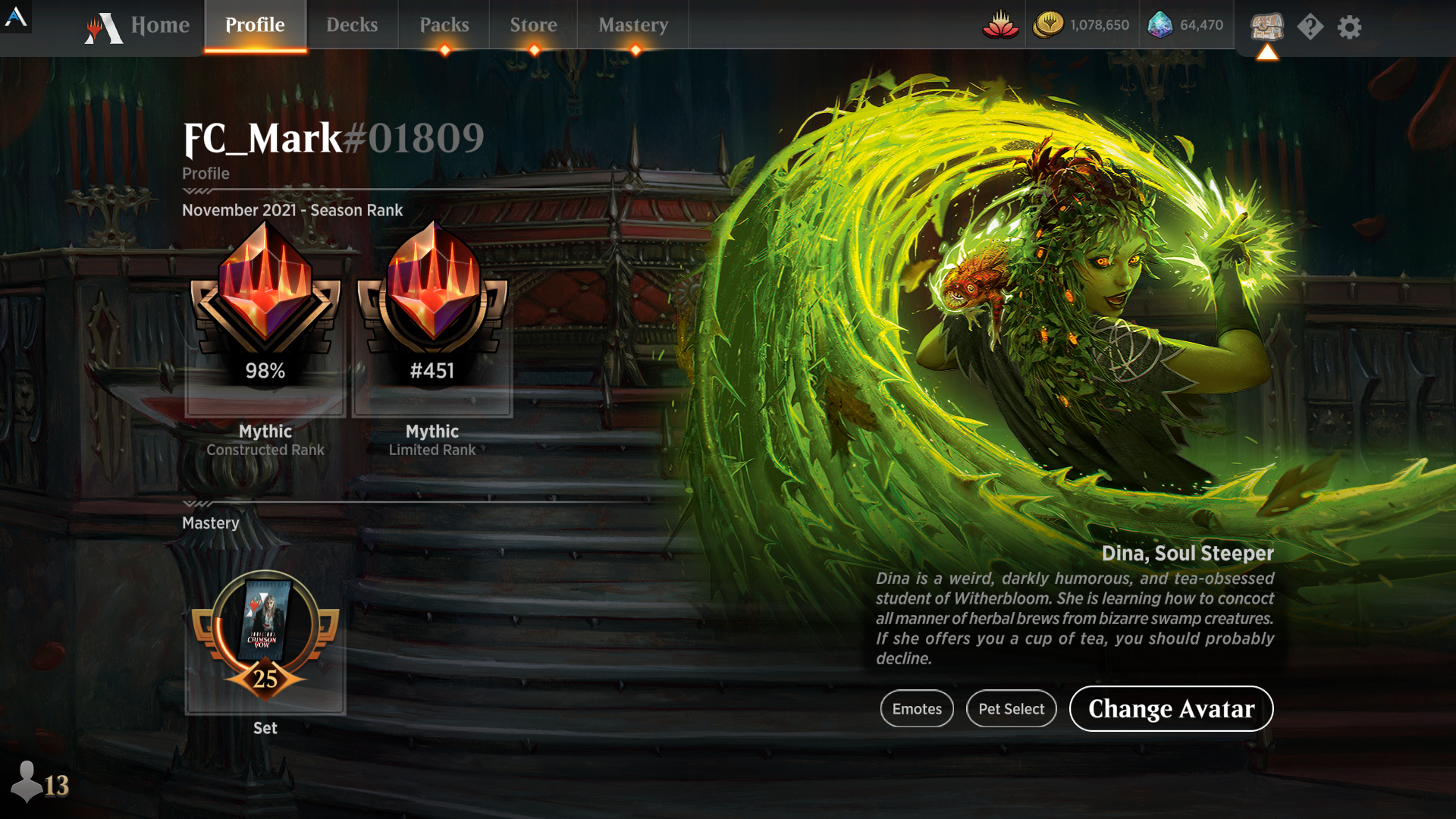 My overall win rate across 30 drafts was 58.54%, which is much lower than what it was in MID (which was itself an outlier) but still good enough to come out with a good chunk of value. My total cost for 30 drafts was only 10,200 gems which yielded 100 packs, 85 rare pulls, and 11 mythic rare pulls. The packs alone would have already cost 20,000 gems to purchase, which means by going the draft route, it is comparable to puchasing 51 packs at full price and getting 49 additional packs and 96 random rare/mythics for free.

I streamed all of my drafts in Twitch and ported them to Youtube if you are interested in watching them. As already mentioned from many other sources, this set is much more bomb-centric than the previous sets we have had. Rares like Dreadfeast Demon

are so powerful that anyone who opens them will play them, and as a result, you get to see them much more often. When the game goes long, it is important to be aware that your opponent may have a bomb, and it is often worth it to save a counterspell or removal for when they find it. Blood token is certainly the most prominent feature of the set. Valuing what a blood token can do for you is important, from keeping extra lands in hand to discard to them to picking cards like Persistent Specimen

during the draft that can be discarded to blood (or other effects) for value.

VOW has certainly been a different experience for me, and I look forward to playing at the open next week.