The decklist above is obviously not finished, and is a work in progress.  Take the cards above merely as suggestions until the list is finished.  Once I playtest and refine the deck I'll update the deck to have 100 cards ($20/ea or less) and a Maybeboard of cards you could swap in ($20/ea or more, etc), pending your personal tastes.

The concept is a pretty straightforward: when [[Merieke Ri Berit]] has control of a creature, you untap her to bury it, then tap to take control of another creature, untap and destroy, tap get another, untap destroy, repeated as many times as you can untap her each turn (obviously inserting an attack phase with the best of your opponent's own creatures against them).  The more untap abilities you can perform each turn, the more creatures you can kill each turn, and if you can reuse the untapping, well, things can get pretty creature-wipey real fast for your opponents.  For redundancy, there are a bunch of other options for gaining control of creatures, plus a host of solid options for sacrificing those creatures to your benefit.  Even with a bunch of opponents, you can be a heavy presence on any board once things really get rolling, as well as early on.  On top of untapping Merieke there are some blinking options, which serve the same creature destruction ends, but stop your ability to tap her until your next turn, so they are meant for the end of the turn, or at least after you've exhausted your untapping options.  But if you have [[Lightning Greaves]] or [[Swiftfoot Boots]] on the field you can get Merieke tapping again after an exile, so it all depends on what your options are each turn.  Also, since grabbing your opponent's creatures requires targeting them, every anti-hexproof option must be included ([[Arcane Lighthouse]], [[Detection Tower]], [[Shadowspear]], [[Glaring Spotlight]], and [[Kaya, Bane of the Dead]]).  Also, in regards to deck building, while you can kill more creature with untap abilities, you can attack your opponents with more of their own creatures if you use options other than Merieke... so it's worth foregoing some untap options for more cards that gain control of creatures, since attacking with the best creatures on the board will ultimately get to a win quicker.  With all the untap options you should have, the other "best" creature tap abilities are likewise included.

Also, it should go without saying, but while untapping Merieke kills the creature she possesses, if you have a viable sac-outlet, then by all means sac the creature first, then untap her.

[[Sydri, Galvanic Genius]], [[Karn, Silver Golem]], [[Karn, the Great Creator]], and [[Xenic Poltergeist]] each allows you to turn an artifact into a creature so that you can gain control of it with Merieke, to either destroy it or keep it (you know, for good luck).  Sydri and the Karns grant this ability to the artifacts until end of turn, which means they become normal artifacts permanently in your posession once the turn ends.  Xenic Poltergeist is close, granting this ability until your next upkeep, and this means using Xenic only once per cycle of turns, similar to Karn, the Great Creator, where the other Karn and Sydri can theoretically be used on each player's turns with Merieke, allowing you to take/keep one artifact per turn, unless you have more ways to steal your opponent's creatures.  Or, steal>untap>destroy a range of opponent's artifacts on a turn, then keep the last one.  Whatever floats yer boat. 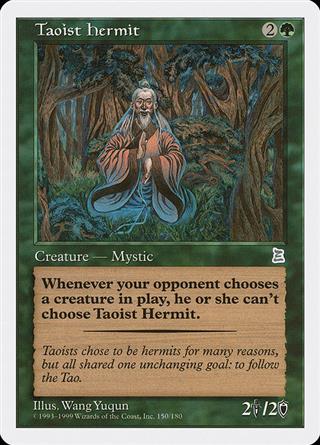