Ok, so I've been fascinated with [[Relentless Rats]] ever since I first laid eyes on them. Call it my inner Johnny, or Spike, I don't know. I've looked at many other Relentless Rats EDH decks, most of which are mono-black; and I just wasn't impressed. They were boring, and generally one-dimensional, so I started to think about which color(s) were most viable with black.

Since we are using Relentless Rats as the theme and main creature damage, and since they are double-black, I knew that the deck would have to mainly be black with probably only a sprinkling of one other color. But which color?

You notice I've removed the Chant, the Path, and Jarad for a speedier gameplay. Ikra can come in for a BIG life gain if needed. There's nothing like the look of shock when you kill'em with poison from [[Triumph of the Hordes]]!

Main mana ramp is provided by the [[Oracle of Mul Daya]] and [[Sword of the Animist]]. The deck can be a little slow, and you can add more ramp if you feel it's needed, but it was hard to cut out other things. However, it can be explosive in its current form.

I've only included three tutors, since there's only a couple important cards to search for depending on the situation, and we do have some very good CA draw cards in the likes of [[Elemental Bond]] (yes, the rat buff counts), [[Life's Legacy]], [[Driven // Despair]], and the 800lb gorilla in the room [[Thrumming Stone]]! The [[Vizier of the Menagerie]] is one card I'm on the fence about though (interacts with [[Gaea's Cradle]]), but I believe it's better than [[Aluren]]. I actually like to play my draw before the tutors if possible. Maybe we should drop one of them?

I currently don't run much recursion, since we have so many Relentless Rats in the deck, but dropping [[Bloodbond March]] after a board wipe, and then playing one rat brings them all back. And if you have the [[Concordant Crossroads]] in play, or slap down [[Mogis's Marauder]] it's probably game over. We have [[Eternal Witness]] in the sideboard if you get hit with a lot of removal.

Since our rats are usually fairly large, I use a selective boardwipe strategy to clear out the blockers with [[Crypt Rats]], [[Pestilence]], and a timely [[Toxic Deluge]] for surprise value. Hey, we got lots of life, right? [[Ikra Shidiqi, the Usurper]] guarantees it. I've even used the [[Golden Demise]] - [[Natural Affinity]] combo to just decimate the opposition.

Throwing out a timely [[Contamination]] (I know, I know) or maybe an [[Eldrazi Monument]] (my favorite) with like 5-7 rats on the battlefield sometimes is all you need to push through the victory.

Just think of all the other game play possibilities, now that I've "wet your whistle". 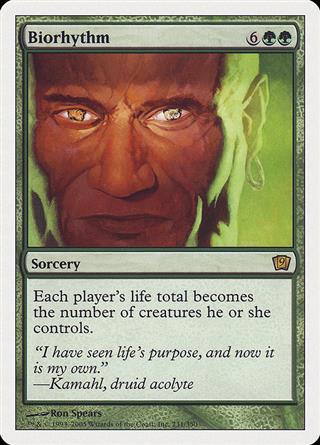