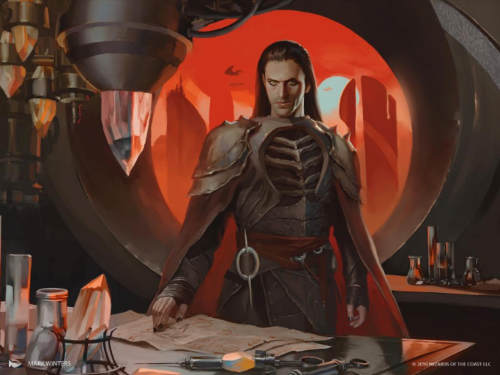 Dominaria United hits shelves on January 13th. While it seems that the set is a bit more geared toward Commander, there are a number of highly playable cards for other formats getting reprints in the set as well. That said, the topic of today's article is - The top five cards in Dominaria United for Modern. 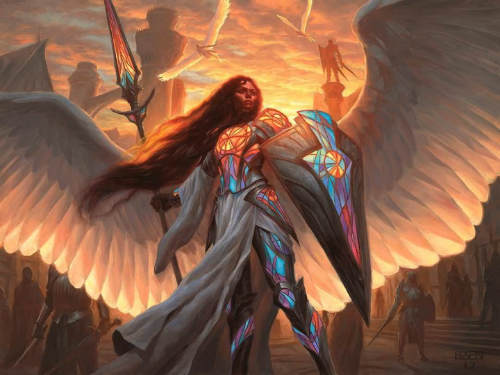 Overall, the set is loaded with cards that players are going to look forward to getting their hands on. So, let's jump right in with number five. 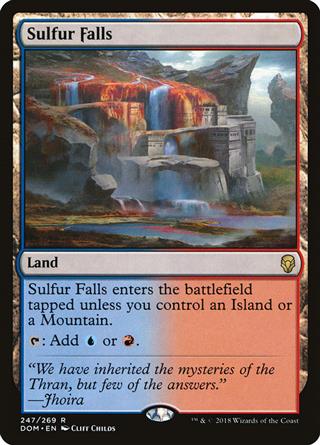 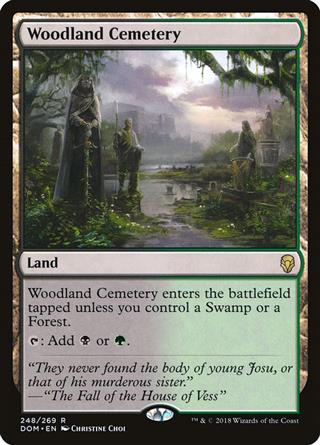 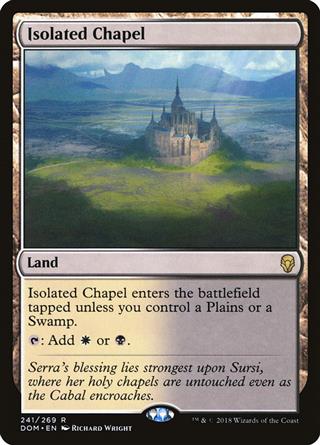 These aren't the most lucrative cards that could be reprinted in the set. However, I'm happy to see them nonetheless. I find that lots of players building multi-color decks on a budget in Modern use this cycle of lands. Not only because they are cheaper than, say shock lands, but they also work great when playing a higher basic land count and people on a budget usually are. 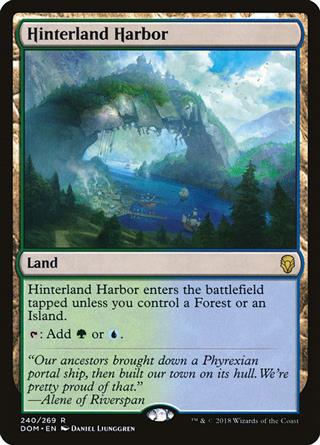 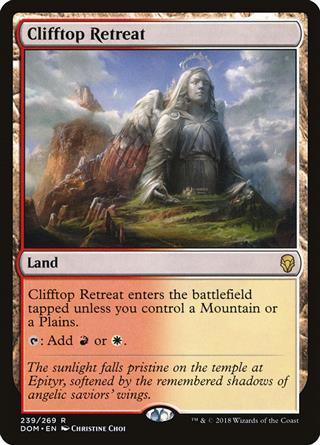 or other ultra-budget options will still be the cheapest option. However, if they go down at all, I think it's a good thing. The more access players have to better lands for less money the better.

You May Also Like: 8 MTG Cards To Buy Right Now At Low Prices 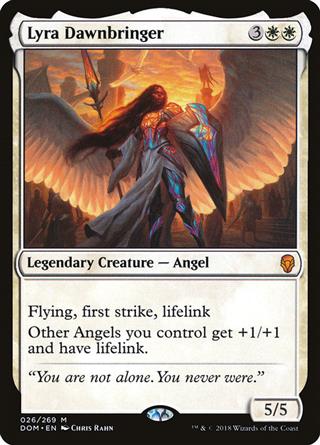 A resolved Lyra is hard to deal with, even if she is the only Angel on the board. If she isn't the only one, she graces the others with a +1/+1 boost and Lifelink and can quickly put games away. Her potent mix of keyword abilities and respectable stat line makes it hard to interact with her in nearly any way and come out on top.

Flying and First Strike make blocking her very hard and if you can't block her, each time she connects is a 10-point life swing thanks to her Lifelink. Due to reprints in Jumpstart 2022 and Dominaria Remastered later this month, the card is at a very low price. So, if you're looking to build Angel Tribal, now is a good time to do so. 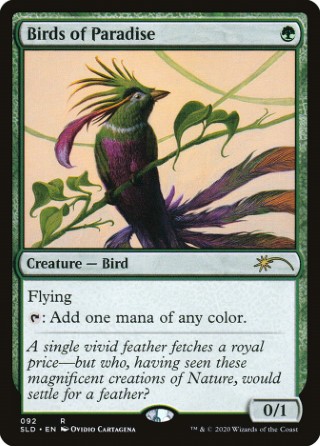 Birds of Paradise is a classic Magic: The Gathering card that sees play in a plethora of decks in Modern. So much so that it is one-half of the idiom "Bolt the Bird", which refers to it always being a good idea to remove opposing mana dorks as early as possible. Right now it sees play in a few top decks like Chord Toolbox and Yawgmoth Combo.

The fact that it can produce mana of any color has always made it a versatile inclusion in decks looking to mana fix. It'll be a prime pick-up in Dominaria Remastered limited for players looking to splash one or more colors as well. Lastly, considering the cheaper copies of the bird are around $10 at the moment, maybe a printing here will lower them some.

Urza is one of the most powerful MTG characters overall and this card does him justice. Once upon a time, this card was a bit of a boogeyman in the Format. It doesn't see as much play these days but it's certainly still around. While it isn't as much of an established archetype, it can be found any many blue-based artifact strategies.

Obviously, Dominaria Remastered isn't out yet but the incoming reprint doesn't seem to be touching the price just yet as the card is still hovering around $40. Regardless if it comes down or not it is surely one of the most powerful Modern cards being reprinted in the set.

Yawgmoth Combo decks in Modern are one of the newer combo strategies to come into the Format and they are very good and Yawgmoth, Thran Physician is the namesake card and the main enabler. There are a few different ways to combo off with him but here is a general idea. 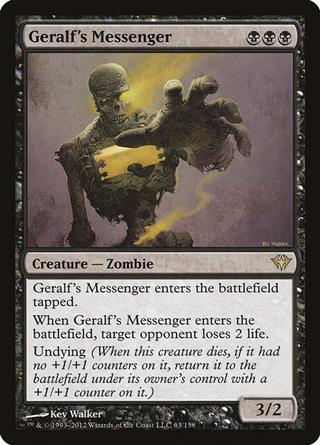 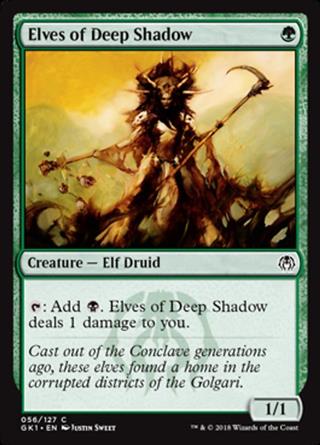 on the battlefield, you can pay one life and use his ability to sacrifice a Geralf's Messenger

. When you do Geraf's Messenger will come back to the battlefield thanks to its Undying. When it enters, you can give it the -1/-1 counter from Yawgmoth, which negates the +1/+1 counter from Undying.

As a result, you can sacrifice the Messenger over and over. Assuming you're at a higher life total than you're opponent when you start this loop (you'll lose one life per turn and they'll lose two) you'll drain your opponent out of life. With Elves of Deep Shadow

this can happen as early as turn three. 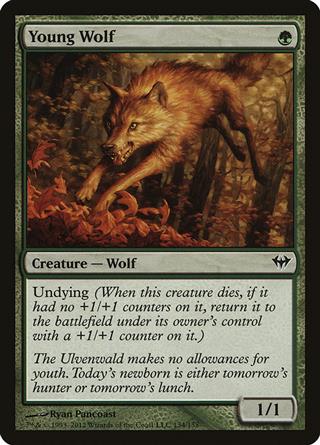 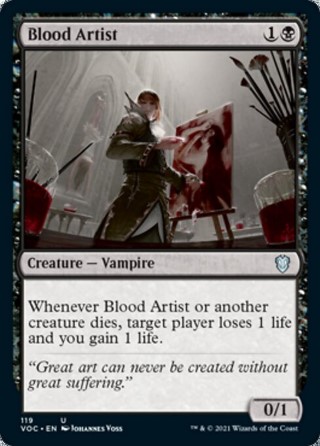 The same thing can be achieved by sacrificing Young Wolf

over and over with a Blood Artist

effect in play. Like Urza, mentioned above, Yawgmoth is a powerhouse, high-value card from Modern Horizons getting a brand-new printing come January 13th.

I'm glad to have you along today as I go through my Top five Dominaria Remastered cards for Modern. Comment down below and let me know what cards you were most excited to see being reprinted. Until next time, get out there and play some Magic: The Gathering.