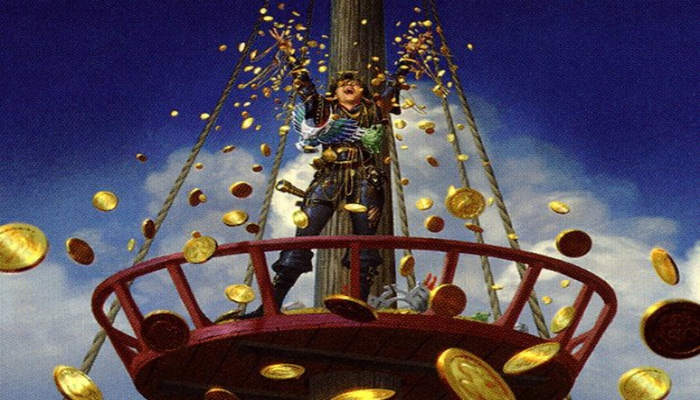 Magic: The Gathering cards that have a high demand and a relatively low supply often become expensive. That said, it's not an uncommon practice for players to wait for a high-value card to be reprinted in a new set so they can pick it up at a lower price. Recently we have had several cards drop to an all-time low thanks to reprints and today I'll go over eight MTG cards to pick up right now at a steal. 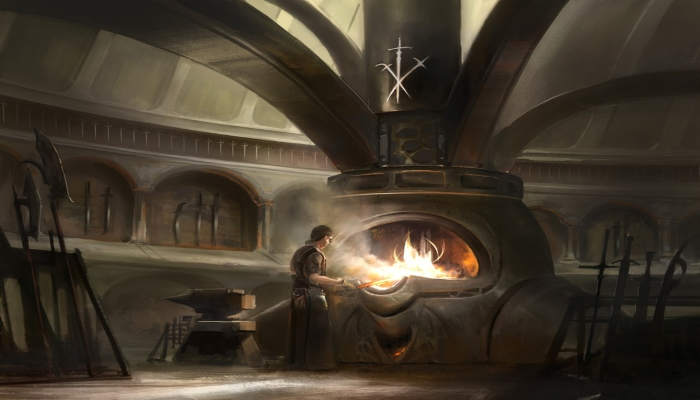 All of the cards below were printed in The Brothers' War, Double Masters 2022, or the Warhammer 40k precons. Some have even seen reprints in more than one of these sets, back-to-back. Keep up to date on price changes for your favorite in the Market Changes section. Ok, let's get started. 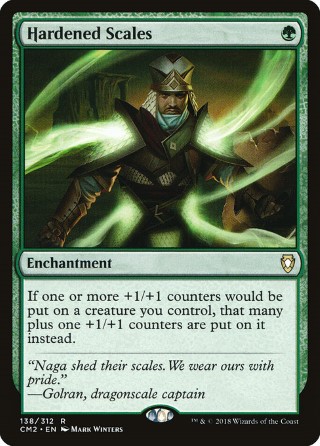 This one mana counter doubler sees play in Modern affinity decks as well as Commander. If you're running a +1/+1 counter strategy in any format where it's legal, it's a must-have. Thanks to reprints in the Warhammer precons and Double Masters 2022 the price is down from $7 to $3. 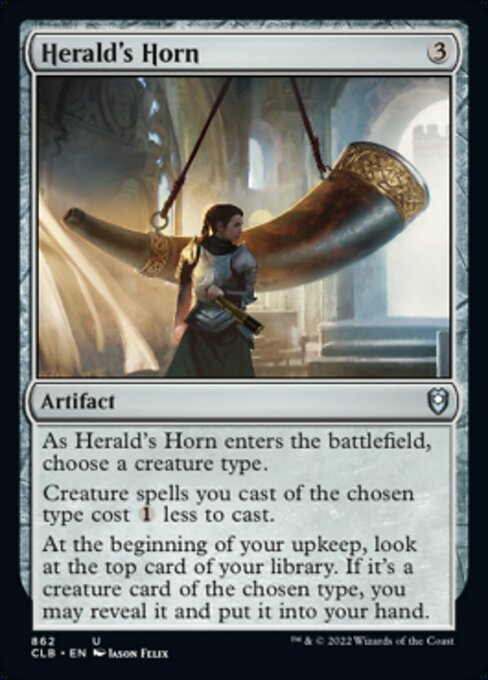 Here we have a long-time staple of tribal decks in commander. If your deck is built around a particular creature type, there was no reason not to be playing this card - Other than being on a budget, that is. Before its reprint in the Tyranid Swarm Warhammer deck, this would have cost you around $12.50. Now you can pick it up for around $5. 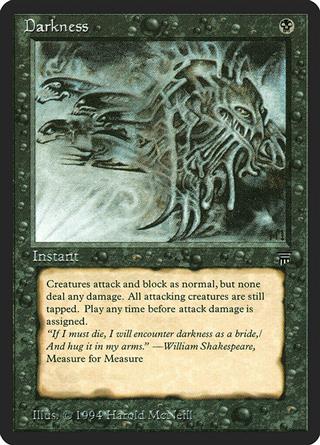 There are quite a few "fog" effects that can negate all combat damage for a turn. However, there is only one in Black and that is Darkness

. Prior to the Warhammer precon release, this card had only ever been printed twice - Legends and Timeshifted. As a result, it was sitting at around $12 per copy. Now you can pick it up for a much lower $3. This is one that probably won't see another printing for a while.

You May Also Like: HOW TO BUILD BLACK! The Black Council Magic Arena Podcast Ep. 14 Brother's War Alchemy Deck Build 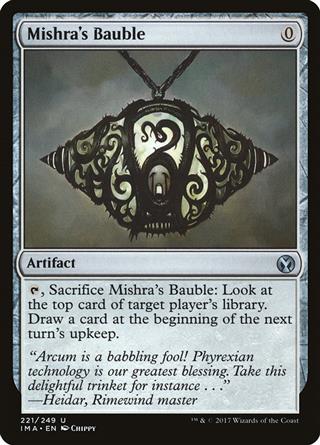 Once upon a time, no one played this card. However, if you've played Modern at all in recent years, you know this is no longer the case. It turns out that drawing a card and gaining some info all for free is good. Especially if you recurred it with now banned Lurrus of the Dream-Den

At its peak, the bauble would cost you about $10. After getting a "schematic" reprint in The Brothers' War it's gone down to $3 on TCGplayer. 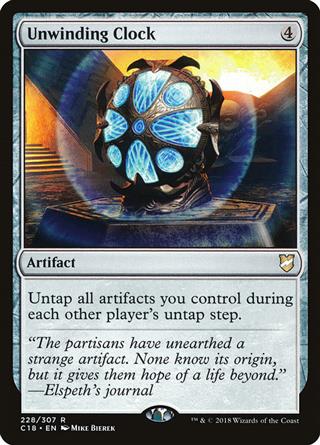 If you play an artifact-based strategy in Commander, this is almost an auto-include in your deck. There is nothing not to like about this powerhouse of a card - Other than the price. Once upon a time, a copy was $12. However, it can be gotten today for only $4, thanks to The Brothers' War reprint. If you need a copy of this, now is the time to get it. 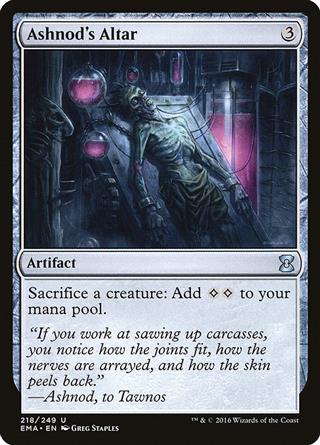 This one is a classic and it sees a ton of play in Commander. Not only is it a must-have if you're planning Aristocrats, but it also makes its way into countless decks as a combo enabler. It always has high demand and until now, it had low supply. As a result, the price was $15. Now it's sitting at $6.

You May Also Like: Best Removal Spells In Standard 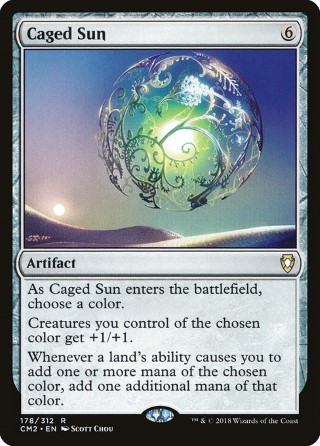 If you're mono-colored in Commander, why not double your mana and buff all your creatures up? That's exactly what Caged Sun

does for six mana. A bit steep to cast but it's well worth the effect. Mana cost isn't the only way the card "was expensive" though. Prior to the reprint in the Warhammer 40k precon this was at $6.50. However, you can scoop it up now for $2.50. 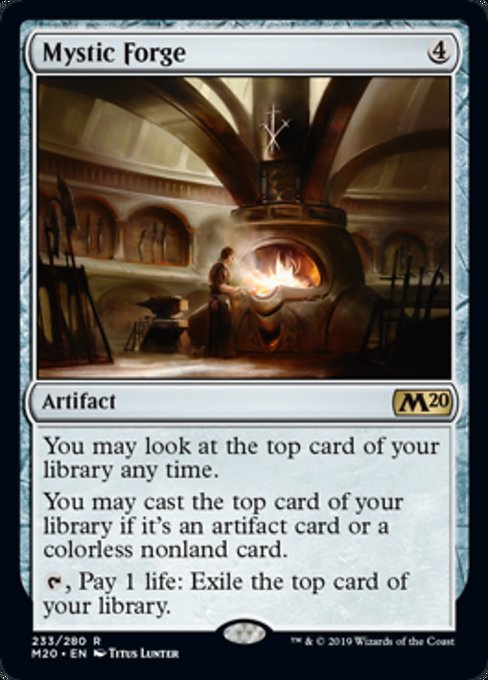 The forge offers so much card advantage to artifacts-centered decks in EDH. I've said this about a few cards now but I must say it again - The only reason you'd have to not include this in your Commander deck (assuming its artifact based) was the price. That said, now is a great time to pick some up as reprints in The Brothers' War and Warhammer decks have brought it from $11 to $3!

MTG players are often a frugal bunch when it comes to our favorite hobby and buying up cards after a reprint is a great way to save money while building decks. Hopefully, today's list has brought some nice opportunities to your attention. If you are interested in any card mentioned here, now is the time to get them.