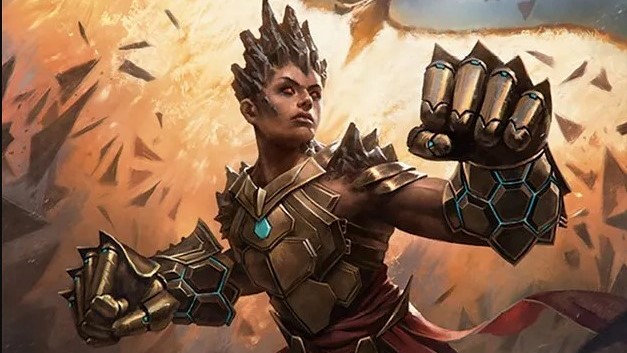 First week of official previews for Phyrexia: All Will be One has finally ended! There's a lot of information to digest, both inside and outside WotC. If you didn't have the time to check everything that has transpired so far, then you've come to the right place. These are the most important game-related updates known so far for Phyrexia: All Will be One from January 17th to 21st: 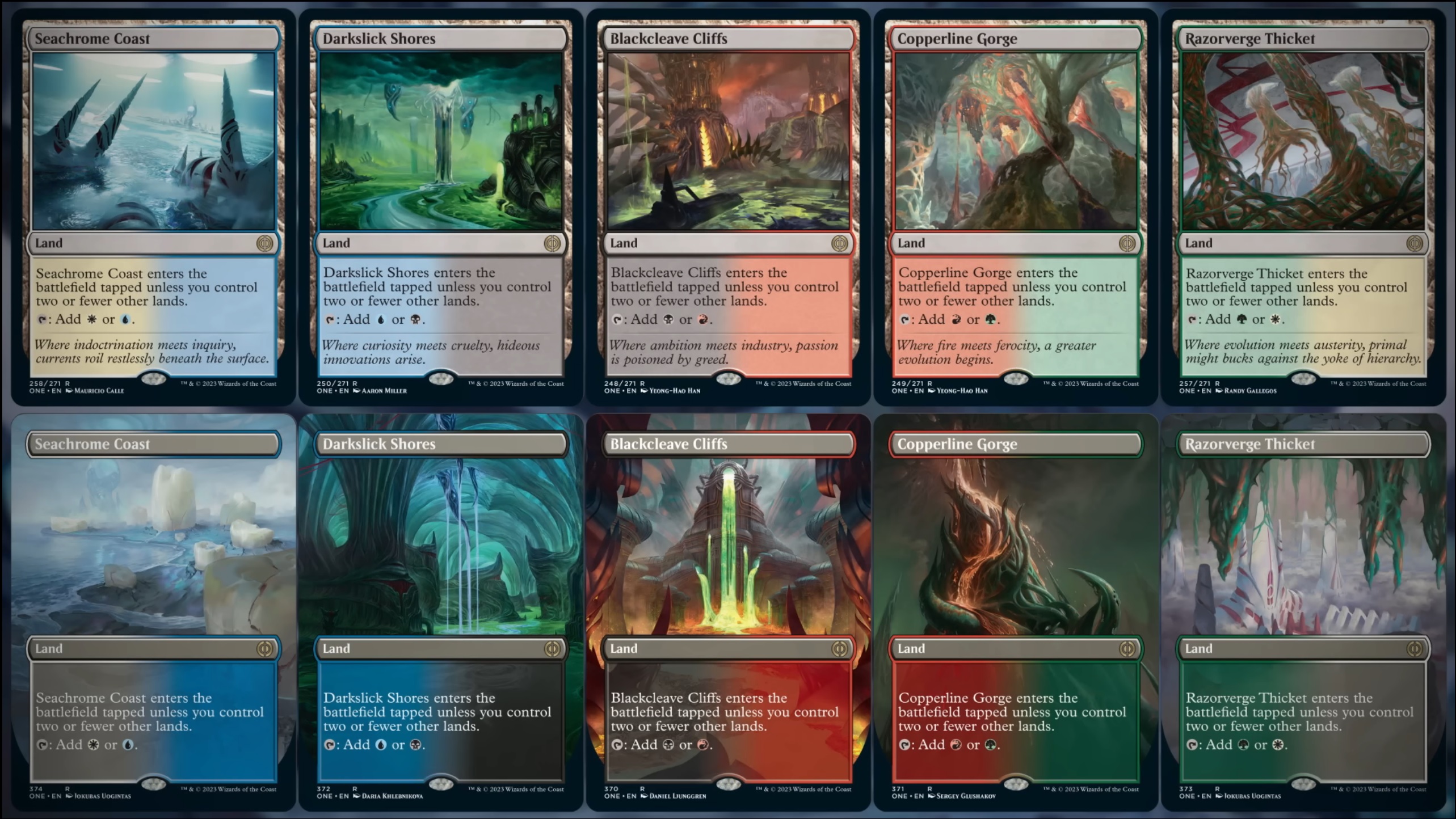 The flavor of the alternate art, of course, was to show how these formerly Mirran landscapes eventually got corrupted by New Phyrexia's influence. They were revealed as early as January 6th, but the complete set was first unveiled quite later on January 17th. 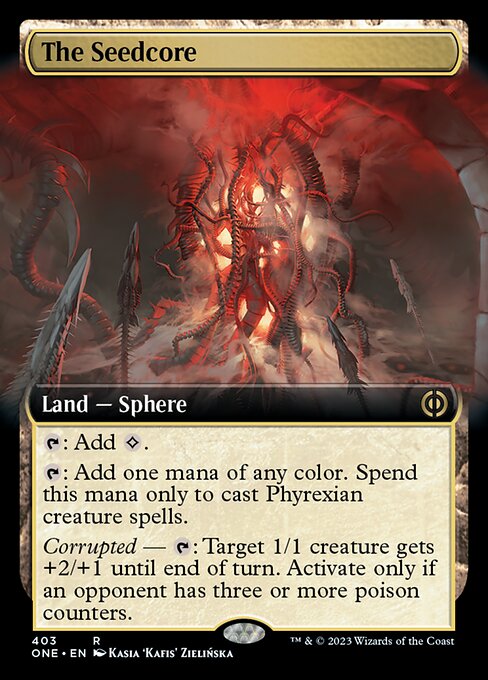 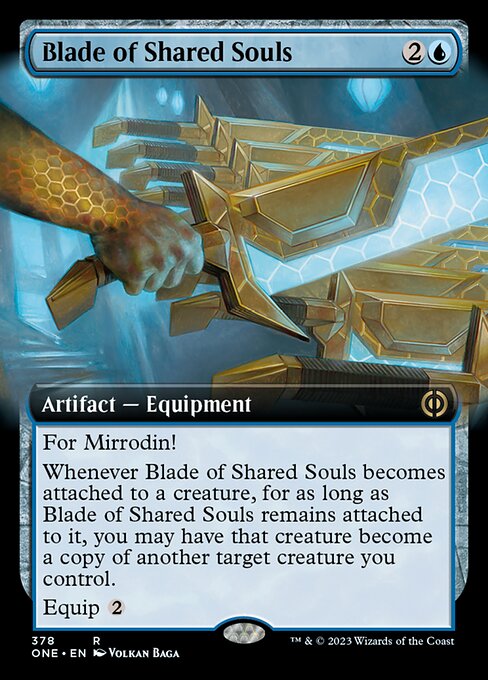 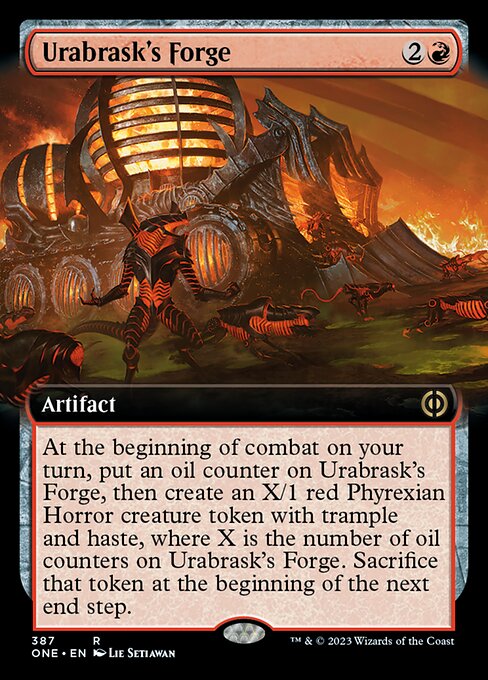 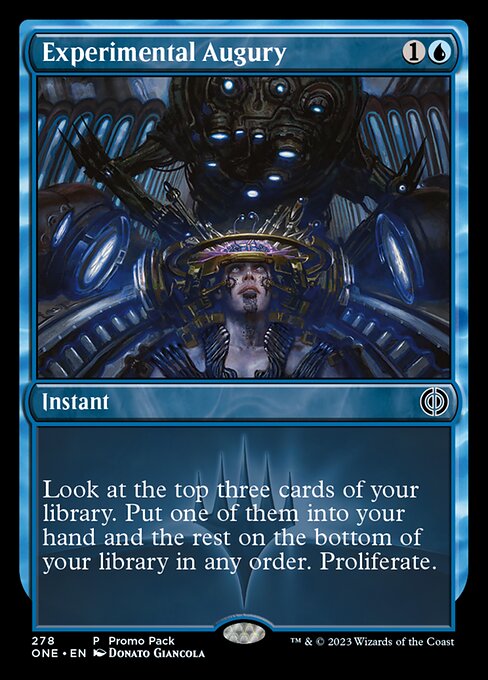 WotC confirms all of the mechanics that was previously shown by early Phyrexia: All Will be One leaks. Most of the details are already understood in our earlier ONE mechanics overview, so check it out if you need any other clarifications:

Spanish Phyrexia: All Will be One Card Leaks 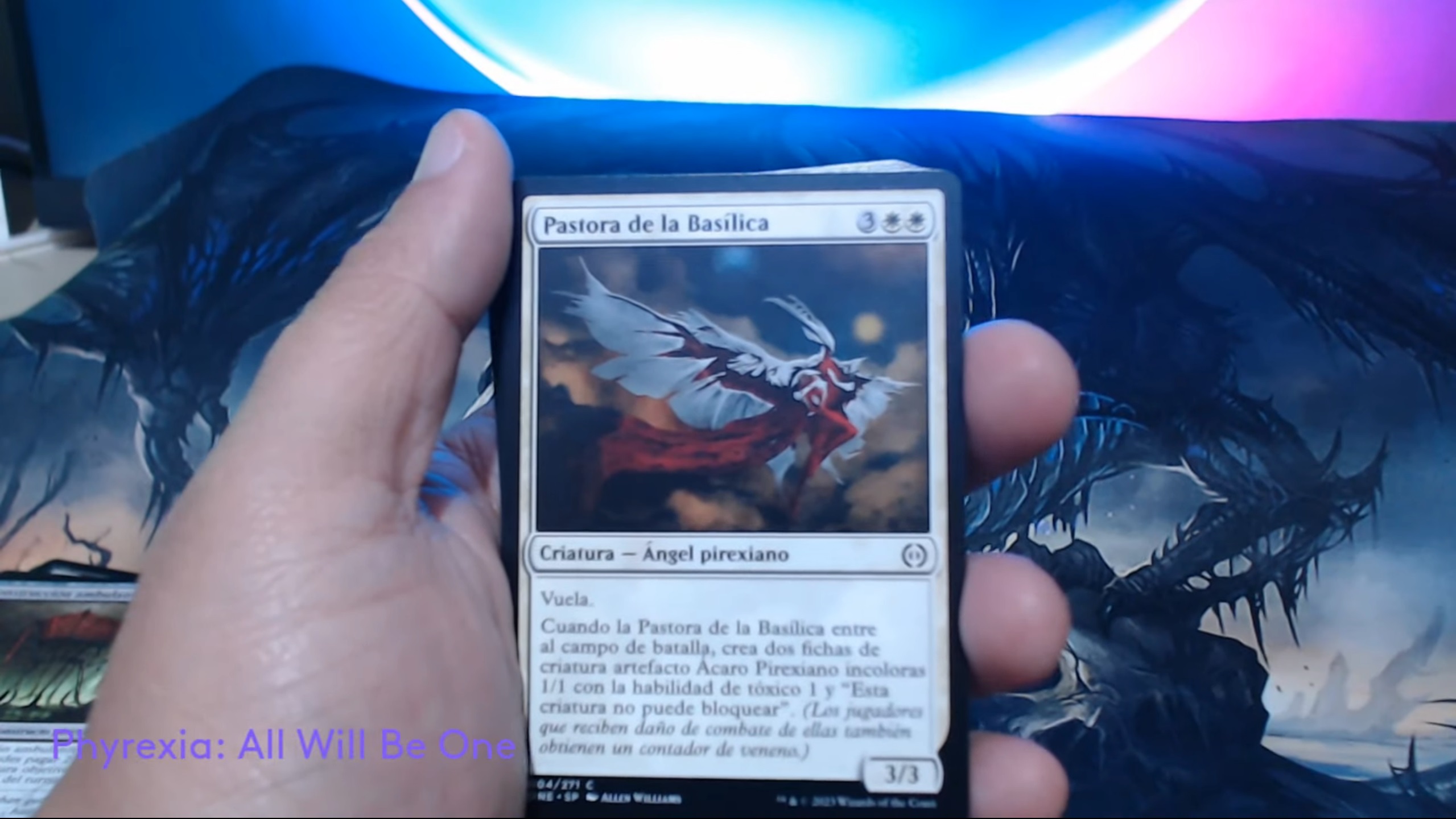 On the first day of official previews, a user uploaded a video on a fresh new channel named JAT Games revealing Spanish Phyrexia: All Will be One cards. Unfortunately, the video itself has since been made private, even the Reddit post has been deleted. The thread can still be viewed at this archived page, at least. 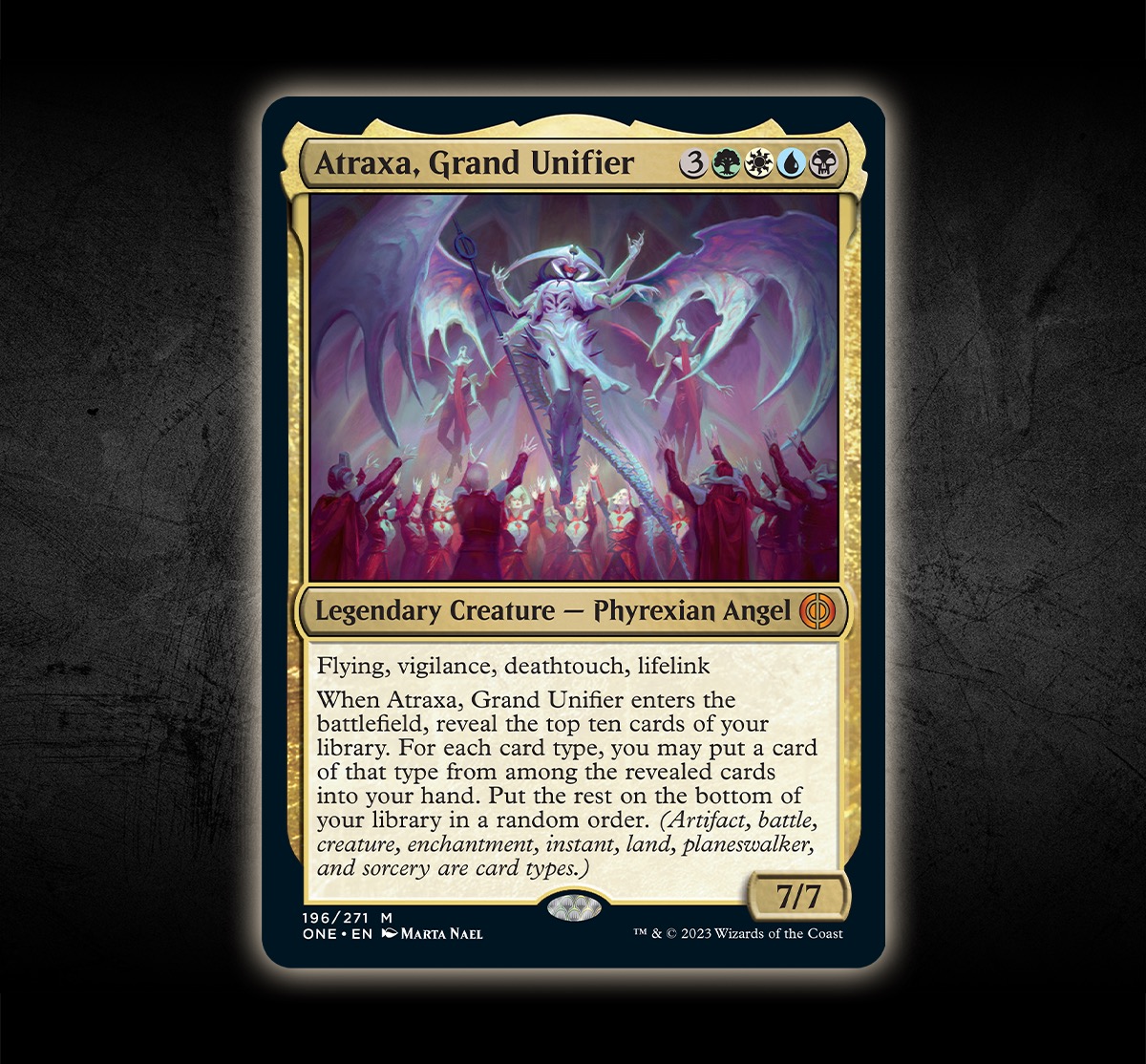 One of the biggest topics that suddenly turned up as official previews of Phyrexia: All Will be One started was one peculiar word in the card text of Atraxa, Grand Unifier

that suggests a brand new card type in the works. The text lists every card type for the first part of her ability at the very end, which includes the keyword "battle".

Is it going to introduce separate battlefields? Would there be another mini-game inside a single main game? Surely it's different enough that it can't simply be designated as an enchantment right? Ideas as still completely up in the air as of the writing of this article. Needless to say, this new "battle" card generated discussions within online communities, generally speculating that it might be a reworked version of the cancelled "skirmish" cards from War of the Spark.

Phyrexia: All Will be One Commander

Preview day also marked the reveal of the two preconstructed Commander decks for Phyrexia: All WIll be One. The first deck is an Abzan Toxic/Corrupted themed deck showcasing New Phyrexia and its forces, while the second is a Boros deck featuring plenty of efficient token generation tricks.

WeeklyMTG teased a few featured Phyrexian-themed cards that will be included in this set's Secret Lair selections. These will be available in both "oil slick" and "compleat" foil forms. 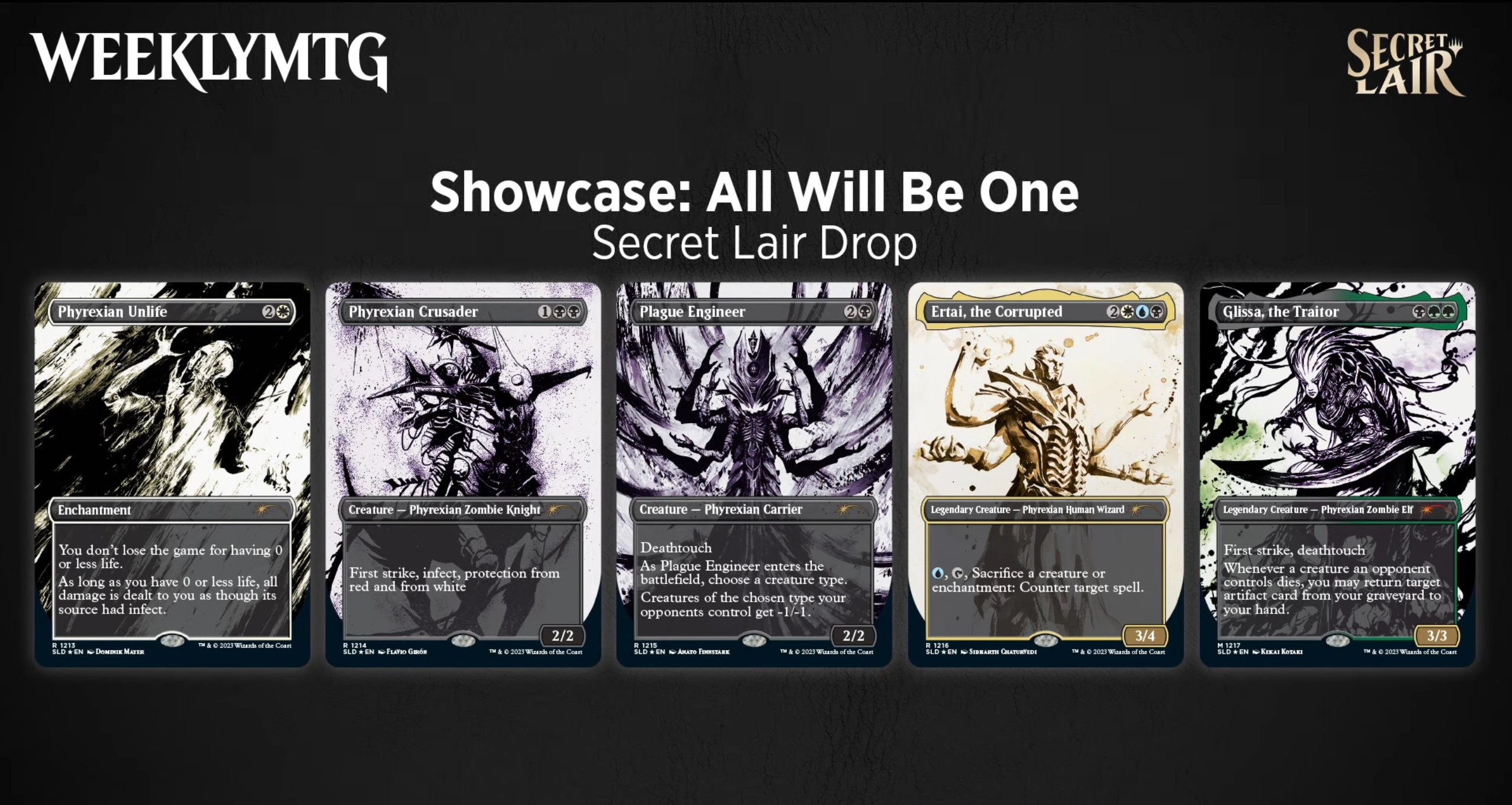 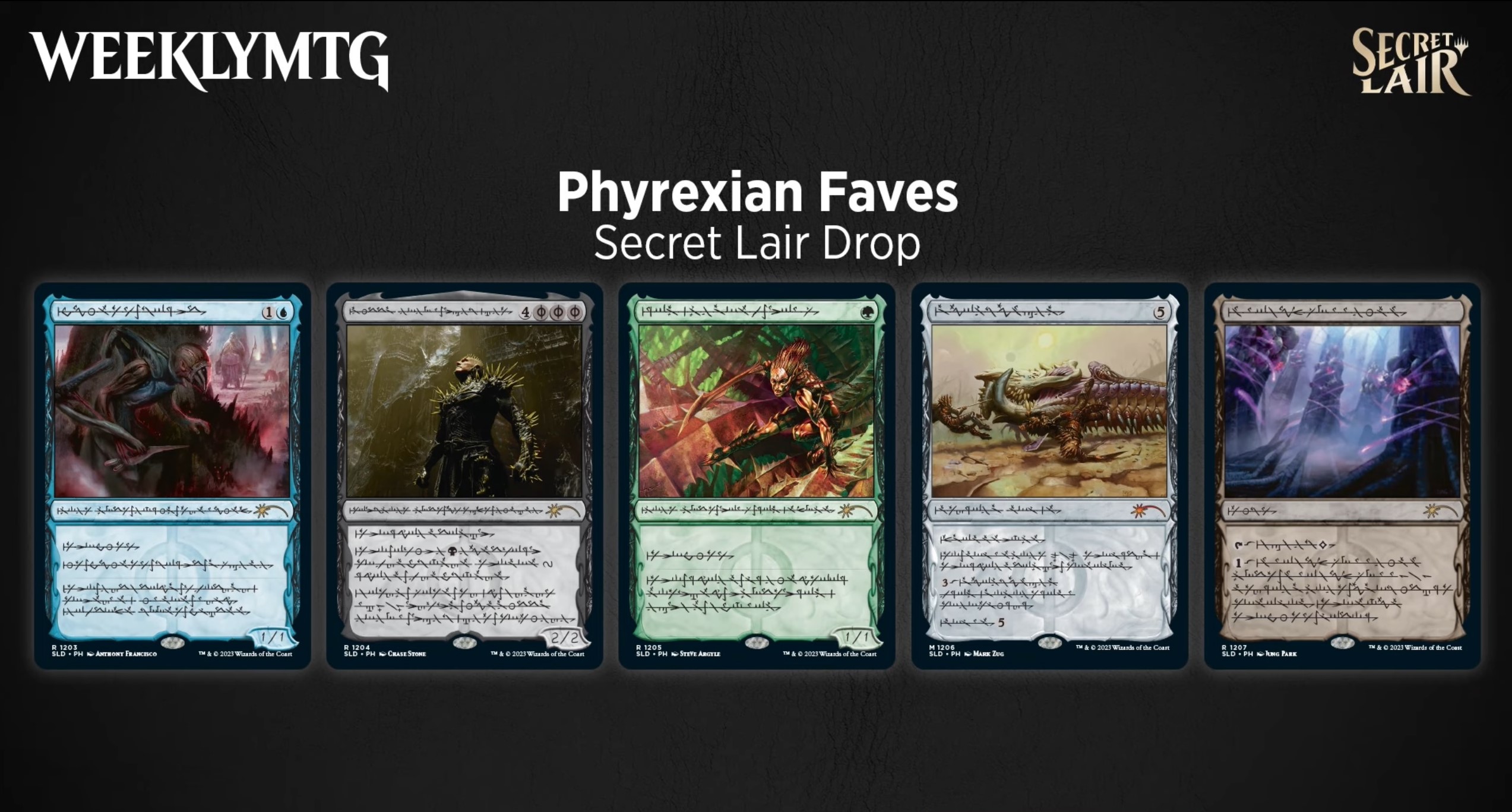 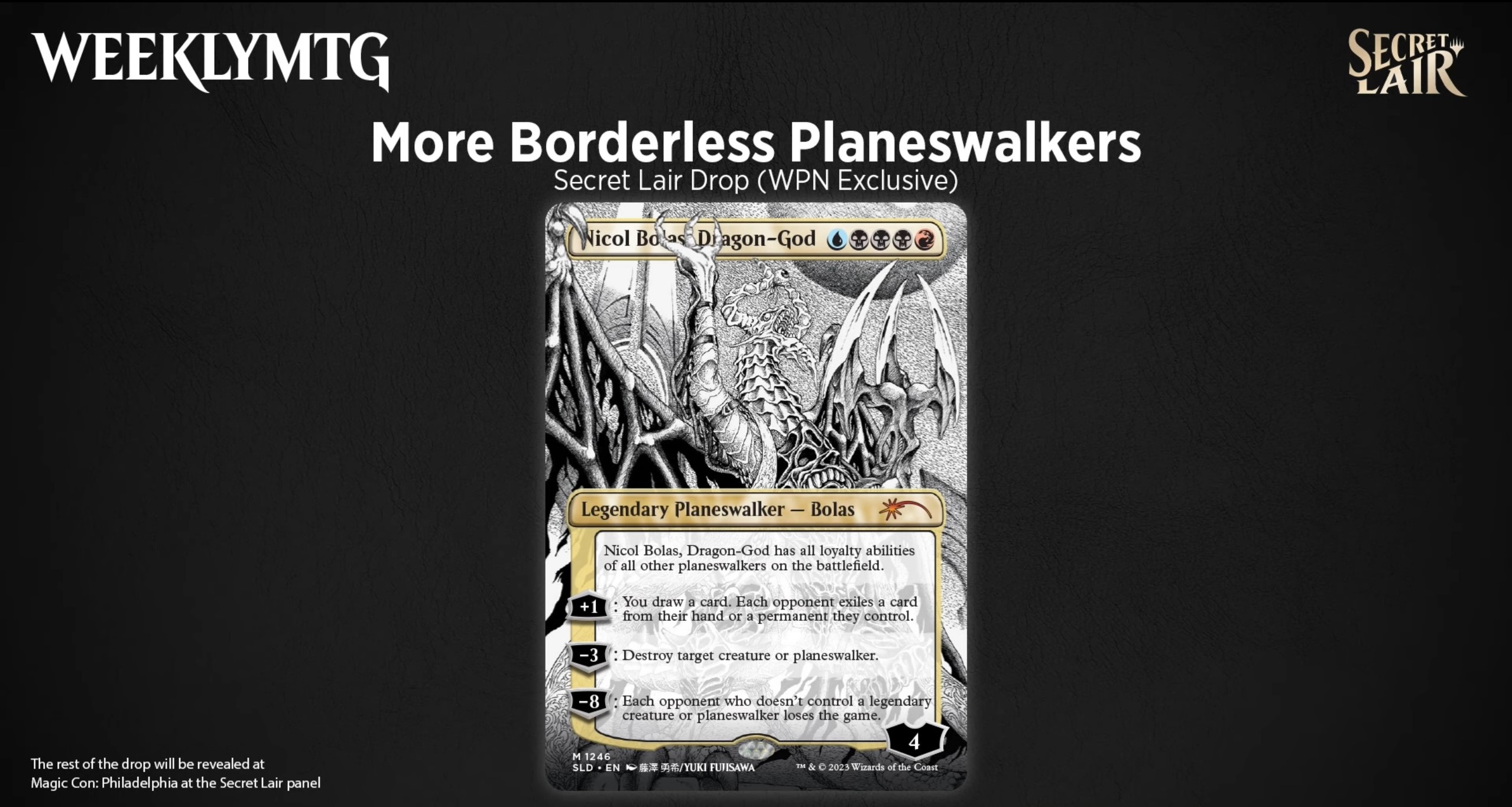 A total of 187 cards will be added in The List for Phyrexia: All Will be One, chosen mostly for their flavor via themes of mechanics. Among them, will be a Secret Lair x Street Fighter card from Universes Within. Here's a shortlist of what you can find:

Phyrexia: All Will be One Spoiler List/Previews 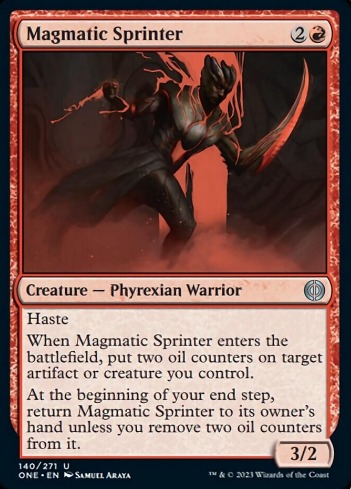 And of course, you can check out our actively updating spoiler list to get a complete view of the newest cards, sorted by the day, and fully testable in our deck builder!

(Phyrexia: All Will be One set information)