More Toxic and Oil for Huge Phyrexia: All Will Be One Leak 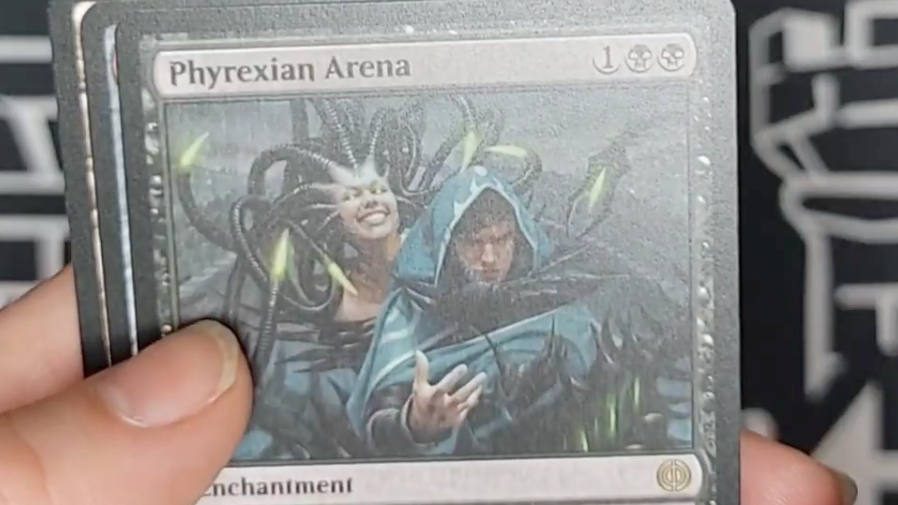 UPDATE (January 6, 2023 10:31 AM EST): Looks like the leaks actually came from a freshly made YouTube channel, to which another Reddit post updated the leaks with even more card images (on the videos) that were not shown in the previous two Reddit leaks.

Several posts today from Reddit (first list, second list) have leaked even more cards for Phyrexia: All Will Be One. The details of the source are not clear at this point. But the card designs and their effects seem quite legit, and align perfectly with the officially unveiled cards so far plus the advertised theme of the upcoming set.

While the additional poison counter-related cards give us a clearer picture of the viability of the new abilities Toxic and Corrupted, another new ability stands out from the rest: For Mirrodin! It seems to work like a Living Weapon card of sorts, the flavor of course being the previously teased rebels of what was once Mirrodin.

Other cards also offer interesting new insights on the set, with some of the new toys potentially being new staples to current builds. Oh and, seems like the new artwork for Phyrexian Arena

compleatly removes all doubt from corrupted planeswalker leaks from a month ago. 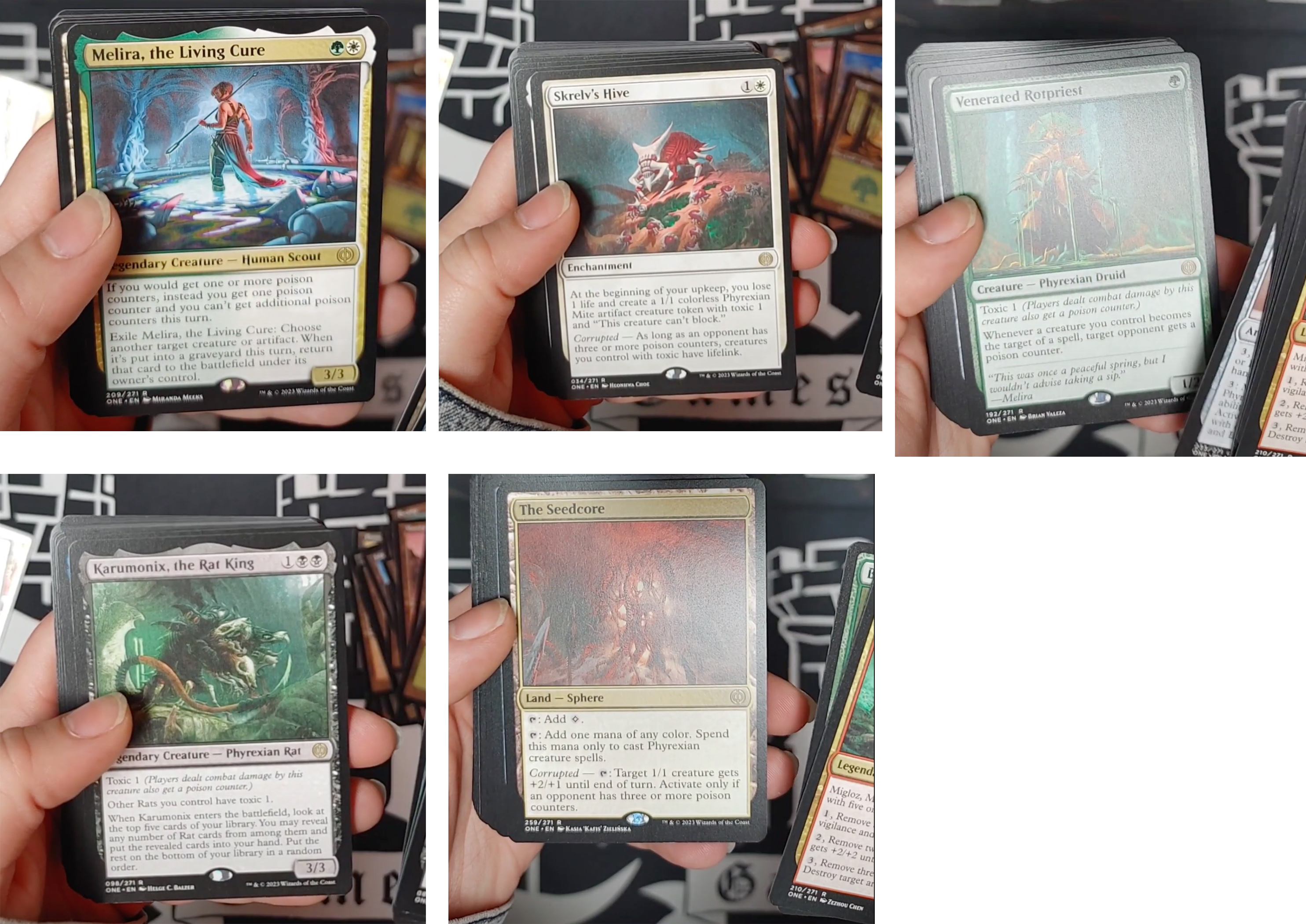 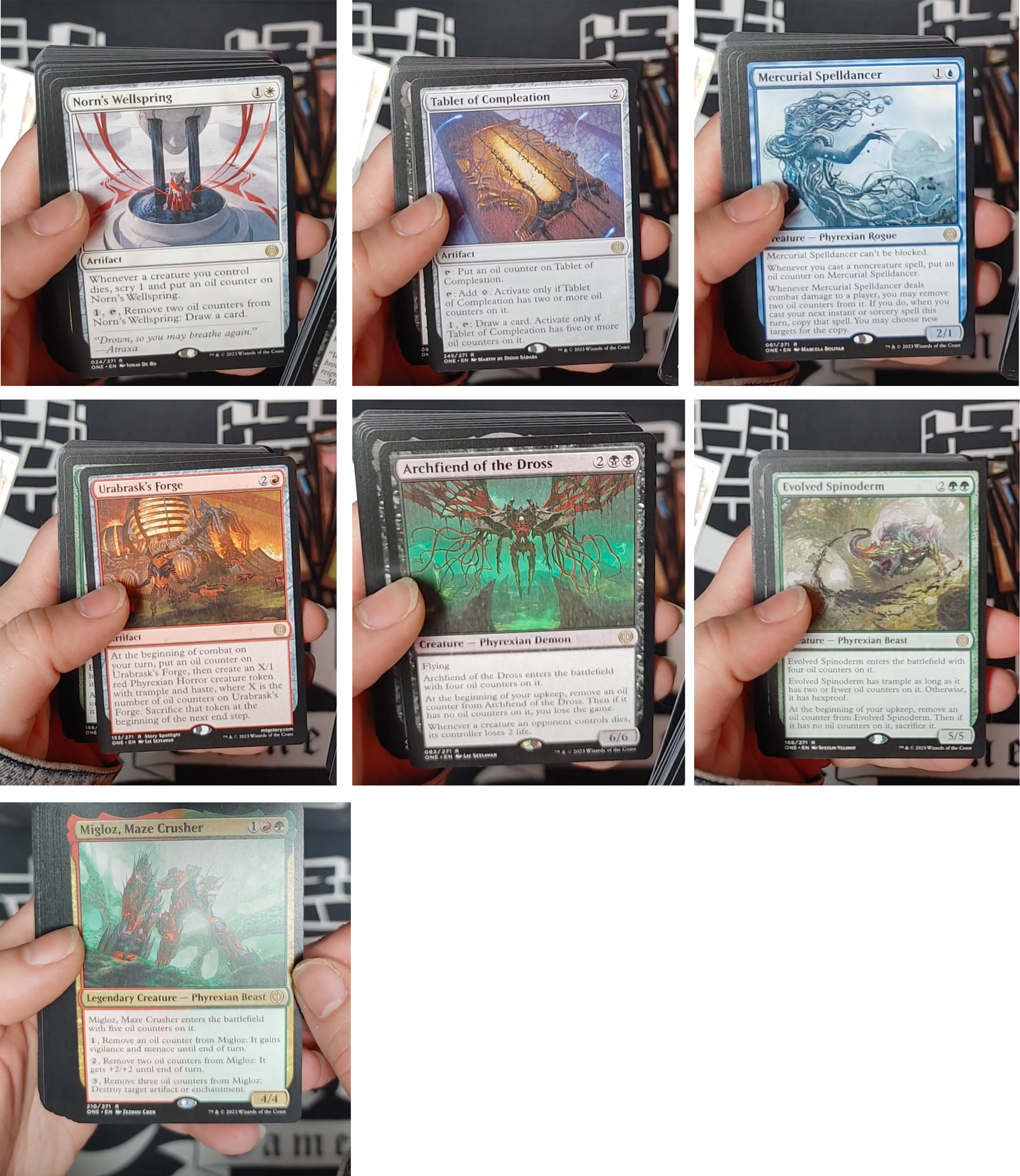 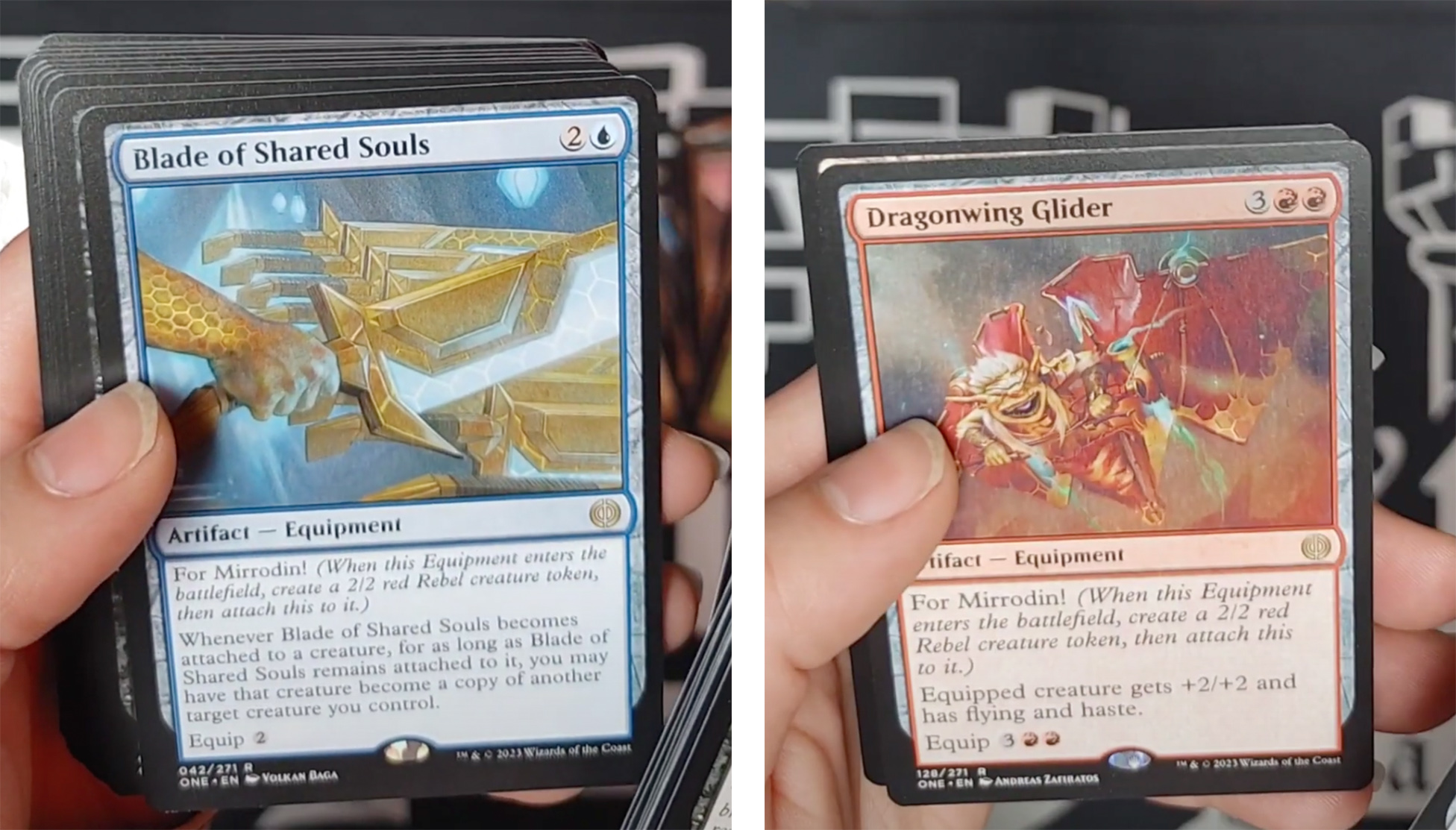 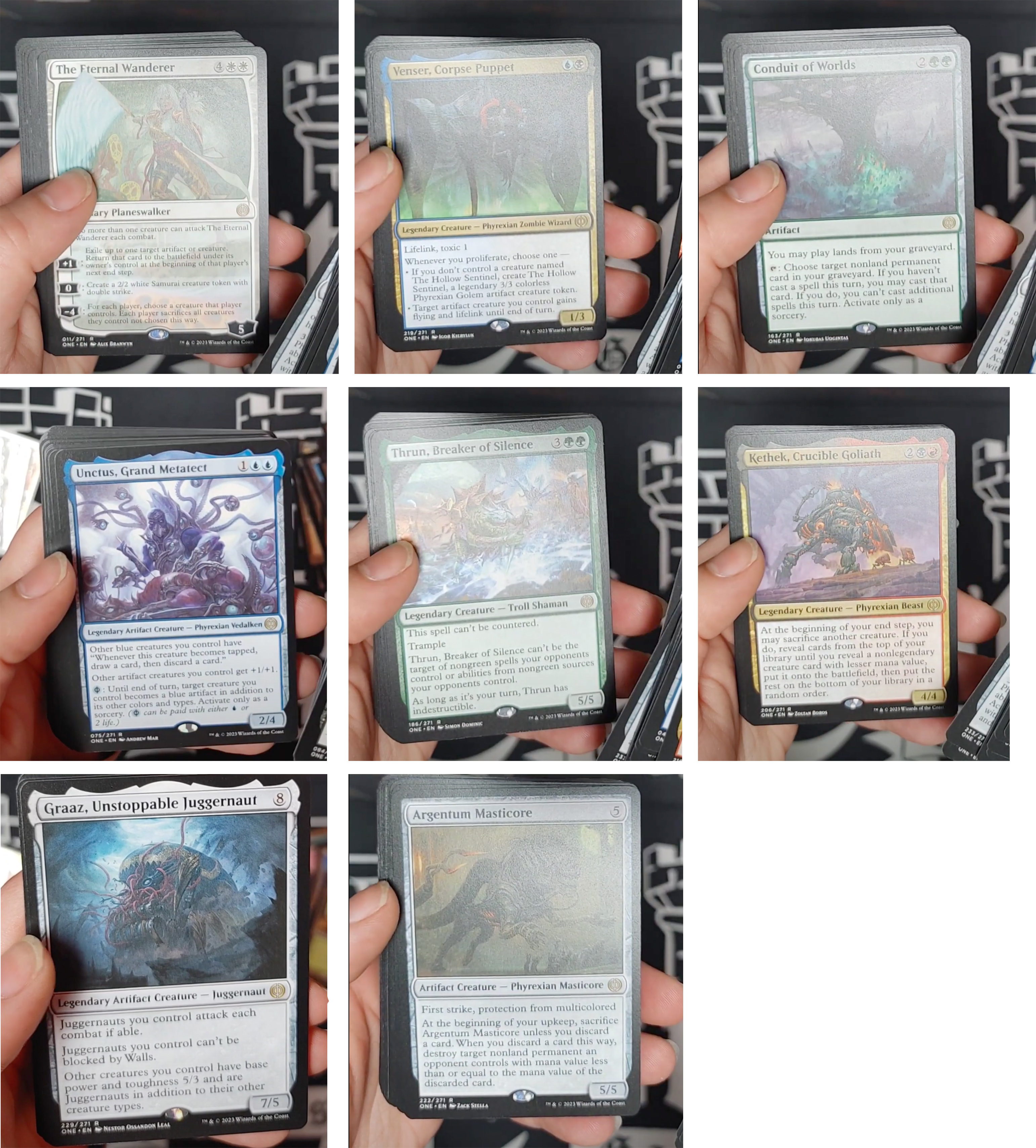 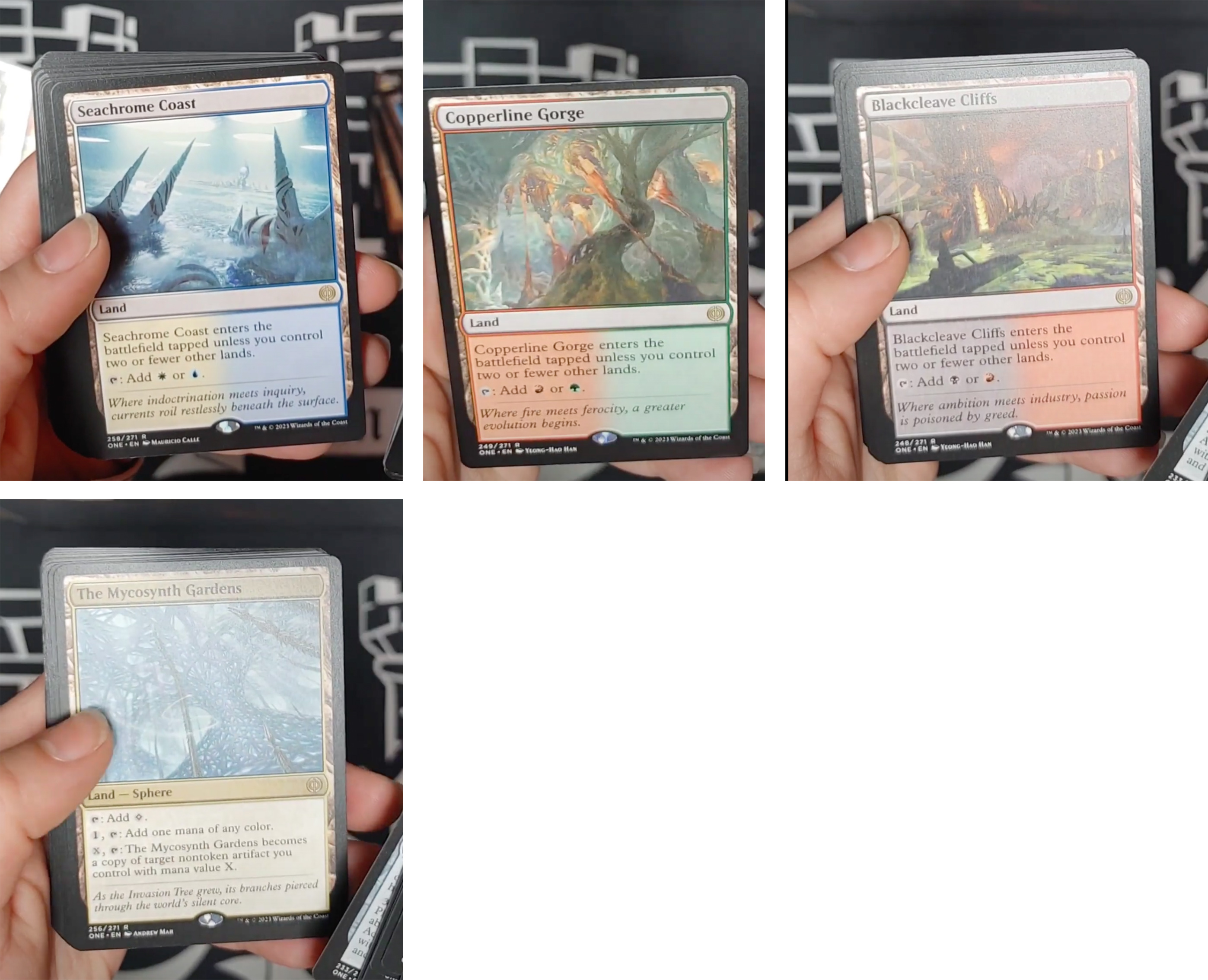 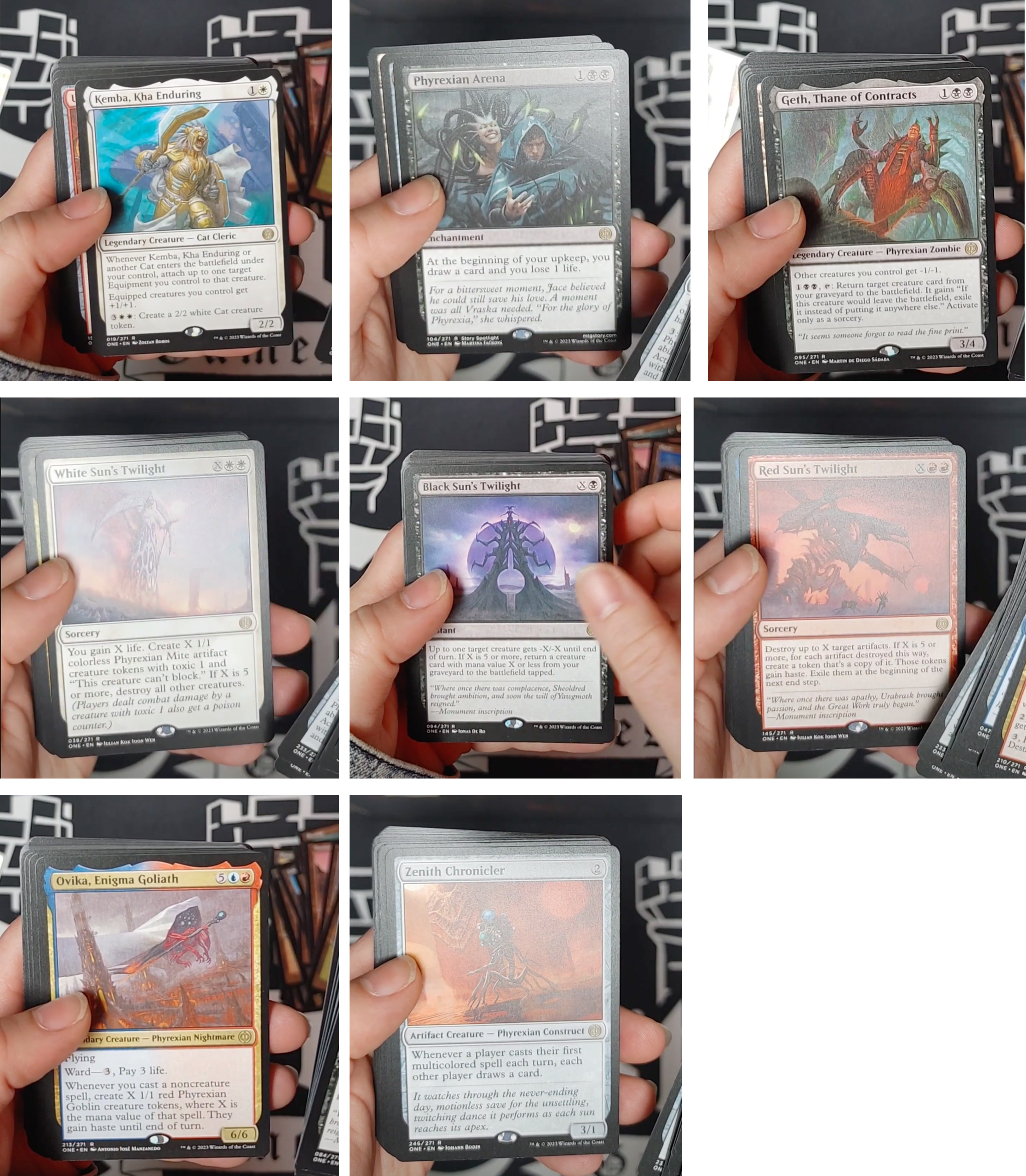