Let's get straight to it. The following question was asked on Twitter:

"When will you finish the sorcery magus cycle?"

Gavin goes on to show how they printed each color other than green in various Commander products and then says that they will release the Green Magus in Commander Legends. He doesn't say what it does and leaves us to speculate on what it could be.

For a refresher, here are the other Sorcery Magus cards: 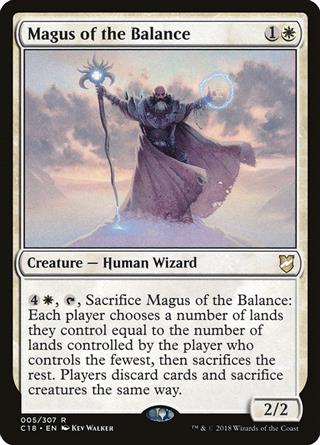 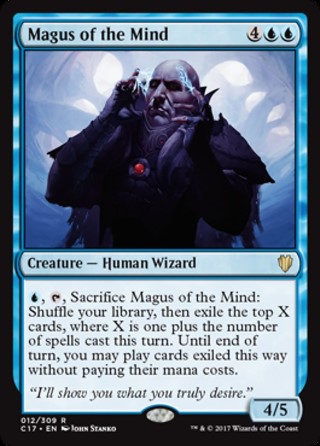 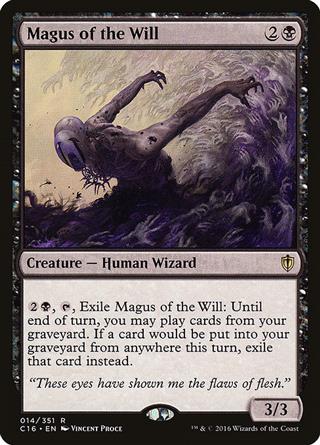 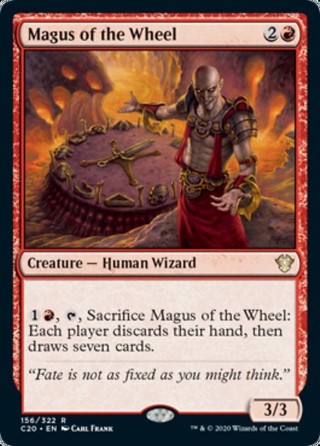 Since the Sorcery Magic cards are all printed in Commander products, they should be designed with Commander in mind.

All of the existing cards use cards that are printed in the older era of magic, with Balance

and Wheel of Fortune

being printed in Alpha and Mind's Desire

being printed in Scourge. All of these Sorceries had their first printing in the older frame, so we should use that to limit what time period this new Magus could use.

tops my list as it's a great Commander and it's similar to the White and Red Magus in how it allows everybody at the table to get your effect. In addition, the first printing of Eureka was in Legends, which uses the old frame.

is also an interesting and powerful effect in Commander and it does affect all players. Needing to tap the Magus balances it as your opponents will see it coming, but Shaman of the Forgotten Ways is already a card. Biorhythm was first printed in Onslaught.

is a bit different in that it does have an additional card. However, all Magus cards force you to sacrifice a creature, so this shouldn't be an issue. Searching up your library for a creature is perfect in Commander, so this could also be a possibility. Natural Order was first printed in Visions.

What do you think are some possibilities for the Green Magus?

Intrepid_Tautog 24 May 2020 16:19
I would love to see a Eureka variant printed! I could also see them going with Magus of the Genesis (Genesis Wave): it's a newer card, but popular and splashy for EDH, Magus of the Resurgence (Nature's Resurgence): great for graveyard decks, and though I imagine they'd never do it, Magus of the Channel!