The Mardu Horde:
The Mardu Horde are fearsome warriors that live for the heat of battle and thrive on the rocky wastes of Tarkir. The clan's main encampment is at the cliffs where an ancient dragon died. They routinely conduct vicious raids against the other clans and regularly combine lightning magic and archery to strike at their enemies. The Mardu’s Speed allows them to raid the territories of the other clans, thus they proudly wear the Wings of the Dragon as their symbol. Raid and Dash are the mechanics of the clan. Raid allows additional effects to activate if you have attacked with a creature during the current turn. Dash creatures have an alternative casting cost that lets you cast them with haste and then causes the creature to return to your hand at the end of your turn. The Mardu thrive on the battlefield.

As the Mardu, you are allied with the Sultai and the Temur. You win the game when both of your enemies, the Abzan and the Jeskai, are dead. 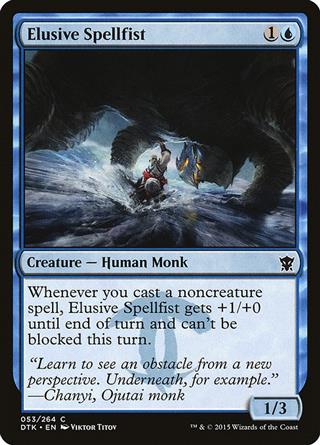