What is new on AetherHub? Compilation of recent features

We are always working on new features on the sites, we are daily making progress on features, fixes. While we document everything in our Git repository which we might make public, we do not write a lot about our new features other than post short Twitter snippets that not many people read. Which means there are probably a lot of new things you do not know about on the site. I will, therefore, make more articles like this in the future and talk about the new features we make.

Website Dark mode
See that little moon icon on the top right beside the login, on mobile, you will find it in the side menu. This is a button for toggling dark mode! After a lot of people asking for it, here it is. The site also supports a new web standard that detects if you run dark mode in Windows and automatically toggles it!

Language support
Play MTG Arena in other languages than English? We now support all languages in our MTG Arena deck exporter, just select the correct language in the drop-down menu. We will also remember your preferred language in our settings. We also support importing in any language! As someone who plays MTGA in English you probably don't know this, but playing MTG Arena in a foreign language means you cannot import decklists written in the language you have chosen! 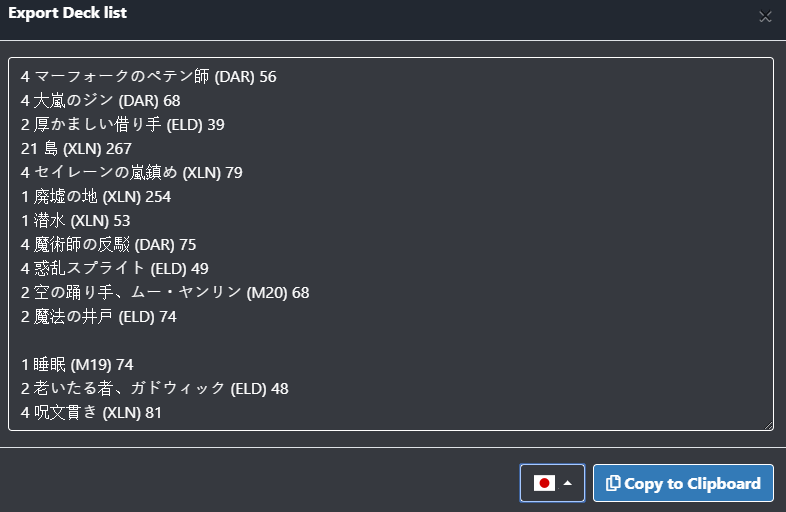 Notifications
If you have used the site you have probably noticed the Bell icon on the top right. We have made a full-fledged social system complete with following other users and getting notifications when they post decklists or other content. In addition to that, we have a leveling system where you level up for social interaction rewarding you for engaging with content and also the person you engage with. A list of the top Community users can be found here.

Visual Deck builder with external import
Not only did we make a Visual deck builder MTG Arena style that does not require logging in and stores your deck in the web browser. We also made it possible to import decklists from other websites using only the URL, check it out in action with this link. Full documentation can be read here. Oh, we also updated the classical deck editor to support Advanced searching for cards by using the same search engine used in the Visual builder.

Commander and Brawl Search options
Added to the DeckHub but also inside of decks and from CardInfo pages. Making it easy to find decks for your favorite Commander. 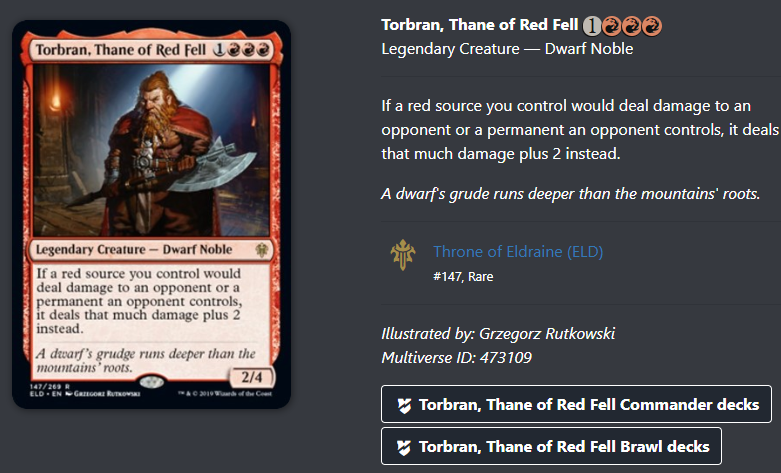 Legality engine support for Commander and Brawl
This one was a lot of work and had us redesigning how the whole Commander deck layout is structured. The system identifies your Commander's color legalities and compares it to the rest of the deck, in addition, to check the whole deck for the normal legalities.

Documentation
We have spent some time documenting the features on Aetherhub and how to use some of our tools, this can be found under Database -> Documentation.

MTGO TIX Prize support
You can now see the MTGO TIX prize of each card together with dollars and euro. Purchase links are mapped to Cardhoarder.

Deck embedding on external sites
Embedding with Iframes is a hard thing to pull of right when it comes to decklists and some compromises have to be made. We wanted other sites to have a quick and easy option to embed decks. Now you can get an embed link of any public deck from the Export menu. This also has a Light/Dark mode and we support Content Creators with TCGPlayer Ids, earn revenue from card sales with the embed function! Check out the documentation and how it looks here.

Limited Ratings and Draft Sensei with comments
We have added all comments on cards with our Limited tools under App, now you get to see the reasoning of Luis-Scott Vargas whenever you answer the draft quiz.

Merchandise shop
We have gotten our own merchandise! Playmats, card binders, hoodies, and other gear are provided by InkedGaming and tokens from Cardamajigs. We are working with artists to provide more quality products in our lineup.

Tourney Improvements
Our tournament system has had drastic improvements this year. While the base system for pairings, standings, etc. has stayed the same we have added a lot of functionality for running live tourneys over the web. There is now a system for delivering results live inside of the web browser, a chat system where players can communicate. We also have the option for deck submissions now which also works with our legality checker. You can now set a starting date for your tourney and a countdown will appear on the sign-up page, and we have an input for MTGA nick so users can easily pair up against each other.

MTG Arena Guides
We have grouped together articles for MTGA and made a section for them under Database, here you will find useful writeups for both new and experienced players playing MTG Arena.

Major refactoring of the code and using CDN
A lot has been going on behind the scenes in regard to improvements in both speed and efficiency. We have rewritten a ton of backend code making drastic improvements of the site and we have started using a Content Delivery Network to ensure a much better experience worldwide.

Countless layout improvements and changes
We are always tweaking and adjusting the layout, there are thousands of changes and most of them you probably have not noticed, but each one of them adds up to the overall site quality.

Deck Import/Export overhauled
Not only does it now support all languages. It also is a lot more intelligent and does not add promo cards when importing. We also support the Brawl MTG Arena format for both importing and exporting

New Gallery view
We now have something we call Gallery view on decks which is meant for taking print screens for use on social media etc. It arranges cards in a neat way on screen and displays all deck information on one screen.

This past month we have committed hundreds of updates to Aetherhub, a lot of progress has been made and we only feel we are starting. In the coming months, we will focus our energy on a new project that also ties into the website. We are not ready to speak about what this is but are looking forward to announcing it to all of you soon!