It has been 2 years and 2 months since the first version of AetherHub went live. We have come a long way since then. To celebrate we have something extra for you first 35k users of the site. So how was the website in the beginning, compared to today?

To be honest, I wish I documented more of how the initial website looked, the earliest screenshot I could find was from August 2017 which is 6 months after release. At this point we only had our Tournaments software which was in its early stages, it was made to replicate real life tourneys and was mostly for us to have a place to register our FNMs that were run once every week. 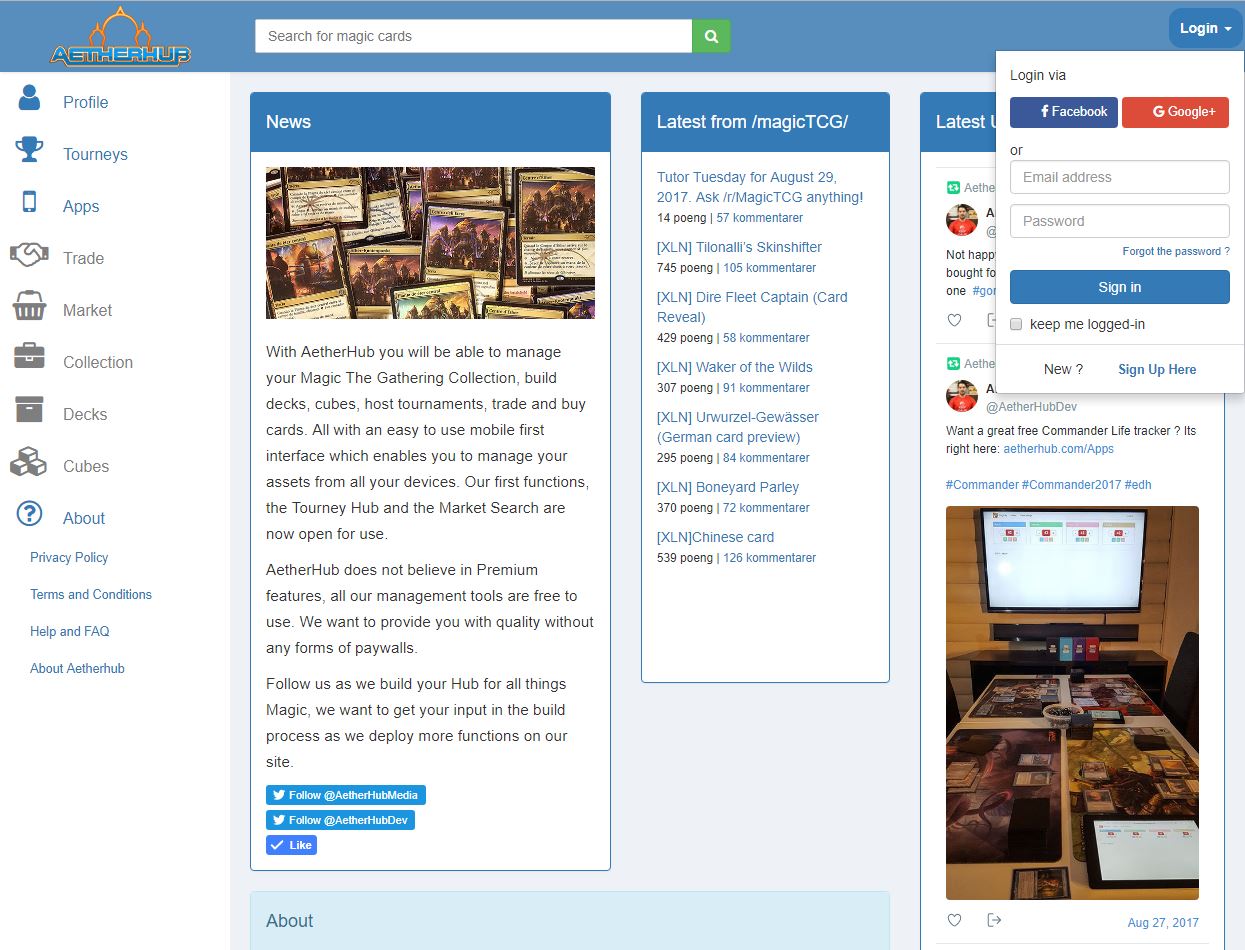 As you can see from the left side menu, we still have a long way to go before we are done with all the tools we had planned from the beginning. A lot of what we had today was never in our original plans to make.

MTG Arena, the start of a new era for Magic: The Gathering

The whole reason for Aetherhub's existence is MTG Arena, the moment we saw the announcement of a new MTG client both myself and my fellow partner on AetherHub understood that this was going to make Magic huge! Now how could we combine this with making something useful for the community, something we might be able to do fulltime in the future, and in which direction should we go. The first thought was something web-based, the ability to scale the whole world combined with the ability to serve users 24/7 without any break immediately came to mind. It was also something both of us were familiar with and considered fun. Working on AetherHub is kind of like being 8 years old again and building stuff with your lego, trying out new things, improving your build from yesterday expanding into new territories. The main difference is that this time you have access to all the building bricks just by the push of buttons, there is also no space limits, you can build as big as you want.

Combine this with MTG Arena where we have thousands of new potential players coming in, returning old players, other CCG players looking for new challenges and the potential to take the throne as the number one card game in the digital world in addition to the physical world! It really became a no brainer when you take into consideration that this game is so great it has lived for over 25 years and people are still hyped over it to this day. The game has already proven itself and it only needs a next-generation platform.

Why do one thing when you can do everything?

When I sat down and looked at the services available on within MTG and also what other games like Hearthstone did, there was one thing I realized. I did not want to take a narrow path! Now, what do I mean by this?

"Trying to do everything means you will accomplish nothing"

A well known saying which you probably have heard before. Many sites choose to narrow down on one path and be very good at that, which is a great strategy. We, however, went the opposite way, if no one has the balls to do everything then let us be the first. It is not that we thought we would be able to do everything from the start, even now, over 2 years since we have started we only have a handful of the functions we are aiming for. But one thing we did from the start was not limiting ourselves by the brand name, rather the opposite! Aetherhub - your hub for everything Magic. This was our mantra from the start, we want to have the potential to do everything! Look at the names for a lot of other MTG sites, they already limit themselves out of the gate by using names containing keywords that define their limited scope. Branding is important, especially on the web, as it may define your whole potential and rebranding later is not an easy task.

Why did we choose the name AetherHub?

We wanted something universal and tied to MTG, at the same time it should also be simple. So we looked at other sites and especially Channel Fireball. Do you know where that name comes from? Let me show you: 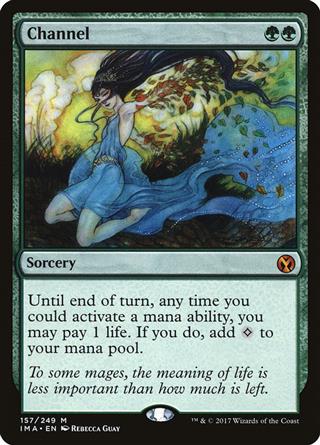 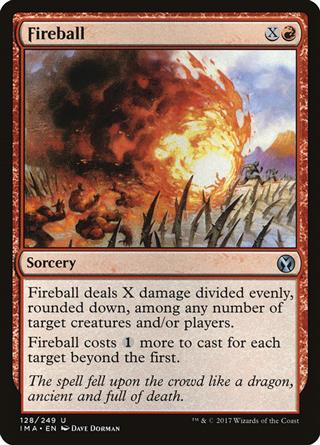 They got their name from an MTG Card combo! This seemed like a good idea, so we started to look at cards and what cards had the potential to be a name for an MTG website. Our thoughts immediately went to iconic cards like Black Lotus etc. but we did not really feel that made any sense and also did not make any sense for newer players. We then started to look at recent sets and very quickly it fell on AetherHub, no other remotely close candidates at all. The name has everything and as a bonus, it also takes a known word like Aether which is also used a lot in fantasy and combines it with Hub which is what we aim to be, a hub for Magic: The Gathering.

A Bonus for our first 35.000 registered users

As a thank you for being our first batch of users we want to give all of you extra deck slots for your private decks, normal users get 3 slots, we have upped this to 10 for our first 35k users. During the first beta phase there has been no limit on Private decks, those of you who made over 10 private decks will still keep them, but cannot make additional private/open decks.