Warning - Bugs are causing imported decks to crash the client

After the Update the 14th of February it has come to our attention that some decks freeze the MTG Arena Client. We found the reason, and here is how to prevent it until it gets fixed.

I noticed this problem when I was playing around with our deck exporter as I wanted to support different art for basic lands when exporting decks. I accidentally copy-pasted a card two times in the same decklist, causing my whole game to crash. Well, it did not crash when I imported the deck, it crashed when I tried looking at it. The whole screen just turns black and there is nothing you can do but to force restart the client. 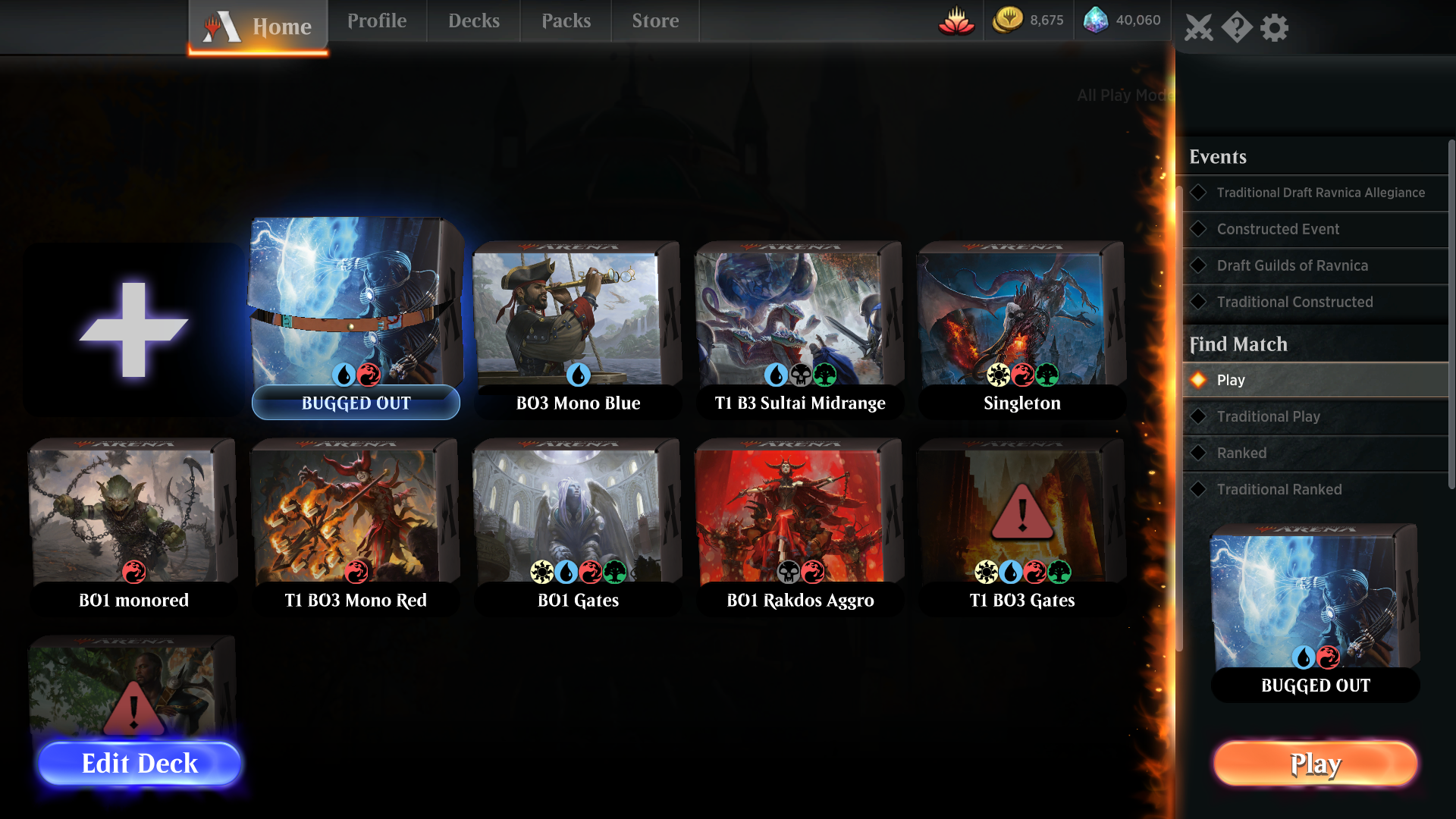 Weirdly enough you can still play the deck without any problems! So what exactly did I to? To make it easy I will post two decklists here that will cause the game to crash. No worries it does not do any permanent damage (I think).

If you copy these they will be on the same line so you have to edit them in an editor and make new lines for each card. So you see the pattern here? Now, why is this relevant to Aetherhub? Well, When people export decks with different versions of a card like a normal planeswalker and a promo planeswalker. The importer on Aetherhub puts these two in a decklist with different art, but when you export them it does a quick convert and converts both to the non-promo planeswalker, causing it to be the same card twice in a list. Now, this was not a problem before, but in the current MTG version, it causes the game to crash if you try to view it. Nifty isn't it? While we will improve the exporter it requires a large amount of work as we have to redo the whole structure we would love if more people could report this as a bug so it gets fixed.

Honestly, we are hoping for MTG Arena to just support normal decklists without any extra numbers or set definitions and we think that it is going to happen in the future. There is no reason to make it hard to make decklists for the game but it should also be easy to just export a plain decklist from the game that you can use in a paper tournament. Until we get a fix, try to keep the same edition of planeswalkers in your decklists so people that import them don't have their game crash.