With Wotc making this into a permanent format we have added this to the website both for users to post their decks and as a new category in our Metagame page. We moved over some BO3 decks we found in the Historic category but we need some more time before we get a good amount for decklists. We also added Traditional Historic to MTGA Assistant so the extension can automatically tell you what decks you are able to build. 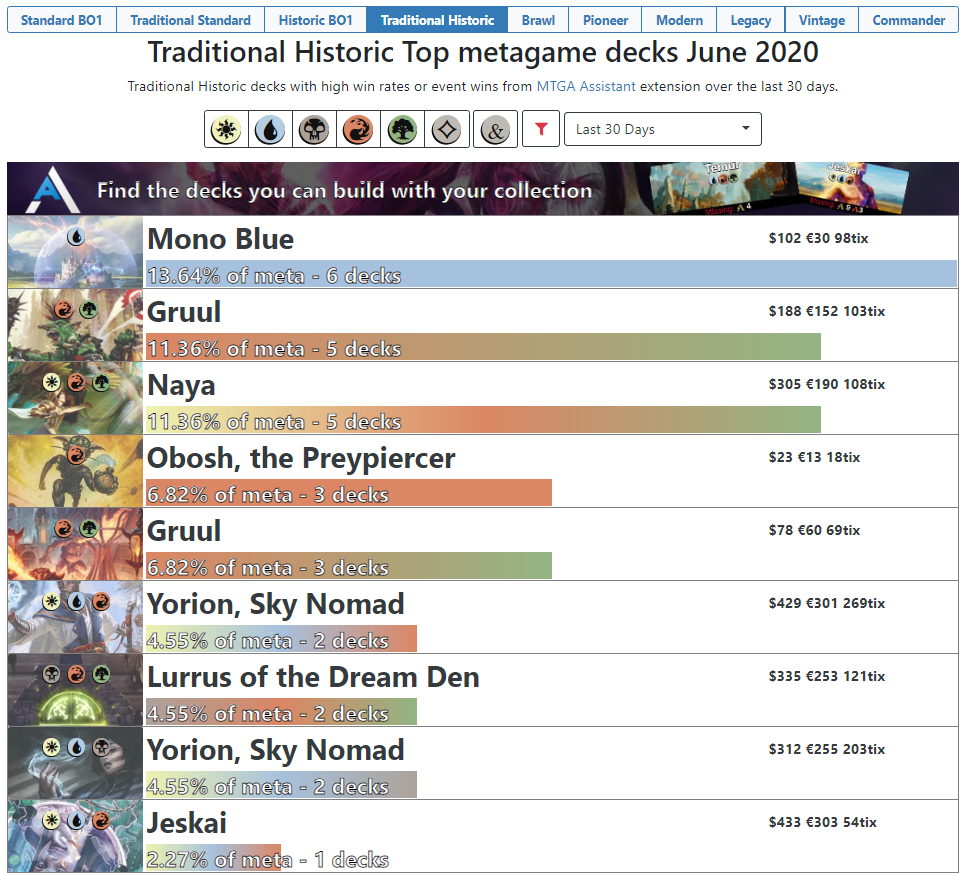 Another new feature for the Metagame pages is the ability to select a time span in days. For MTG Arena formats we have added options for 7, 30, 60, and 90 days. For other formats like Pioneer, Modern, Legacy, etc. the time span is 30, 60, 90, 180, and 365 days. This enables users to get a more accurate overview of the metagame during rotations and bans. The metagame pages now have some extra content on the side panels instead of it being mostly blank.

There is a new section on AetherHub called Rewards, this is where people can redeem their Gift Points for rewards like codes in MTG Arena. So where do you get these gift points? As of right now, there is no automatic way to acquire these, they will be used strictly for rewards in tournaments, for giveaways from us to our users, or from our content creators to users of the website or as rewards on our ranked ladder. So be on the lookout for these in the future.

In addition to system improvements and backend updates here is what we have released since May up until today on AetherHub:

We have made a new deck tracker interface that looks more modern and refined than the earlier one and at the same time takes up less horizontal space. Here is how it looks: 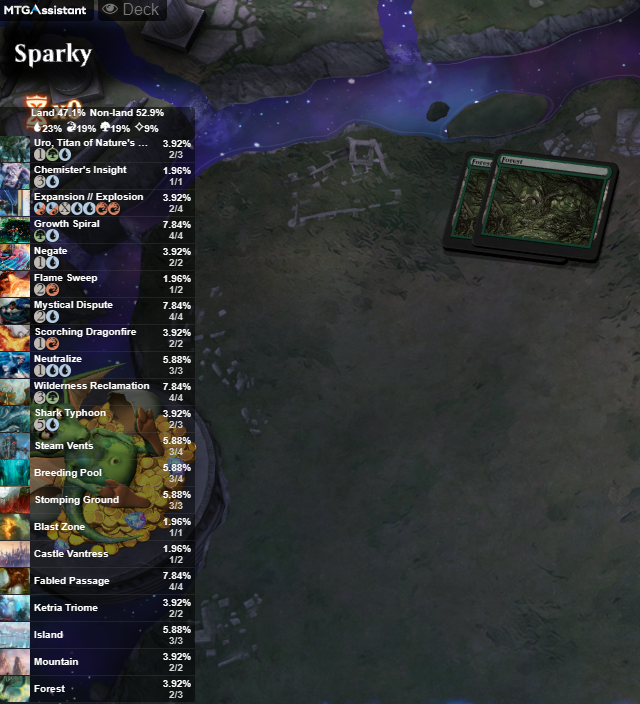 Support for Premier and Traditional Drafts have been added! More details in this article. We also did an overhaul to the draft helper to make it take up less space.

All Updates to MTGA Assistant since our last update post in May:

Brief report on my 15 runs of Premier Draft for AFR. Also, giving away 1k gem codes.