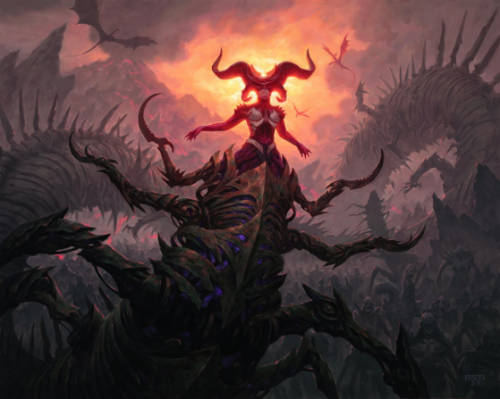 2022 has been a very eventful year for Magic: The Gathering. With the year coming to a close, let's take a look at the best-performing/most-played Standard decks as we move into 2023. We'll cover the top-8 Standard tournament decks as well as MTGA best-of-one and best-of-three. Ok, let's get started.

You May Also Like: The Best of Magic: The Gathering in 2022

Grixis Control is still firmly atop the Tournament scene meta. That said, Mono-White control is up to 13% from just 4% this time last month. With Esper Raffine falling from the second most played deck to the fifth. In contrast, Mardu Control and Mono-Blue Tempo have stayed put.  Another note-worthy change from last month is the appearance of Mono-Red - Which was present at all before and is now 7% of the meta.

As usual, we see more aggro in the best-of-one format with Mono-Red atop the meta. However, Mono-Black Midrange is close behind. After the top two, there is a fair mix of aggressive and grindy strategies with two versions of the Soldiers deck and then Mono-Blue Tempo and Rakdos Control making up the smallest portion of the meta.

The Traditional Standard Best-Of-Three meta is mostly Midrange (with Grixis being at the top with almost 19%), Control and Tempo. The only aggro decks to be found are G/W Soldiers (7.53% of the meta) and Red Deck Wins bringing up the rear at only 3.76%. Overall, the BO3 meta isn't terribly different from the Tournament aside from the lack of Mono-Red on MTGA.