After a scintillating day of action yesterday, the field of 16 is down to the top 4, and what a top 4 it is! Check out this sharp group of gentelman below! 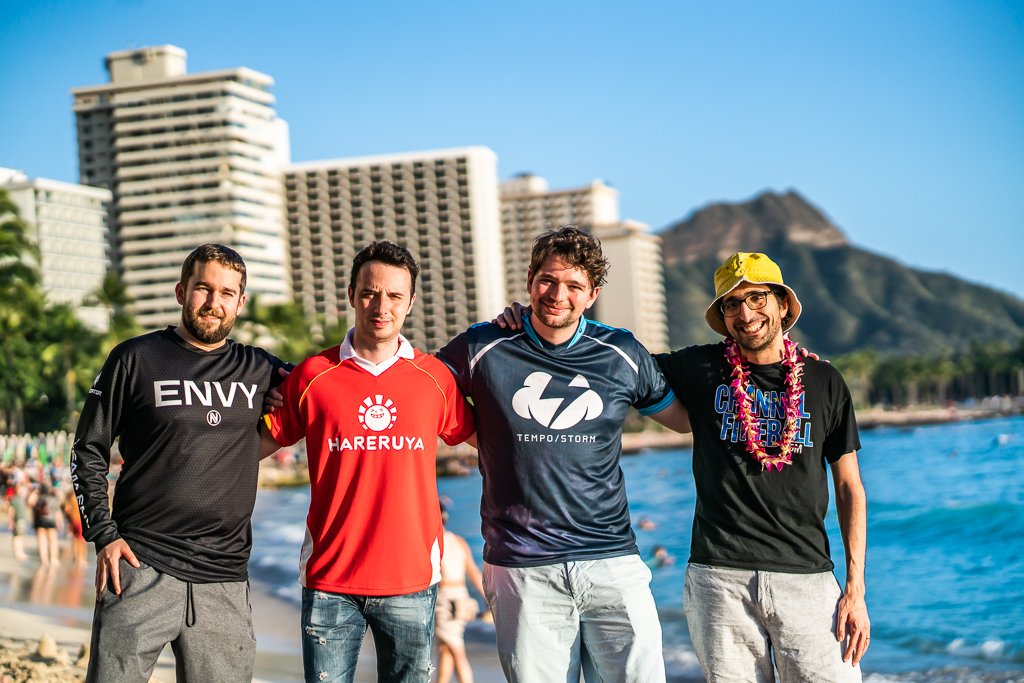 Seth Manfield, Marcio Carvalho, Gabriel Nassif and Paulo Vitor Dama da Rosa all survived their way through the brackets and are the last men standing. Even for the competitor who finishes in 4th place, they still have a very nice payday coming their way. As Brian Kibler said in the broadcast, for a while he was close to having the most lifetime winnings of any competitive Magic player, and the winner of this tournament will surpass his career total from just one prize! Here is the prize structure breakdown:

Although the matches yesterday were extremely intense and competitive, you can't help but feel the format of the tournament has been a little unfair. Many people online are complaining about this, and you can see why. PVDDR and Marcio Carvalho only had to win one best of three match to make it into the top 4 yesterday, where as Gabriel Nassif had to play in 7 and win 6 of them. This is how much emphasis was placed on the draft and winning the early games of the tournament. By not getting 2 wins in draft, each player in the losing bracket had a very steep hill to climb to progress, and as it panned out nobody did. According to Twitter user @SethBurn who was crunching the numbers yesterday, going 2-1 in the draft equated to a 12.01% chance of winning worlds, while going 1-2 equated to a 0.49% chance. For only having the limited format be 3 matches, I personally would have liked to seen more parity here.

That being said, a lot of the players have had a championship mentality all weekend and have not let this phase them. 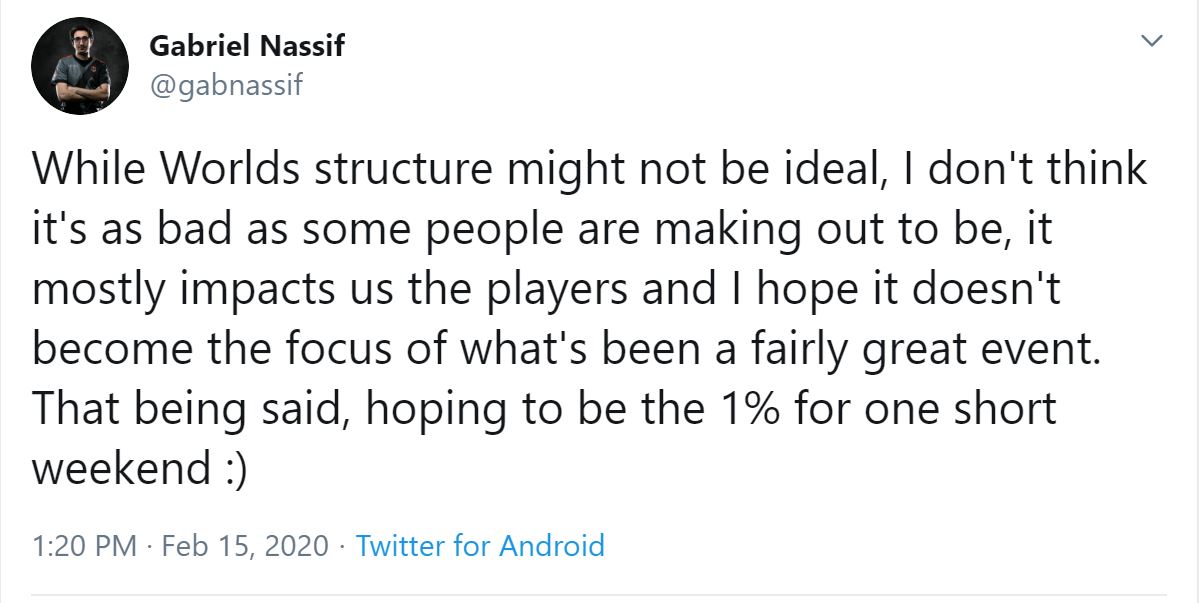 One thing I did really enjoy however, was that the lower bracket play in the top 8 was best of three matches. This change of pace resulted in some marathon games and some intense finishes and made up for arena not having best of 5 capabilities for one match. Here are the complete brackets from yesterday! 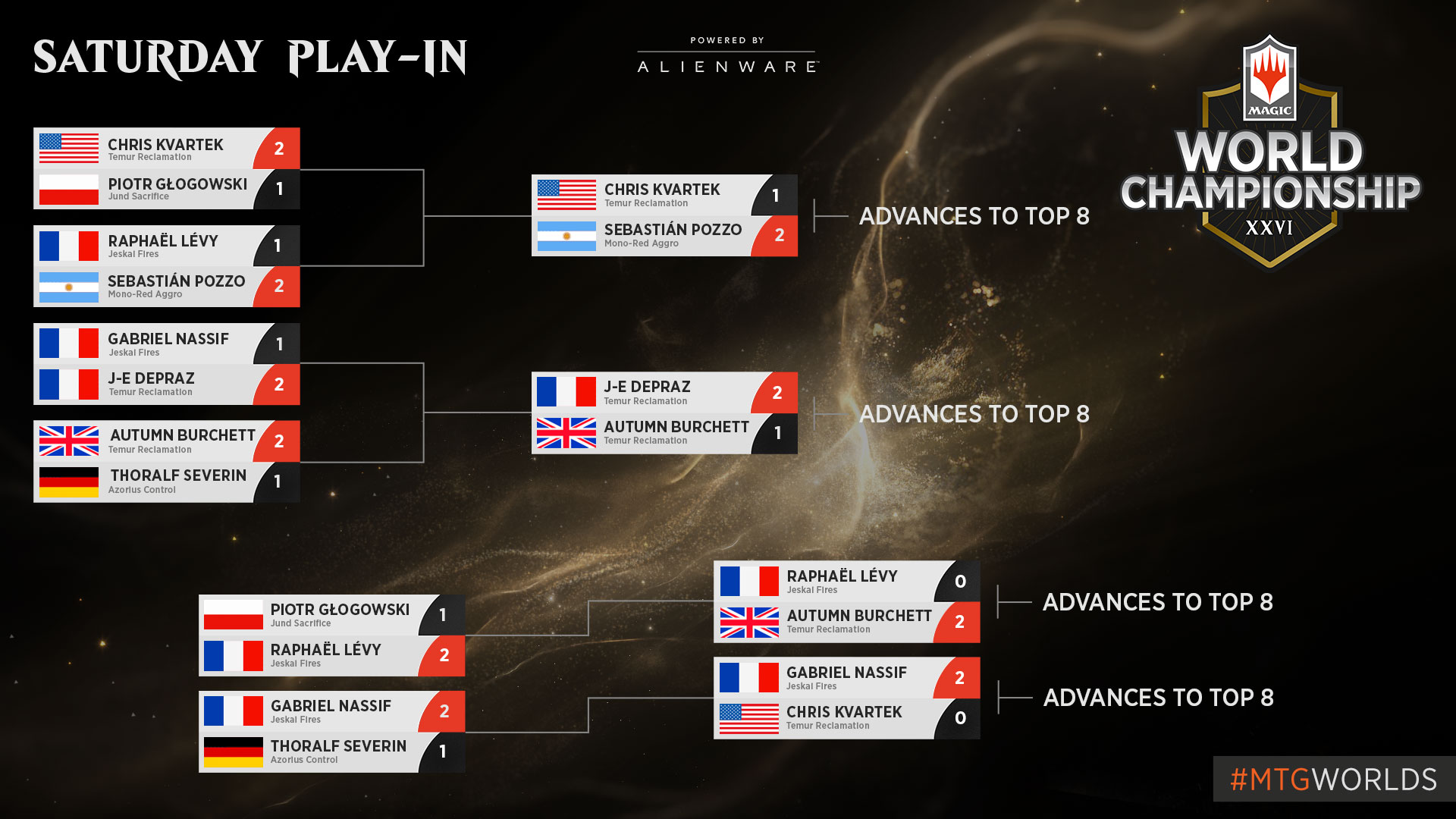 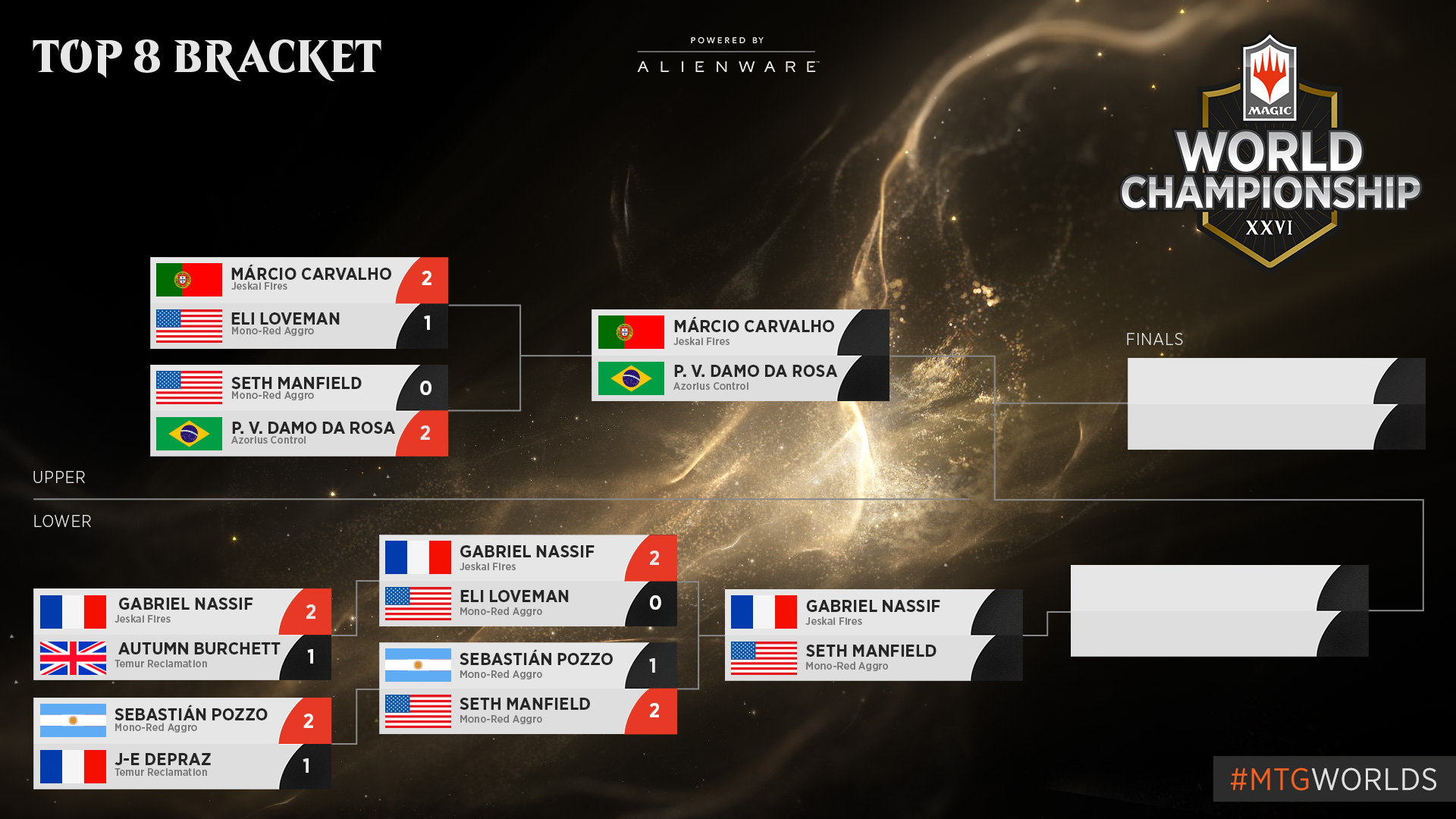 The top 4 is fairly diverse, including 1 Mono Red Aggro, 1 Azorious Control and 2 Jeskai Fires. This obviously means that no Temur Reclamation player advanced, and from matchup data this is not good news for Seth.

Here is the win rate for each archetype from yesterday, as well as in the tournament overall:

Both Jeskai Fires players have to be feeling pretty confident heading into the day, as the deck has performed extremely well against Mono Red, and has been close with Azorious Control. Marcio Carvalho beat PVDDR already in their very first match of standard 2-1, however PVDDR beat Gabriel Nassif 2-0 later in day 2. Overall, the two archetypes are 2-2 against each other, and I would love to see this matchup in the finals.

On the other hand, Seth Manfield and Mono Red are in trouble. The matchup against Azorious Control is winnable, but not favored and Seth already lost to PVDDR 0-2 in the top 8. To win this matchup, Seth NEEDS to win game one, because after sideboard Azorious can bring in cards like Cerulean Drake

and Archon of Sun's Grace

which make things even more difficult. In their top 8 match PVDDR did draw extremely well, landing all three copies of Shatter the Sky

in game one, and Seth kept a slow hand, so he will need PVDDR to not have that same luck if they face each other again. Things look even bleaker against Fires however. Fires was 3-1 against Mono Red yesterday and is 4-2 overall, and has a ton of tech to stop the strategy. With the format being best of three matchups, this should favor Jeskai even more.

On the other hand, Seth has the ultimate X factor of a vacation to Disneyland planned after this tournament. How appropriate would it be to win worlds and then get to say "I'm going to Disneyland?"

He will have an uphill climb ahead of him though, take a look at the top 4 bracket: 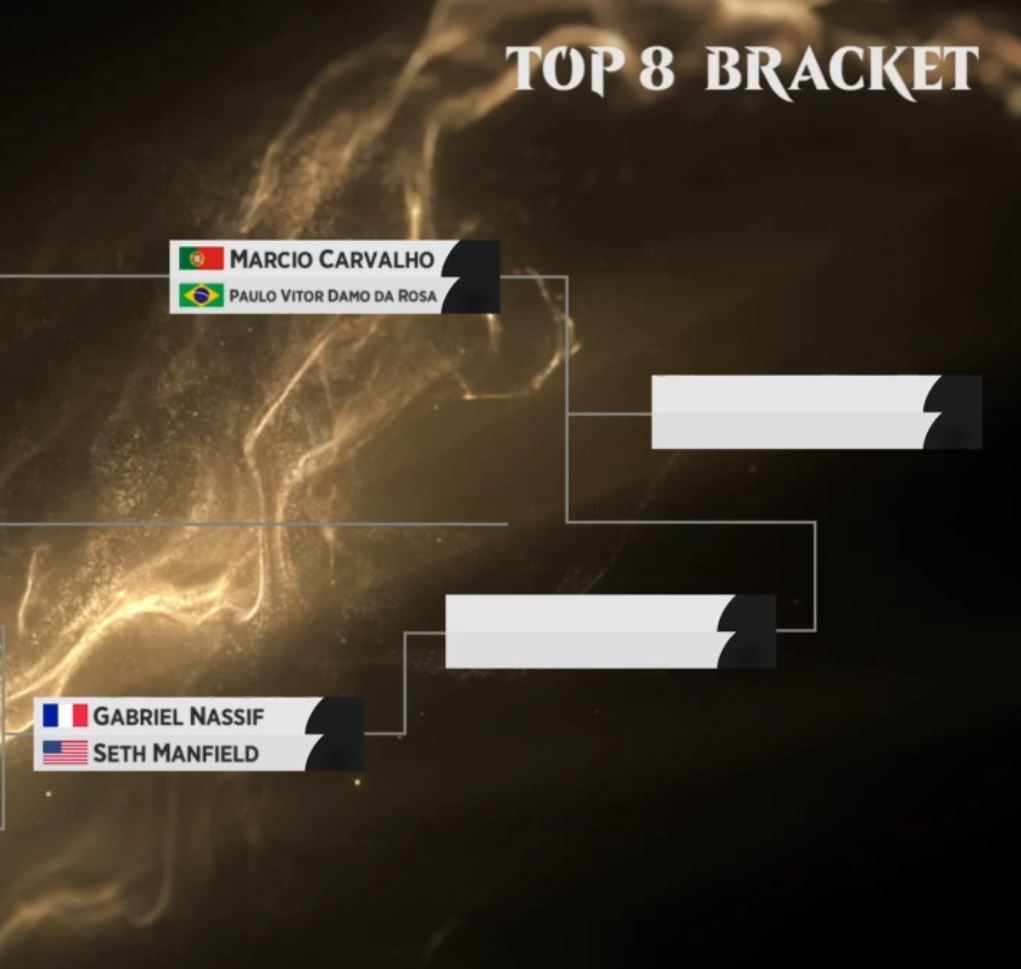 Based on the structure of this top 4, the winner of Marcio Carvallho and PVDDR gets the huge advantage of having to play 1 less match, so one of those two players has to be considered the favorite.

PVDDR gets revenge and beats Marcio Carvalho 2-1 to become the 2019 World Champion!!!

Good luck to all the players in the top 4, and may the best man win!