On this weeks episode of the Mythic Rare Podcast:

Although the Mythic Rare Podcast is a Magic the Gathering podcast, with the Superbowl tomorrow we figured we would spend the episode this week breaking it down for our listening audience! If you do not care at all about football, this is probably not the episode for you, but for those Magic fans who are interested in the game, definitely check it out.

This game will be the biggest television event of the year in the US (except for worlds in two weeks), and the excitement is palpable. For the first time in 3 years, the Patriots will not be playing, and two of the hottest young quarterbacks in the league Patrick Mahomes and Jimmy Garoppolo (the Garopo-show) will get their time in the spotlight. Kansas City has arguably the best offense in the league, and as a starter Patrick Mahomes has averaged over 33 points a game in his career. This is coach Andy Reid’s 2nd time in the Superbowl, and I think it is highly unlikely Mahomes will be puking in the huddle like his quarterback last time. Meanwhile, Jimmy G passed the ball 8 times in the NFC championship game, relying on the running game and the vaunted San Fran defense to get the win. This game will be a clash of styles and promises to be an incredible matchup.

Check out the podcast for much more details about the game, as well as how Pitbull got robbed from doing the halftime show and some fun prop bets!

For more Magic related topics, we took a look at the best decks by win percentage for BO1 from untapped.gg. As you can see below, this is some pretty interesting data, and definitely made for some good discussion. 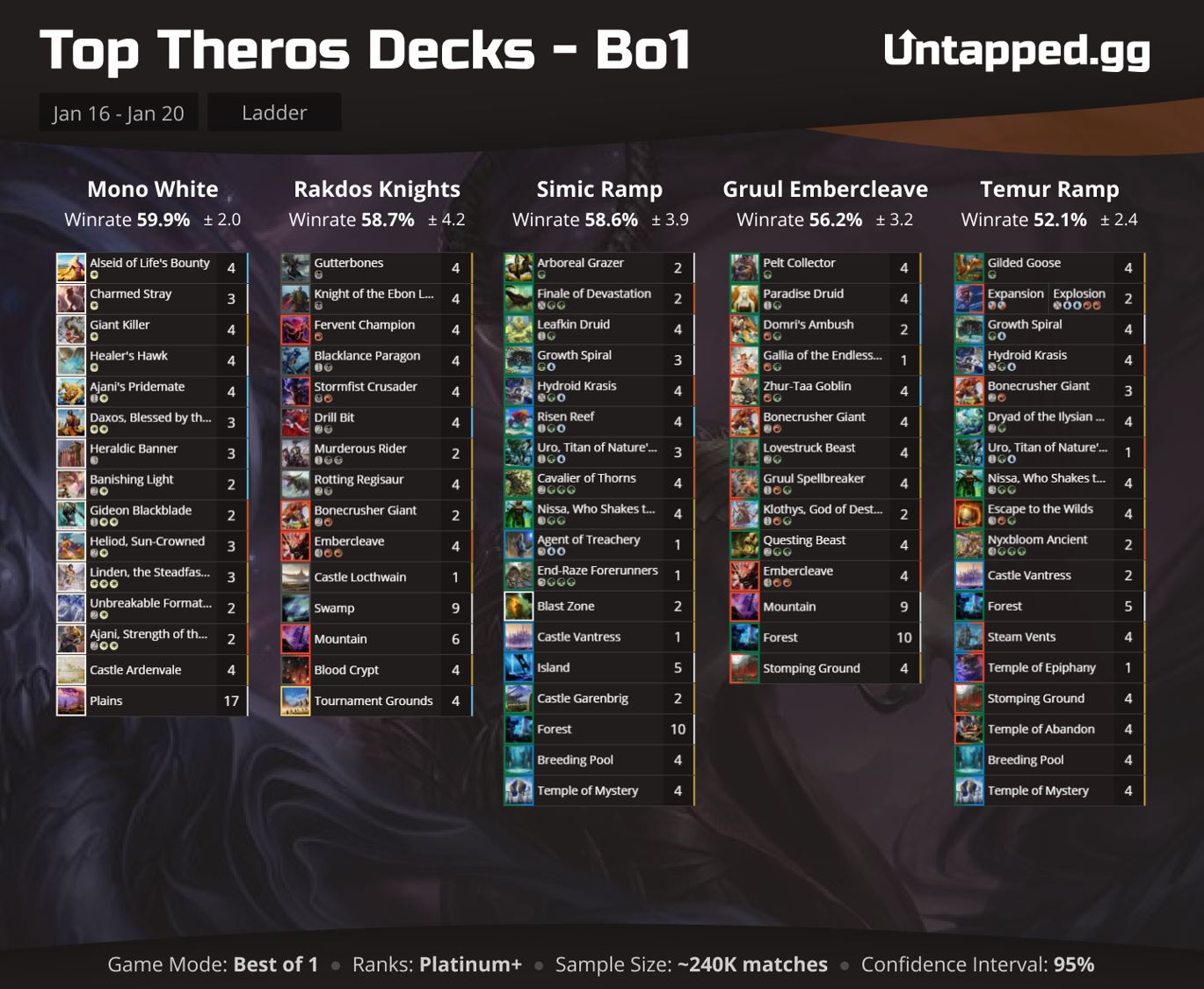 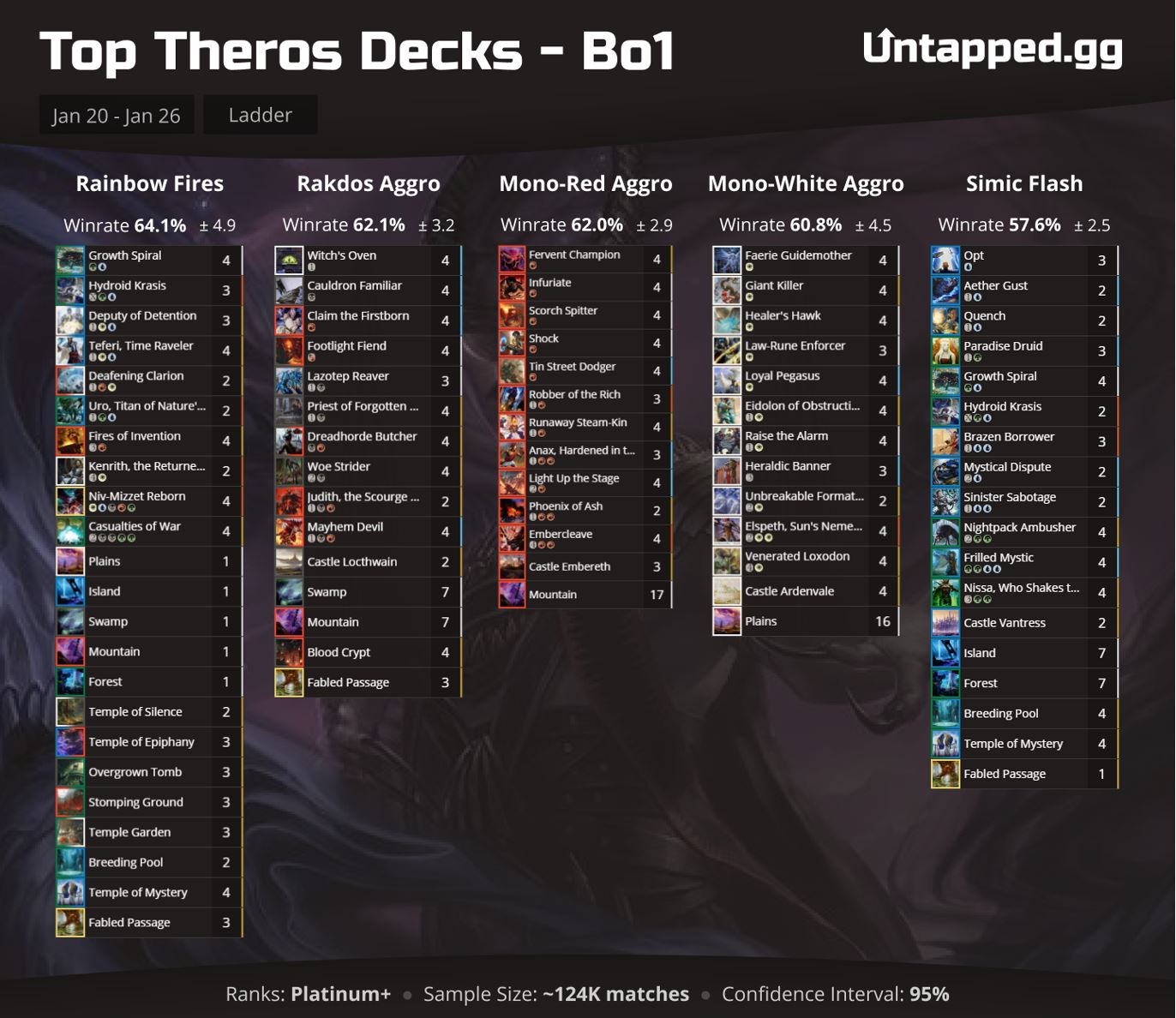 IIn the most recent week, I was thrilled to see the Niv Mizzet deck having so much success. This deck is very similar to Ken Yukuhiro's deck from the last Mythic Championship, and is playing no new cards from Theros except for two copies of Uro, Titan of Nature's Wrath

. I played the old version of this deck after the Mythic Championship and absolutely love it. If you want to spice it up even more, you can add in Ral, Storm Conduit

which lets you copy Casualities of War. I don't think I have played many games where I have lost after getting that combo off, and because of Niv Mizzet you can get it off more frequently than you would expect.

I also think its interesting how well Mono-White aggro is doing. I didn't anticipate this deck to be one of the best in the format, and we will have to see how well it does in future tournaments to see if its legit or not.

Thanks for listening to this weeks episode of the podcast, and you can check us out on twitter @MythicRarePod