Hello everybody! Wizards has previewed a new Secret Lair today. Players can pre-order this product now! Below, we'll show the cards and if you want to pick up a set, go here! This Secret Lair will be available from October 4 to October 12.

The new Secret lair is called and costs USD$49.99. All cards are foil. Here is what is included along with images: 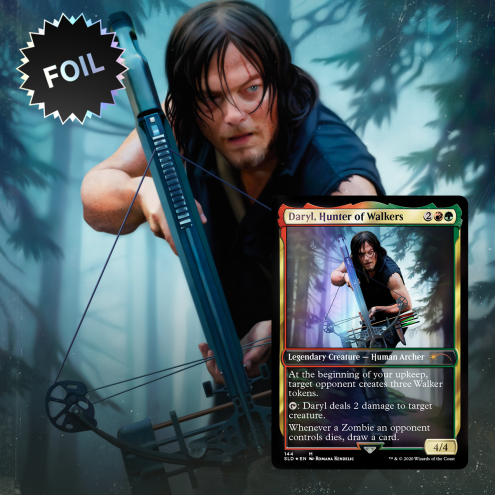 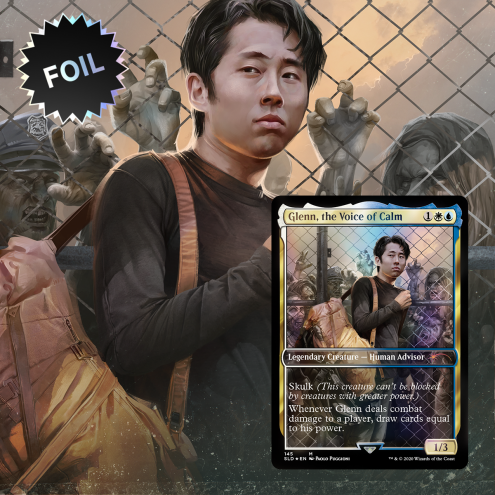 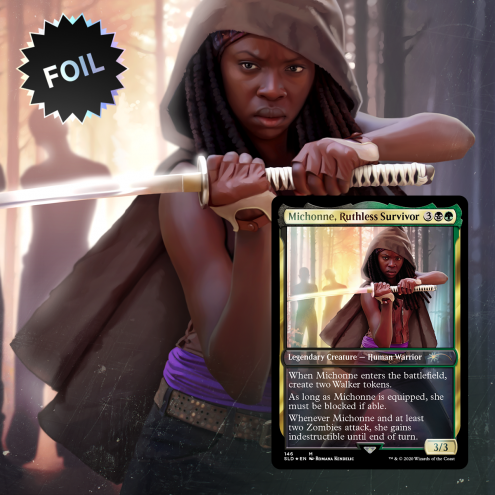 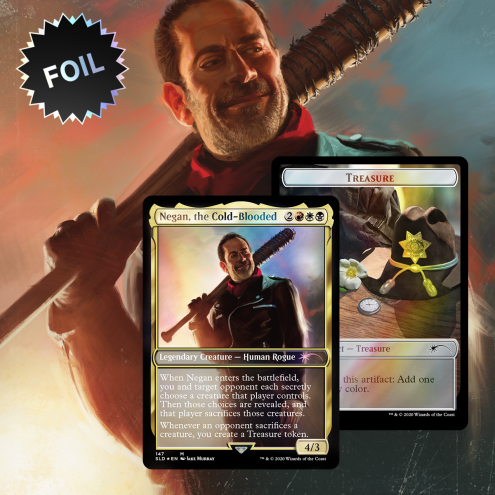 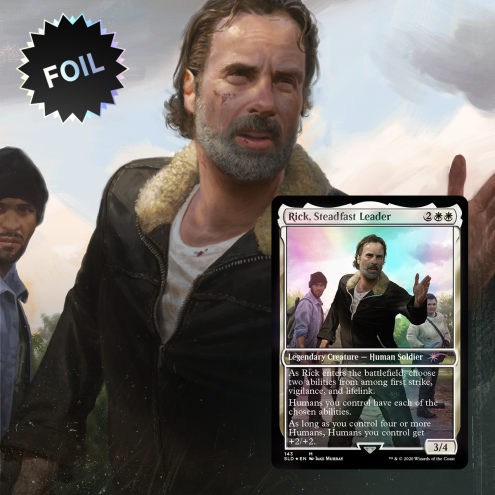 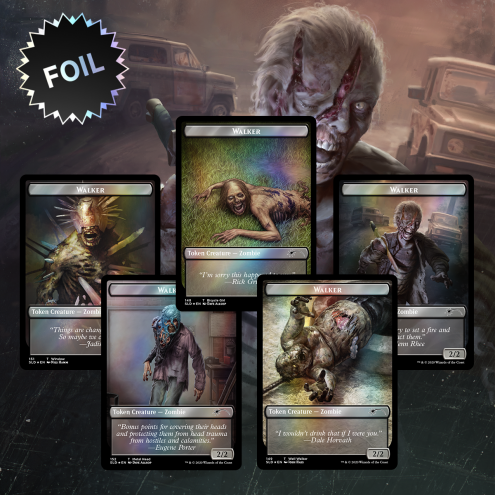 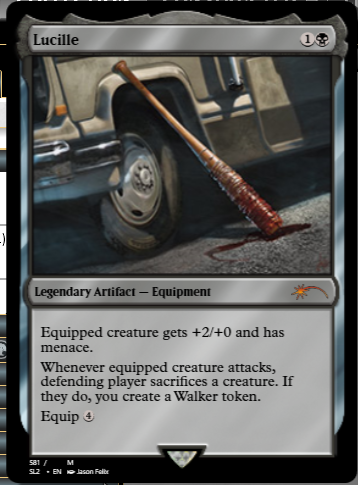 These are unique cards, so we can't check out the prices.

The MTG community is certainly not happy about these cards, but I want to give an objective evaulation of this product rather than discuss the potential ramifications of this product which so many other content creators have already done. If you are upset about this product, please read with an open mind as I'm trying to present information that may not have been discussed elsewhere.

The most similar product that we have to this is the Ponies: The Galloping set. This set was released in 2019 exclusively on HasbroPulse.com for $50 and was limited to deliveries in USA and Canada. For each purchase, Hasbro donated $30.00 to Extra Life with benefits going Seattle Children's Hospital. A total of three cards were included in the set. If you want to buy a Sealed set of this now, it will cost roughly about $100 whereas the singles will cost roughly about $75. By either metric, this set retained and slowly gained value over the past year.

This Secret Lair has one large benefit compared to the Ponies set: these cards are Legal in Commander and Eternal formats. Casual playgroups would allow you to play with the Ponies: The Galloping set though, so the large benefit will be in the Eternal formats. If any of these cards end up being Eternal-playable, card supply ramifications aside, then the corresponding price for that card will increase significantly.

These Secret Lairs will be available for 9 days for players to purchase, which means there will be more copies out. However, you can argue that because of the very negative community sentiment behind this, a lot of enfranchised players will be staying away from this. But, for that very reason, after this drop has ended and when it gets into the hands of the players (who knows how long that will take) this product will slowly start increasing in value. Why? As previous Secret Lairs have shown us, the Lairs will less demand actually outperform those with high demand simply because there were less copies printed. Which Secret Lair has performed the best? The Cat one. The one in the original series that no one wanted because the value of the singles inside were not as good as the other ones beside the Basic land one (which happens to be one of the best performers as well). The more negative the community feels about this, the more attractive this product looks to buy and hold it's value as in the case of all Secret Lairs.

Enfranchised players are not happy with this product as these are unique cards that will be very difficult to reprint due to licensing issues. That itself is a long running issue and shows Hasbro's increasing monetization of the game. I, myself, am very surprised they did not give these cards the Godzilla treatment, but I believe that Hasbro made some kind of deal with TWD to have these cards be unique (as one of my fellow players put it: "Hasbro got $$$"). Mark Rosewater has gone on to clarify that WHEN these cards are reprinted, they will "retcon" these cards and give them the Godzilla treatment so players can't use the reprint and the original TWD version in the same deck. But, despite the negative sentiment, casual players will love these cards, and I expect to see these cards in Commander pods. This is a product aimed at casual players, players who just want to play Magic casually and the way they approach this game is very different than enfranchised players. These cards are by no means, must have cards; if you like them, you play them; if you don't, you can ignore them.

If you want to play with these cards or see yourself playing these in the future, you should absolutely pick up a copy (or 4 if you want these for Constructed formats) of this. Or maybe you can pick up a copy and gift it to a friend. Reprinting this will be hard due to licensing issues and I don't see this product going down in value after it's release. However, I cannot support the idea of buying any copies you don't have any intention of playing with.