321 Mythic Players on the Constructed ladder in May compared to 15 Mythic Limited Players. In total 800 players synced they AetherHub account with the MTGA Assistant in May! If you want to join the fun you can download and install the extension here, we have added a feature where you can create your own community ladder with friends and get a designated page on AetherHub for it. Check out communities here.

Huge shoutout to j0hnstar who took the top of both the Constructed and Limited Ladder this season, that is insane! He is also the same guy that took the top of the ladder in April and won our money prize.  A new thing we have added is the ability to view when players last synced. The people that did not sync for over 4 days have been removed from these final standings. In the current ladder, we also blank out those who do not sync for over 4 days. This rank decay function is live on the website right now but will also be added internally on the extension when we release the next patch.

A lot of familiar faces on the constructed ranked ladder and many of them streaming on Twitch.tv. So if you want some tips on how to improve your gameplay you should check these guys out! 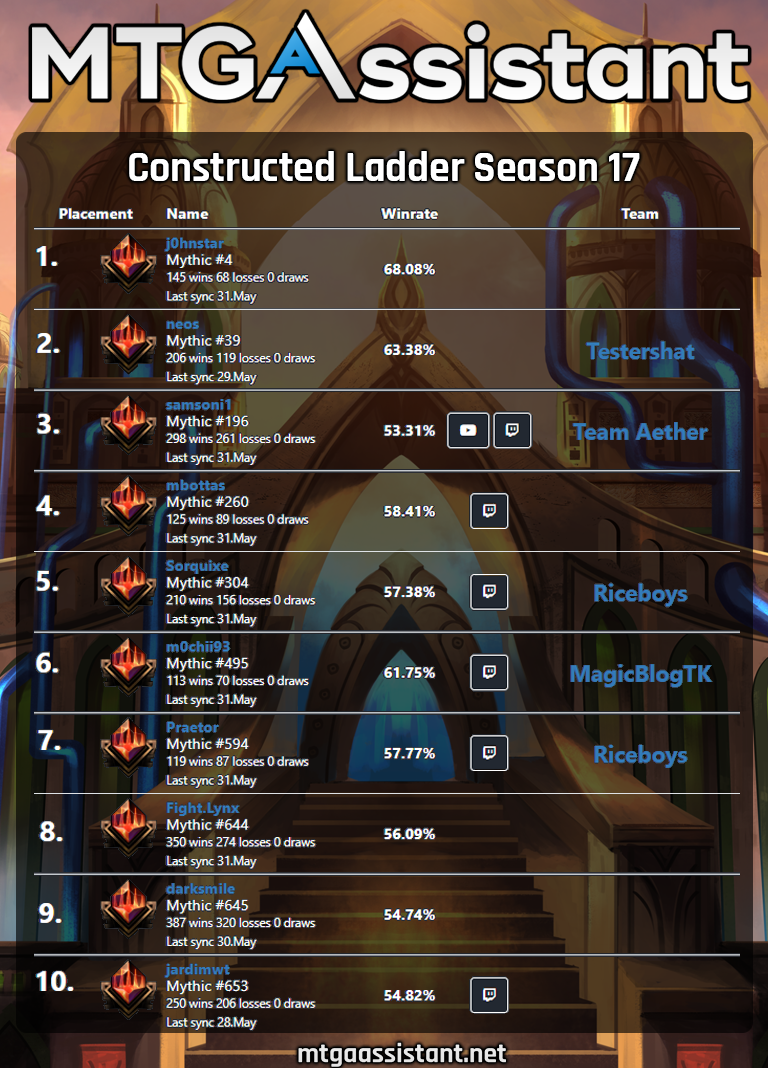 Climb the ladder as a group! Many of the top contenders are part of communities/teams, making it more fun to claim as you can compare yourself to both your local playgroup and the global contenders. 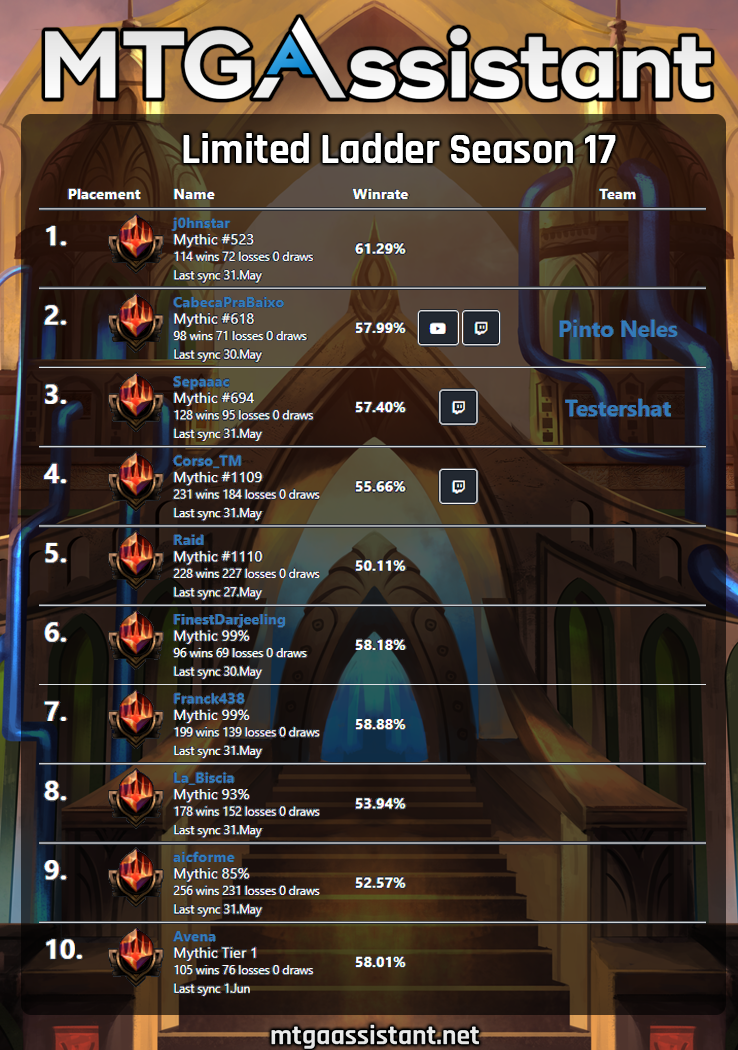 Join us in the June season by downloading and syncing your account with MTGA Assistant.