We were all surprised a couple of days ago when Youtube's biggest star, Pewdiepie released a video of him Playing MTG Arena. Even more so when he reached Diamond at the end. Well, the madlad is back... 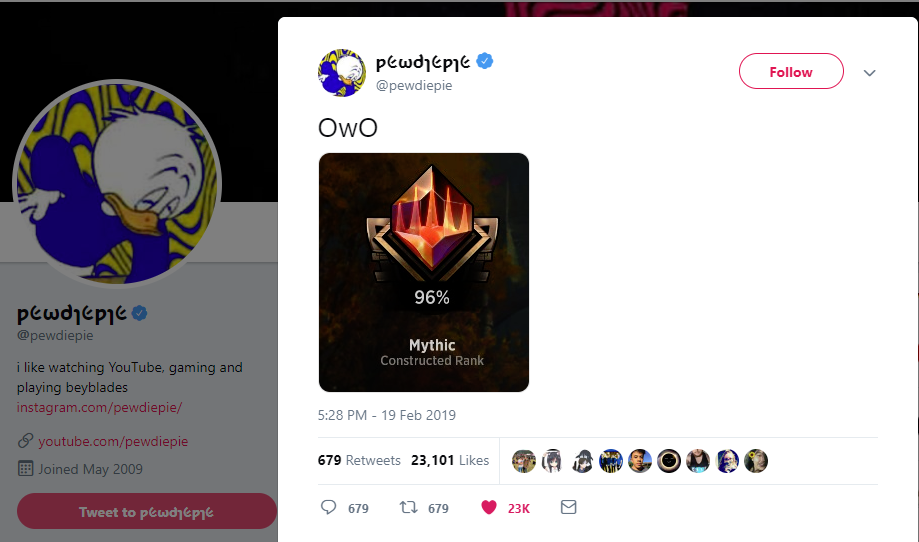 The absolute madlad posted a screenshot a couple of days later of him reaching Mythic!

It comes to no surprise that a man that makes content out of a lot of different games has heard of and maybe played Magic: The Gathering. But no one expected him to go the length of posting a full video of him playing, enjoying and grinding MTG Arena. Unsponsored, just for fun and even do the whole grind up to Mythic which very few seasoned MTG Veterans has done. 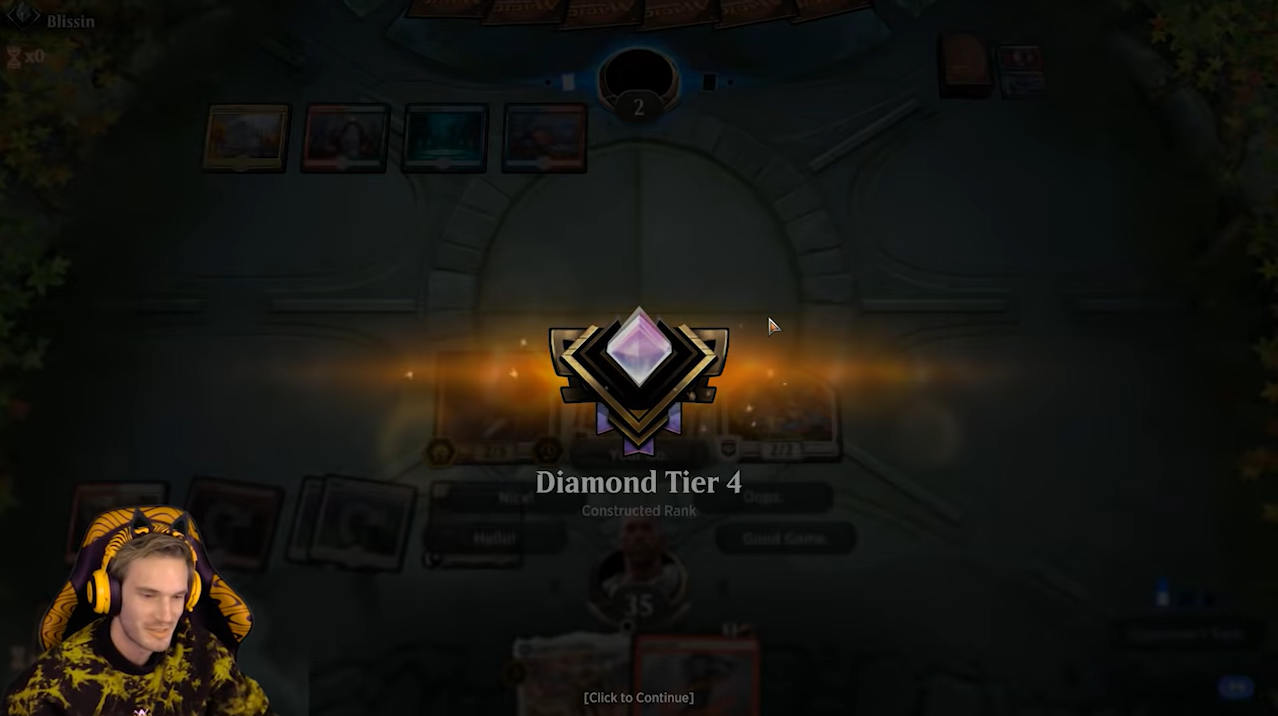 The deck he grinded to Diamond with was a Boros aggro deck from his... in a lack of a better word, spicy decklists. See his video for the highlights. He also offered some solid advice for his followers on how to reach the top: 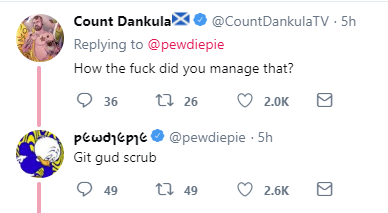 Hate him or love him, Pewds is the biggest Youtuber right now and he has a very big following that pays attention to what he does. This is definitely good news for Magic, right now his video has almost 5million views. Most of these are from players that have never seen or played mtg. Even if only 1-3% of the viewers download and plays the game that still means tens of thousands of new players. People are even speculating that the latest worsening of lagginess of game drops is caused by the influx of new players.

2019 might be the biggest year for MTG yet, we are still early in the year before the major tournaments, the game is still in beta stages and still, Blizzard and other game companies are struggling. The planets are aligned correctly, can Wizards deliver the game client that can finally give MTG the spot it deserves? More importantly, will next years Mythic invitational feature a match between Danny Trejo and Felix Kjellberg?