Most Metal Magic: The Gathering Cards

Music and Magic: The Gathering are two of my favorite things and I can spend the better part of the day with either of the two. Anytime I'm brewing decks, writing articles, or playing among friends, I'm also listening to music - For me, the two go hand-in-hand. That said, while I listen to a lot of things, my favorite genres of music are punk and metal.

So, I figured why not compile a list of the most metal Magic: The Gathering cards out there? The genre often has references to the macabre, the occult, or otherwise extreme subject matter. Each of the cards below has a name, art, flavor text, or aesthetic that feels very metal. 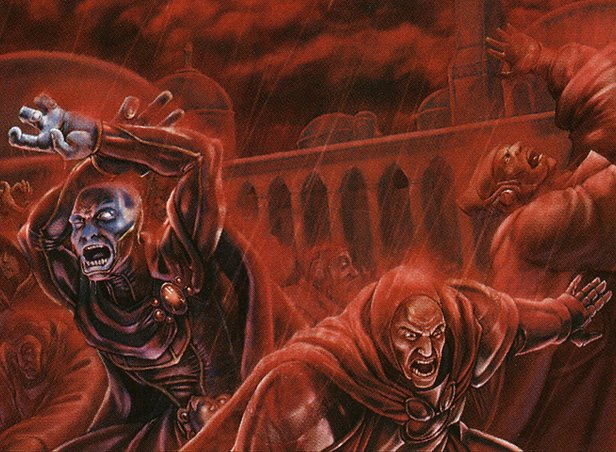 Without further ado, let's look at the cards - Starting with an absolute classic.

Metal is no stranger to people seeking for it to be censored and neither is this card. The first few printings were with the art you see above. However, after receiving backlash for including a pentagram in combination with bestowing "unholy" strength the card art was changed to what you see above but without the symbol present. 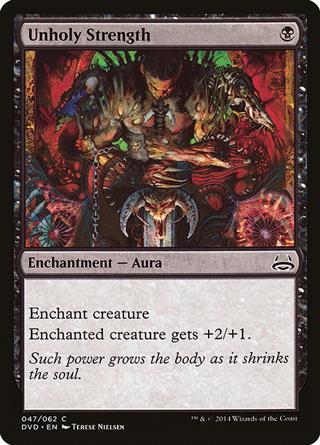 Most versions of the card these days contain the art directly above done by Terese Nielsen. The more modern version is pretty gnarly in its own right (especially with the flavor text) but for my money, you can't beat the original. The pentagram comes up fairly often in metal art and lyrics and this particular one almost reminds me of the Slayer logo. 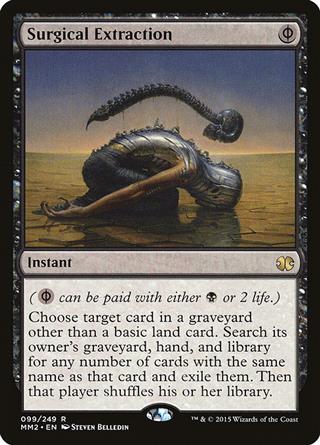 This card has always stood out to me for the art and the concept behind it. Magic has a lot of gruesome things depicted on cards but someone having their skull (with spine attached) removed from their body while it slumps beneath has always been very visceral. Given that there are entire bands themed around the medical field and surgery, I could 100% see this gracing the cover of an album for bands like Haemorrhage or Exhumed. 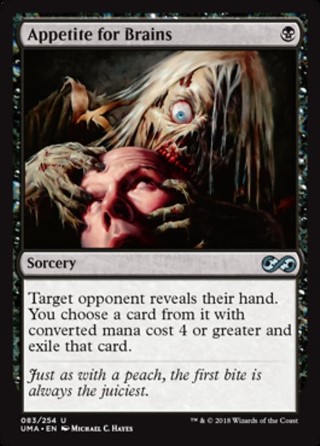 Zombies are popular in almost every form of entertainment. There are movies, shows, video games, and music all featuring the living dead. That said, extreme music and horror films have always had a cross-over in their subject matter. I think that classic movies like Night of the Living Dead are responsible for the prevalence of "the undead" coming up so often in the genre. I mean, the most popular death metal band of all time, "Cannibal Corpse" is a direct reference to a Zombie.

Zombie Tribal decks are also wildly popular in MTG. So, there were a ton of cards that you could choose here that would be right at home in the metal world. Gravecrawler

perhaps being the most popular. However, I went with this since it always makes me think of a particular song. If you're looking for a great song about having an Appetite for Brains

check out Curse of Resurrection by Tribulation.

Brisela is a metal MTG card through and through. She's massive, grotesque, and a perversion of something that was once beautiful and pure. While the art style is a bit more colorful and contemporary than anything I have mentioned yet, this could certainly be art for a modern band. Plus, the card also always makes me think of the classic death metal band Morbid Angel considering that's more or less what she is 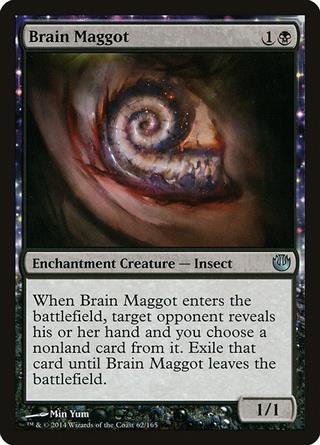 This is another card that has always done a great job of being bothersome to the viewer and I like that. Even if you're not easily grossed by insects, the thought of one (especially a maggot) being inside your head would be unsettling to the vast majority of people. Having something that grabs your attention on some level is what many people enjoy about extreme music and this card has that same quality.

There are also several songs/bands that draw heavily on the concept of bodily intruders. Some examples are Parasitic Eruption by Devourment and Seed of Filth by Six Feet Under come to mind for me. All this aside, I do like the card itself as well and have used it in quite a few decks. 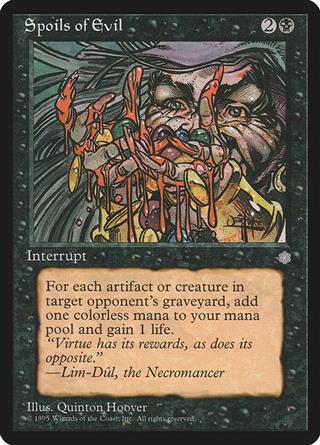 This is another card that does a great job of making you make a bad face when you actually take it in. The artist here, Quinton Hoover isn't asking you to imagine anything. I mean, the dude in this art looks absolutely deranged - His bloodshot eyes, the way you can tell he's smiling behind his decrepit blood-soaked hands, his nails. He looks evil.

Metal is just extreme art and in my point of view, so is the art on this card. Anything that affects you when you see it or hear it and is unable to be ignored is good. Spoils of Evil is all of those things. Plus, I would actually consider slotting this card into a Mill deck in Commander.

I love this card and knew it had to be on the list somewhere. It shows a man being prepared like cattle to be cut up. The art here actually reminds me of the album cover for Cattle Decapitations' "To Serve Man" album which sorta depicts the same thing. Furthermore, the card has the exact same name as the 2012 Cannibal Corpse album "Torture". The name, the art, the aesthetic, the ability itself, the flavor text - It's all brutal. 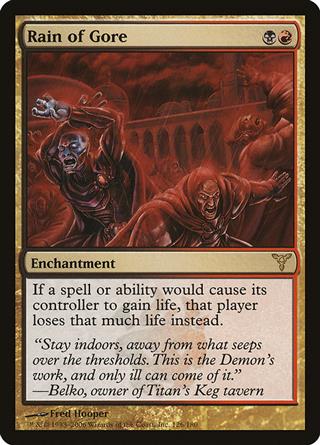 . This card is sick. Just as the name implies, the art shows blood raining down from the sky in an apparently endless torrent. There is an obvious comparison to Slayer's most popular song "Reign in Blood" to be made here. The lyrics say "It's raining blood, from a lacerated sky" and that about sums it up.

However, there are a few other elements besides these that make this a brutal card for me. First, the effect. If a player would gain life, they lose that much life instead. Not only is it a ton of damage but it's damage in place of life that should have been gained. Next is the flavor text. It's ominous and the line "Stay indoors, away from what seeps over the thresholds" reminds me of H.P Lovecraft - Which also comes up quite a lot in metal.

Eater of the Dead 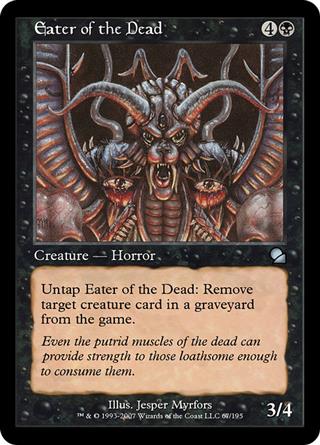 The last card I want to mention today is Eater of the Dead - It has a lot going on and all of it is metal. The beast from the art has five eyes, multiple separate rows of teeth, tentacles, wings, and nearly countless horns. Judging from its name and flavor text it derives its nourishment from the dead.

This profane act is not uncommon in some metal songs. A very clear example of this is the song "Eat of the Dead" by the band Nile. I think this card is perhaps the most actually extreme one on the list. The bodies of the dead are sacred in nearly every culture and an act as taboo as the eating of a corpse could be upsetting to a lot of people.

In other words, it's extreme. As a concept, I think this is the heaviest card on the list. I could be wrong but I don't think you could print this card today without some backlash for it and the same could be said for much of the metal released in 1994.

Overall, as a genre, metal is supposed to be extreme or challenging in some way or another. Sometimes it's the sound; Sometimes it touches on things that other genres won't and brings to light things that most people would prefer not to think about. Regardless of why or how it does it, or if you love it or hate it, it's impossible not to take notice of it. To me, the MTG cards listed above all encompass this in some way. Comment down below and let me know what you think of my list and what some of your favorite bands are.