MTGA Assistant version 1.2 har been released and it includes several improvements which we will cover in this article. You can download our MTGA Extension from MTGAassistant.net. For those of you with the extension already installed, the update will automatically install when you are not playing the game and have Overwolf running. 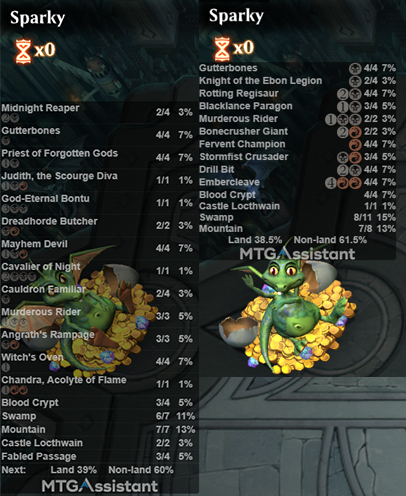 The deck tracker layout has gone from a two-line to a one-line per card layout. Massively improving the number of cards that can be displayed without adding a scroll bar. This makes it easier to get a full overview of all the cards in your Brawl and Limited decks where the number of different cards is higher than Standard decks. This was actually the original design of the deck tracker, we ran into some issues with spacing that has been solved now to give you this compact design. In addition to this, there are also some new options in the settings to toggle the tracker. A toggle button for bold/normal text and transparency has been added, we also have a toggle for the number of cards left in the library column if you only want to see the percentages.

We have gone through all the menus and given them an overhaul, instead of horizontal we now use a vertical layout, this makes better use of the space and makes it easy to navigate pages instead of two dual horizontal menus on some pages. A Frequently Asked Questions page has also been added under settings to answer most of the questions we get asked about the extension. The main menu has a new option called Rankings, right now it only contains a list of recently played opponents which we are going to talk about in the next section. Our long term plan is to add ranking ladders for limited and constructed here where users can opt into participating and see who can climb the highest each season.

While direct messaging is not in the game yet, we come prepared with a list of your recent opponents. The list also includes their rank, which is actually included in the logs even in unranked play mode. It is kind of funny to match against Mythic opponents in the play queue just doing their dailies. We have included a button to copy the nick to your clipboard to easily add them and we also include MatchId data, type of event you played, avatar and card back. The MatchId can be useful when reporting bugs or issues to Wizards of the Coast as this is unique for each game in MTGA and is used together with the logs for them to diagnose issues. The avatar and card back information is mostly for fun but can prove useful if you see something new and are curious as to what in the world that card back was and how to acquire it. 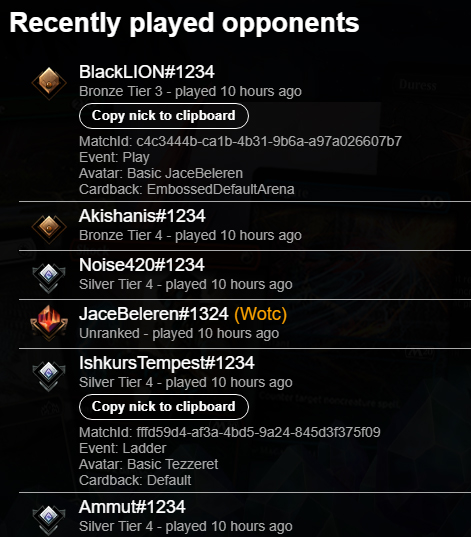 On the website, we post decklists from major tournaments, these lists have now been added inside of the MTGA Assistant menu. For now only Traditional Standard is relevant for users. Clicking a deck will open your web browser and the deck on Aetherhub.com. Now you do not have to open the website to check for the latest meta decks. Future updates will have meta decks directly from MTG Arena, we are currently working on exporting anonymous deck data from our extension to AetherHub and make a meta summary so we can cover Arena Standard, Historic and Brawl. This will be a page separate from these IRL events. 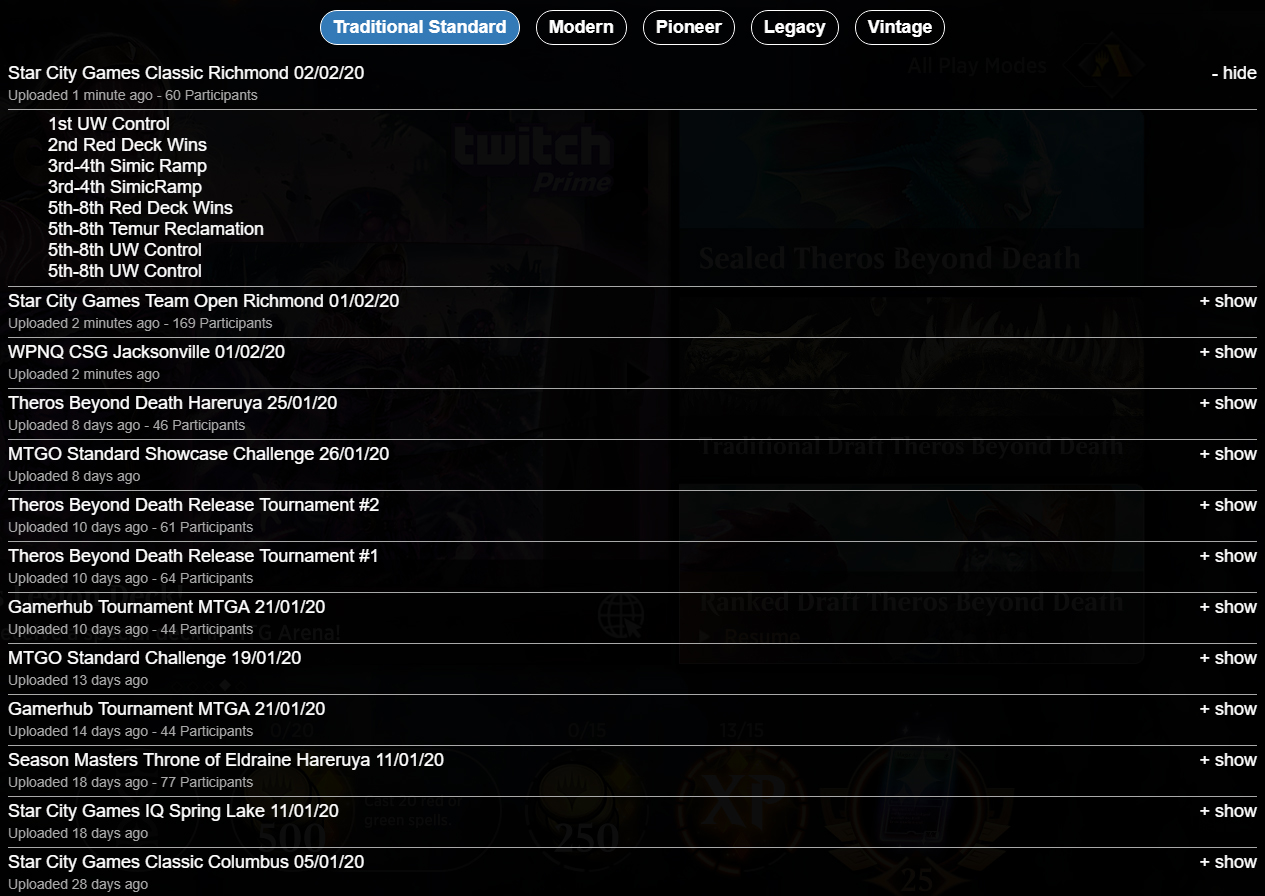 Under collection, we now display a list of your recently acquired cards, this resets each session and it tracks new cards you get but not duplicates. Very useful when you miss what cards you get in rewards or boosters. 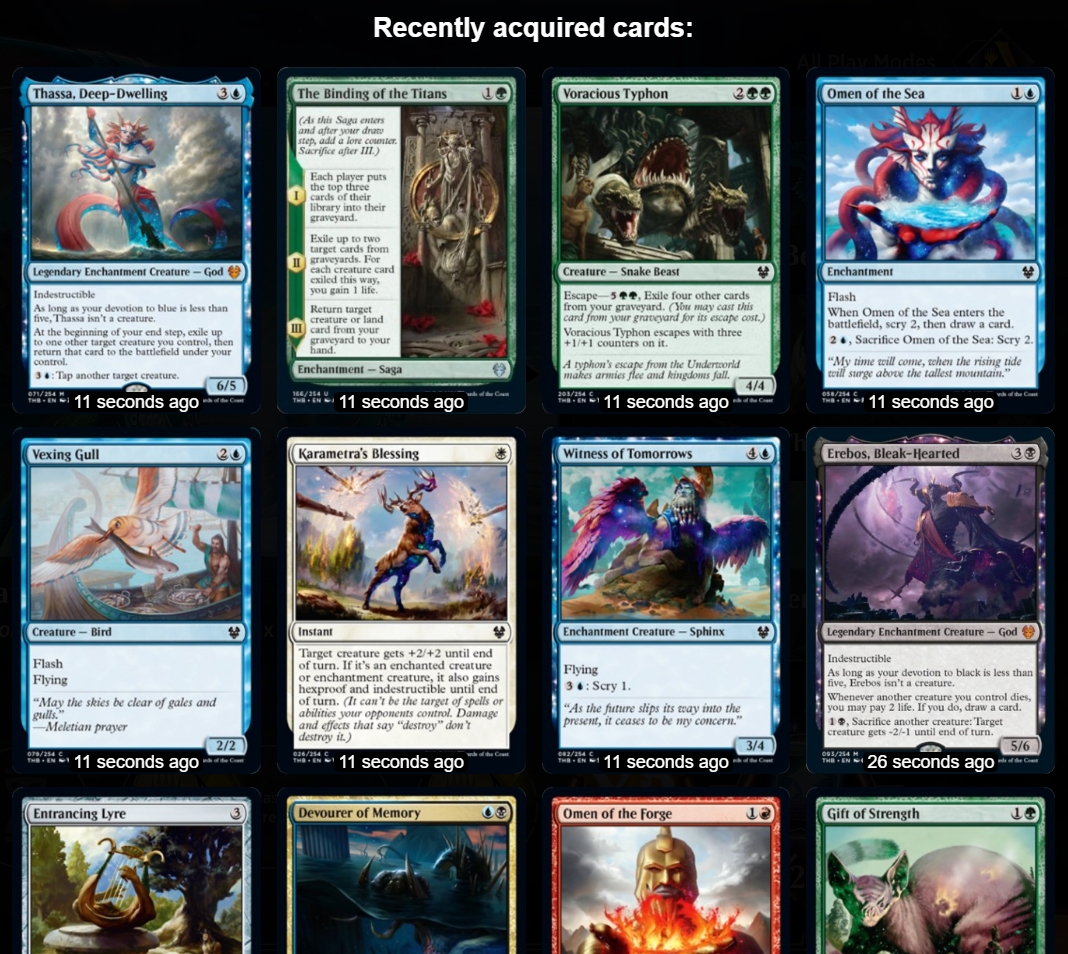 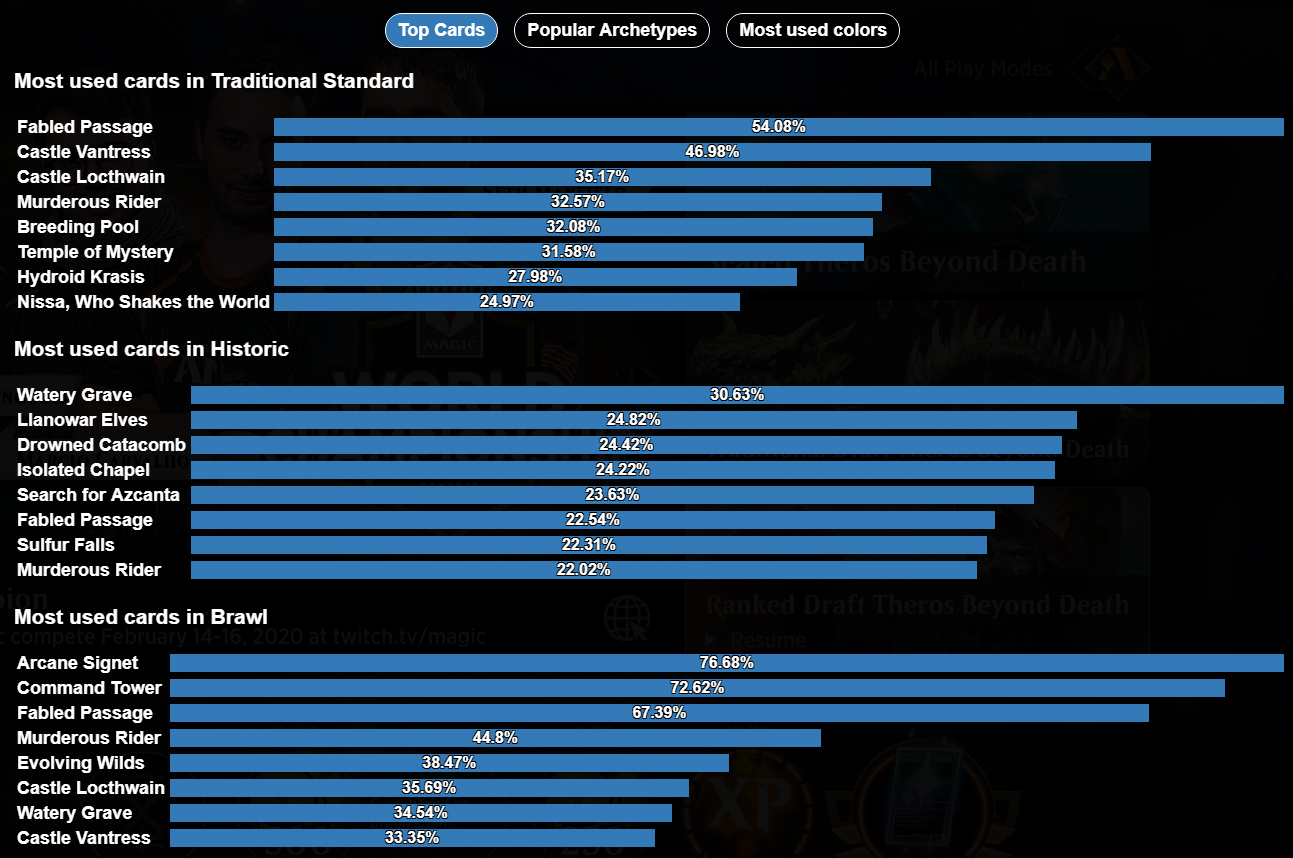 We already provide the deck statistics data from AetherHub to the extension by showing you a random stat during the loading screen. This now has its own page under Meta where you can look at all the statistics in a nice summary. Hovering the card names will show you a card image.