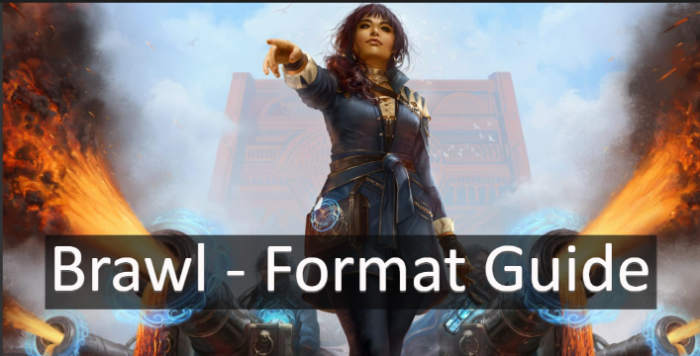 One of the things that set Magic: The Gathering apart from other trading card games is its plethora of unique formats. As of now, the game has around 10 different formats, with many of these having a few variations and spin-offs as well. Today we will focus on the Brawl format. Let's start with "What is Brawl?"

Brawl is a format where players build 60-card decks using only cards currently legal in Standard. Decks are only allowed to contain one copy of each card, aside from basic lands. Decks are built around a "commander" which can be any Legendary creature or Planeswalker currently legal in Standard. All cards within the deck must be inside the commander's "color identity."

If you're familiar with Commander, you probably followed all that pretty well. If not, you may be a little lost at this point. If so, worry not - I will break down everything you need to know about Brawl in detail below. This includes things like how color identity works, what cards are legal and when they rotate, and much more. So, without further ado, let's get started. 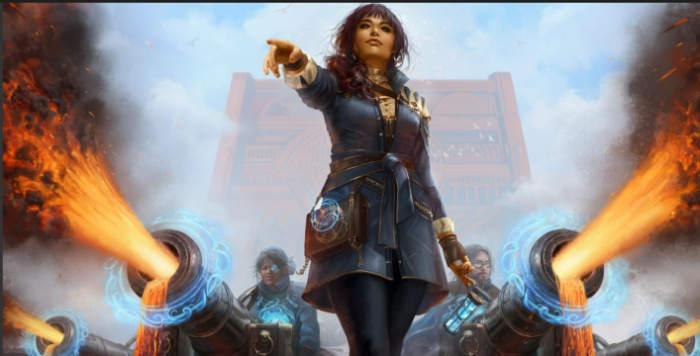 Brawl deck-building rules are all pretty straightforward. Here are the things you'll need to keep in mind:

How Does Color Identity Work?

Your commander's color identity is any mana symbols found on that card. Here is an example, Ivy, Gleeful Spellthief

has Blue and Green mana symbols on it. So, this is the card's color identity. This means if you're using it as your commander you would only be able to use Blue and/or Green cards within your deck.

However, this concept doesn't only apply to the cards' casting cost. To elaborate, Toxrill, the Corrosive

decks could feature not only Black cards but Blue as well since Blue is featured in its ability. You can use colorless artifacts and of course, lands in all decks.

Here we'll go over some of the gameplay rules for the Brawl format.

How Does The Command Zone Work?

At the beginning of each game, you'll start with your commander outside of your deck in an area known as the command zone. Anytime it's your turn and you have the mana to cast your commander you may do so. Think of the card as always being in your hand.

What Sets Are Legal In Brawl Right Now?

As of the time of writing, these are the sets that you can use for Brawl decks and when they rotate.

The following cards are banned from Brawl and therefore cannot be included in decks.

Brawl doesn't adhere to the ban list for Standard. For example, The Meathook Massacre

, which is currently banned in Standard is still legal for Brawl. If a card is Standard legal and isn't listed above, it's good to go.

Where To Play Brawl?

If you're looking to play some Brawl, there are quite a few convenient ways to do so. Let's take a look.

This is my personal favorite way to play Magic: The Gathering - In person, with friends and others at your local game store or get-together location. There may even be events for Brawl where you can win prizes for playing.

MTG Arena is a free app available for your phone and desktop where you can play digital games of MTG. The app supports a few different formats such as Standard, Draft, and of course, Brawl.

You May Also Like: Latest Brawl metagame decks from MTG Arena

SpellTable allows you to play games with friends (or strangers) with your physical cards via your webcam and the SpellTable technology.

Brawl is a mix between the wildly popular Commander format and the Standard format of Magic: The Gathering. However, it hasn't quite caught on as those others have. With that said, I find the format has all the fun of Commander with some unique deck-building challenges. If you're interested in the format, I cannot recommend it enough and I hope you have found this Brawl format guide to be of some use. If you give it a try, comment below and let me know what deck you build.