I have gathered some interesting builds for you to try out the first Week of Magic 2020. It is a mix of brews climbing to mythic. 5-0 lists from MTGO and decks from content creators. While we have some budget lists and decks that requires only a few new cards, as always; be careful with your wildcards! The start of a new set is always a wild west.

We start off with a budget favorite. Mono-blue is the cheapest competitive deck you can build. With only 4 Rares from Dominaria, the rest are common and uncommons. Not only that, this new M20 version has taken loluminium all the way to Mythic! He has posted a detailed rundown on how to play it and, the strategies against different decks in this reddit post 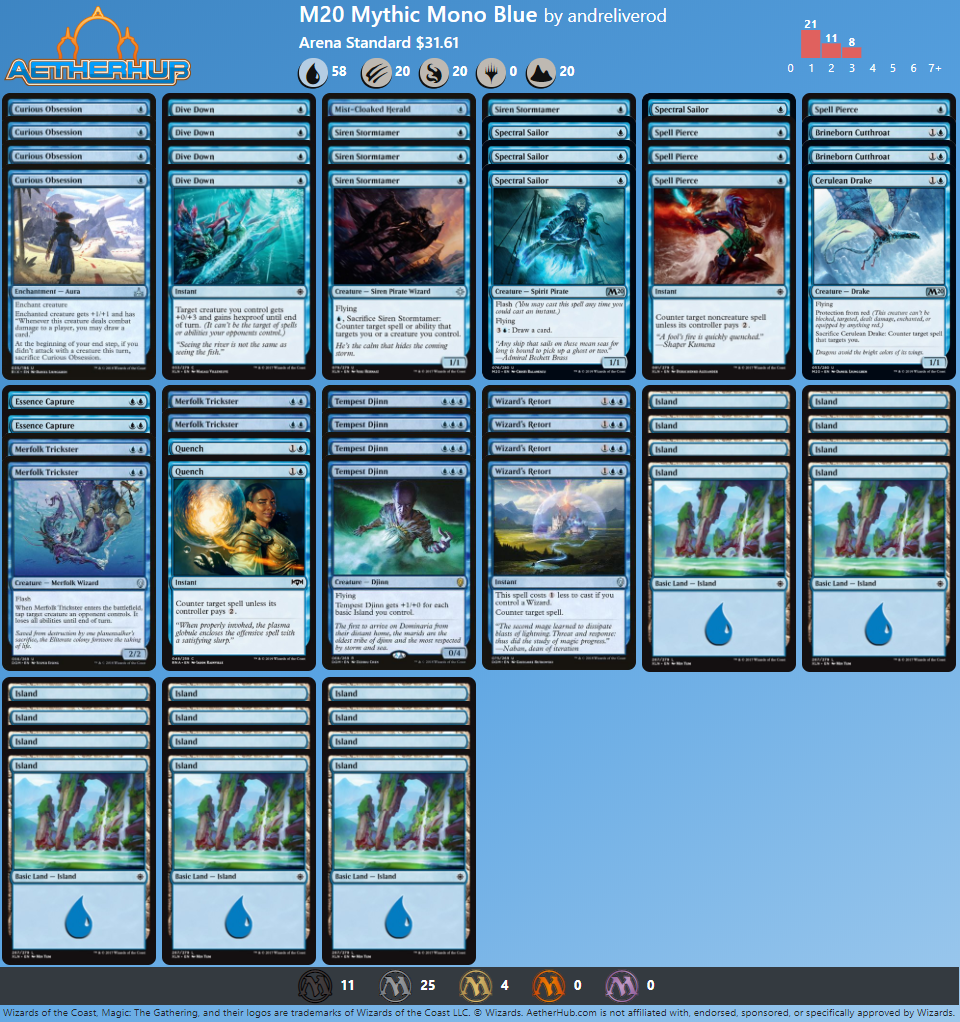 Huey recently climbed up to Mythic rank with a spicy Vampire brew! 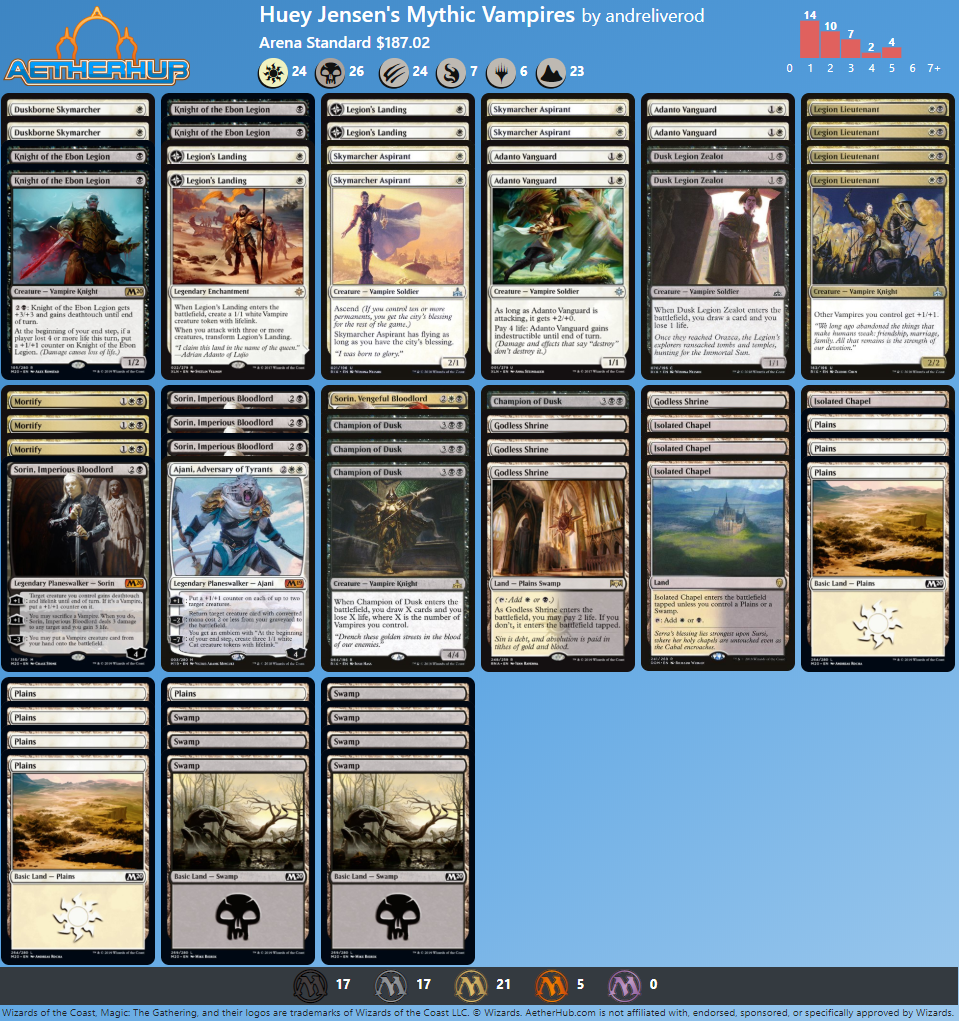 A crazy new decklist with Scapeshift

has been getting a lot of attention, climbing the MTG Arena ladders. We manage to fetch a snapshot of it: 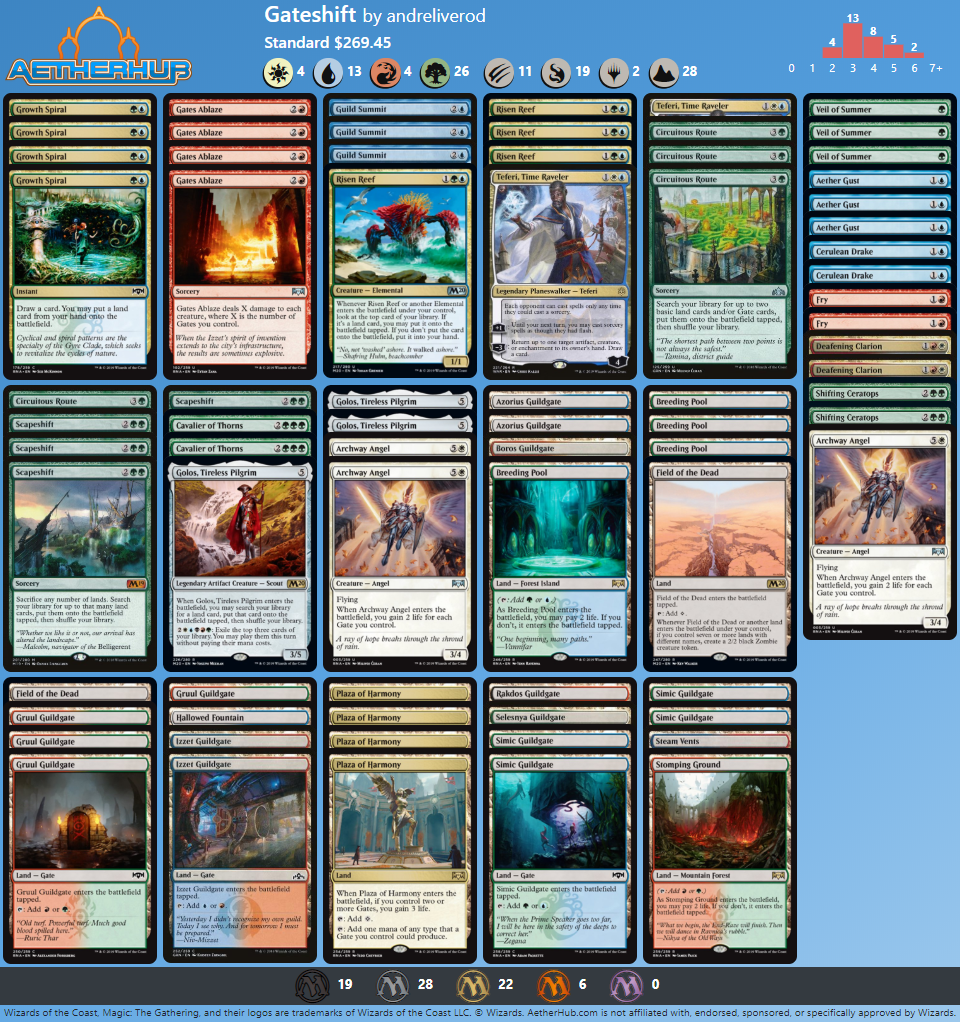 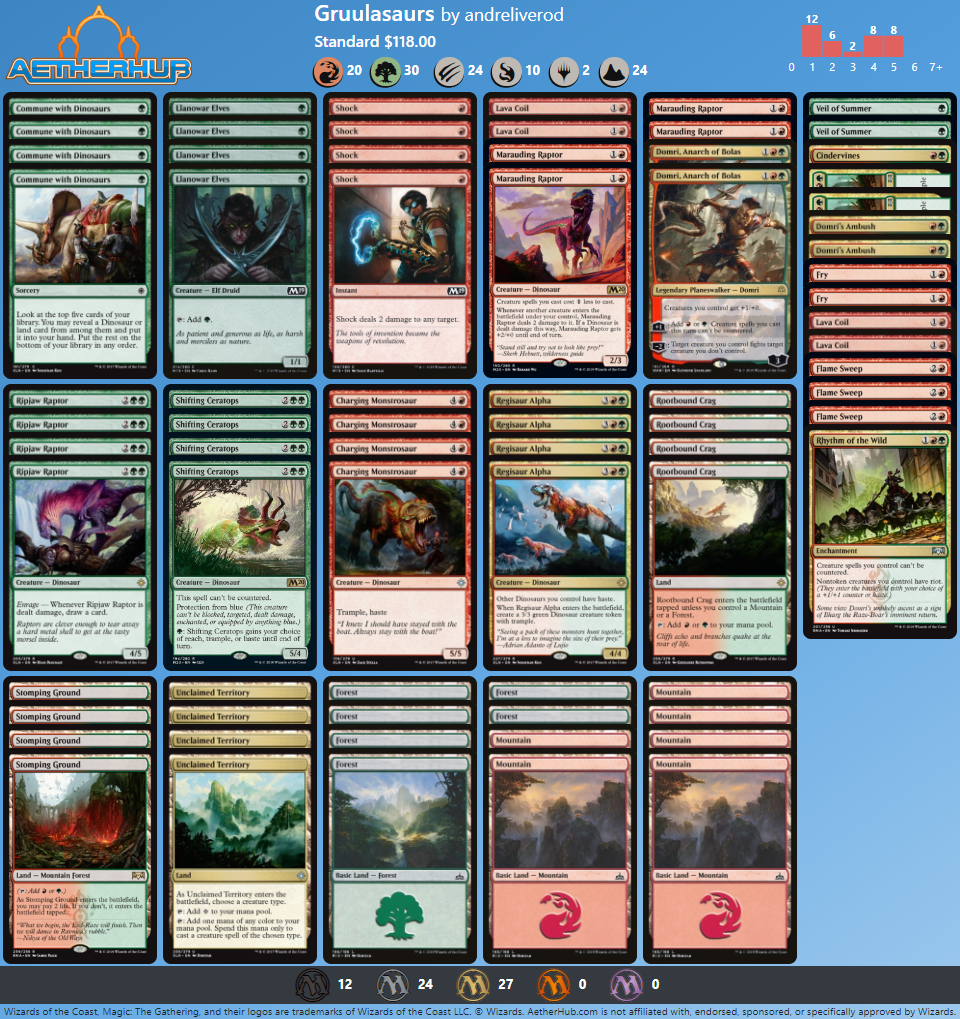 Standard - The Rule Of Law

. Locking out the opponent out of the game and slowly grinding him down. If you already run a Teferi deck this will cost 4 rares for Scheming Symmetry 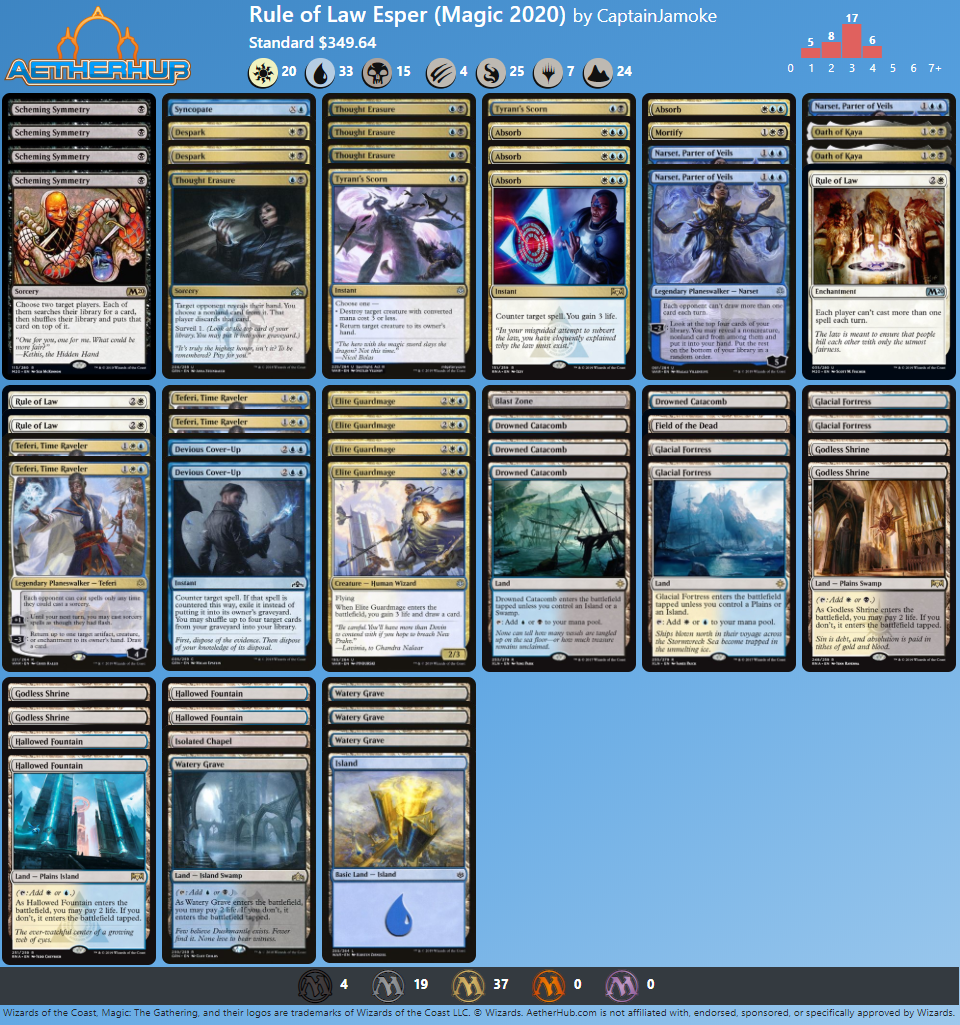 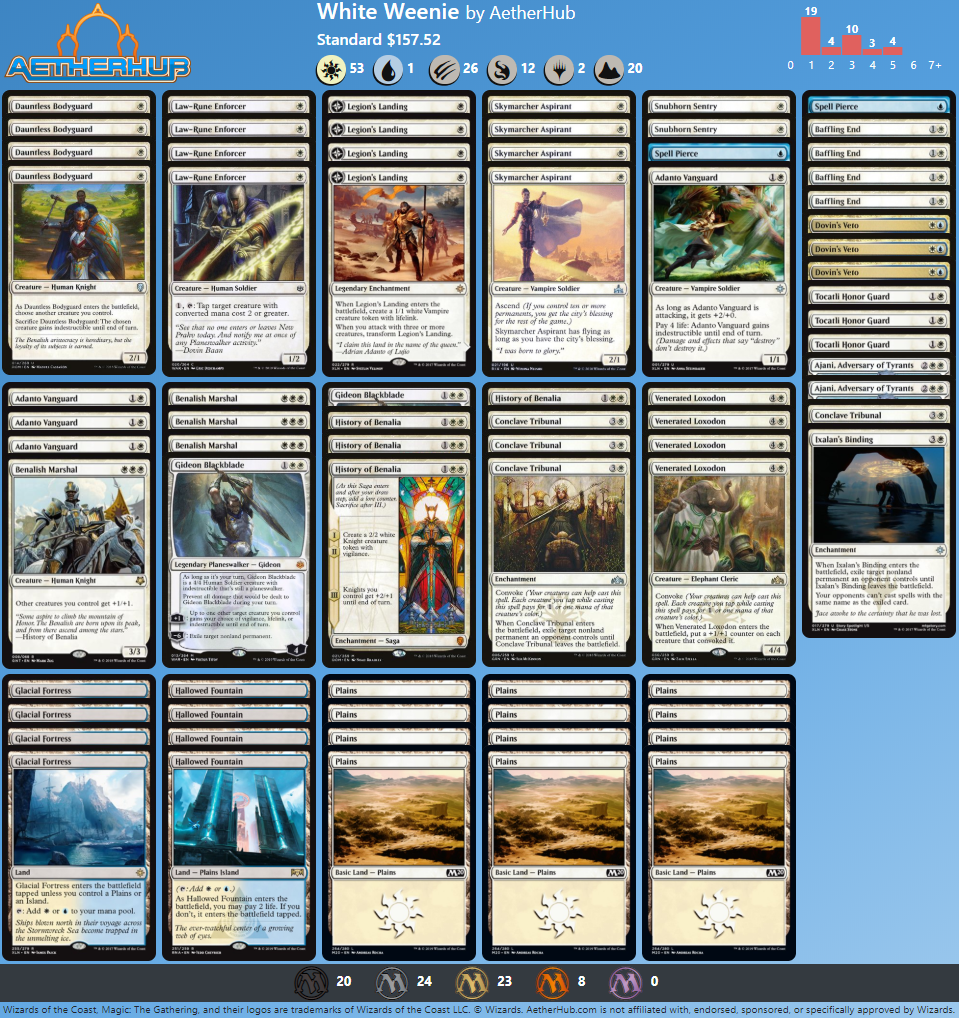 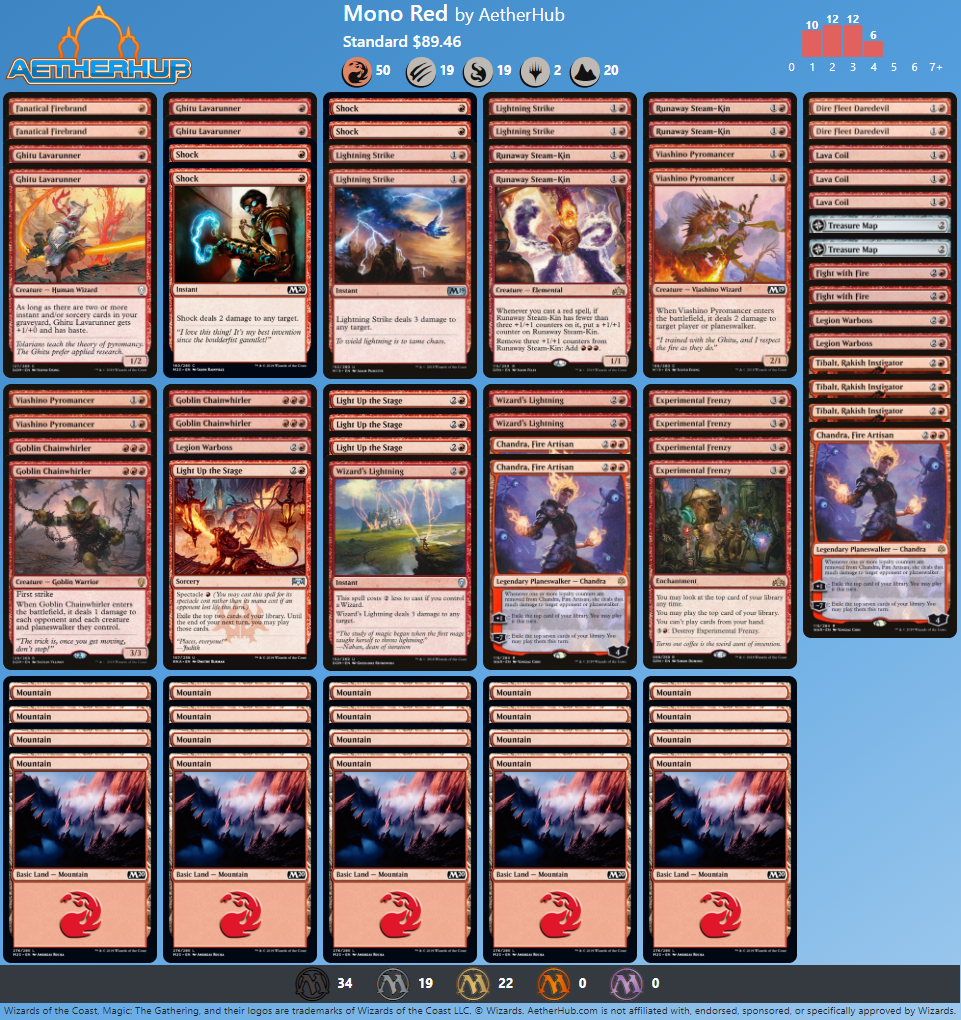 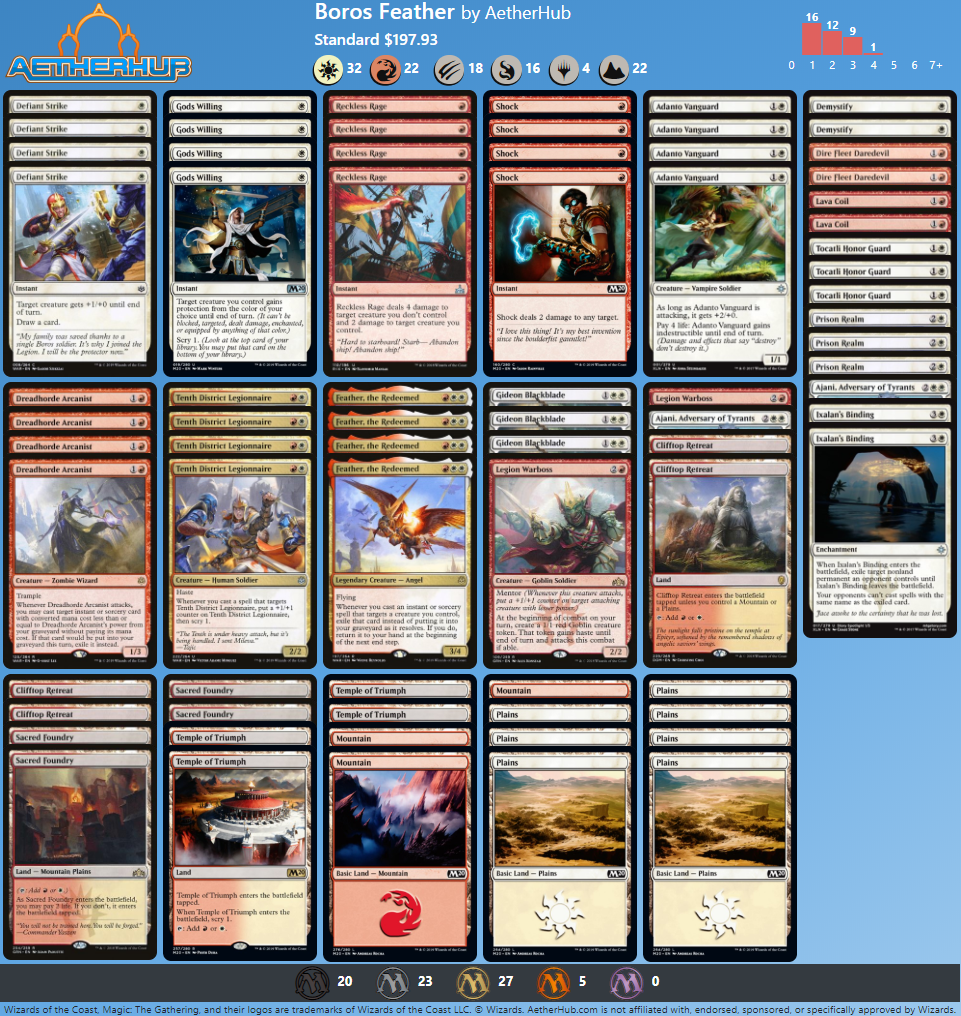 frogger3d 07 Jul 2019 17:18
It seems Huey Jensen's Mythic Vampires has the wrong sideboard and was mistakenly copied from Gateshift below it.
Riskshocker 06 Jul 2019 22:45
Thanks for the Summary! Just wanted to point out that some sideobards look out of place.