Ikoria has finally dropped on Magic Arena and WotC is giving us all a free draft entry into either a Traditional or Premier Draft. Here are my first impressions to help you get started!

Mutate is very strong. I cannot stress this enough which is why it's the very first point on this list. Playing one, two, three, four drops in quick succession is a great way to win limited formats and here it is no different. But when one of those drops is a mutate creature that drops one turn earlier on the curve with haste, it usually closes the door on anything an opponent can do. 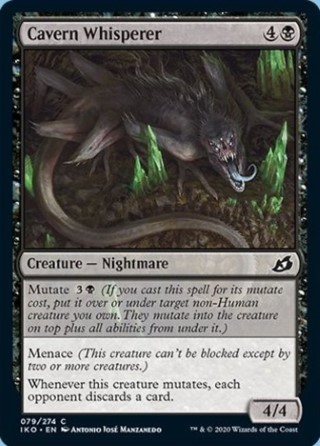 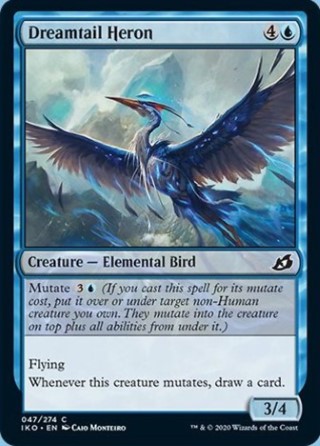 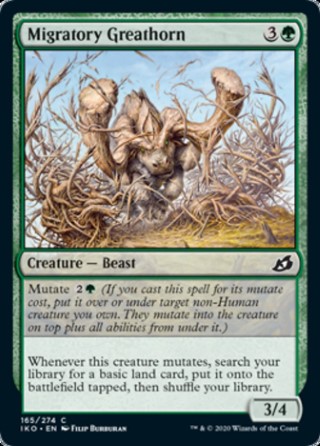 If you are going to play Mutate, your primary color should be in one of the Sultai Colors. Red's Mutate colors at the lower rarities are not impressive and White has a glut of Humans at commons, which cannot be Mutated on. 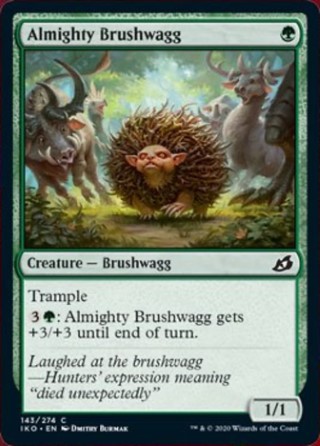 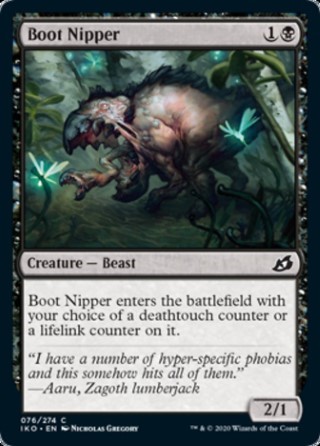 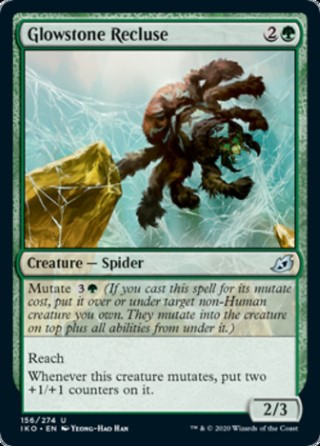 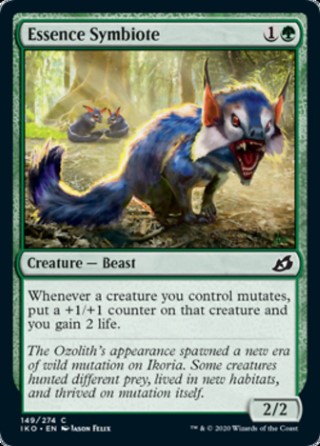 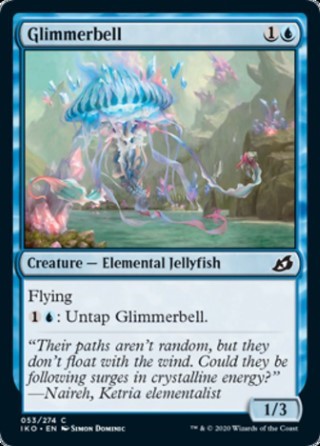 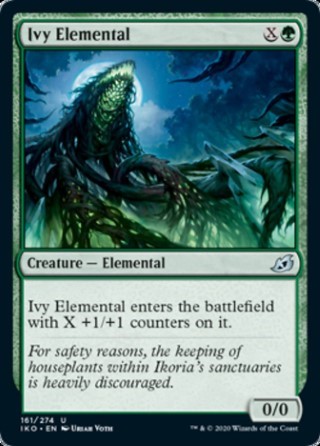 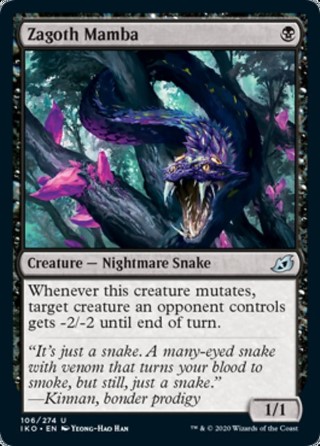 Don't be afraid to go tall with your Mutate cards and stack multiple "When this card mutates" on top of each other. It will demand an answer from your opponent. If they can't stop a card with one Mutate card on it, it is very likely they can't stop one with three Mutate cards on it. And remember, even if your opponent uses removal in response to you mutating onto a creature, that card you just cast will just enter the battlefield as it's own creature.

2. There are multiple archetypes even in the same color pairs

Unlike previous limited formats, there are multiple archetypes within the same color. Just check out the Boros uncommon cards alone 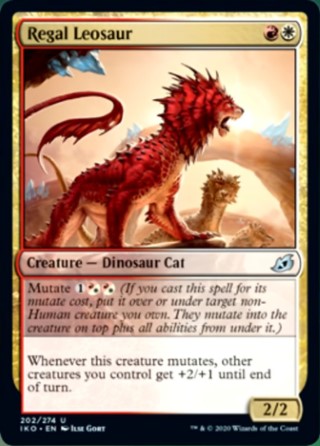 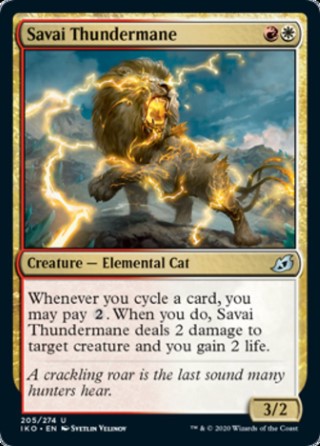 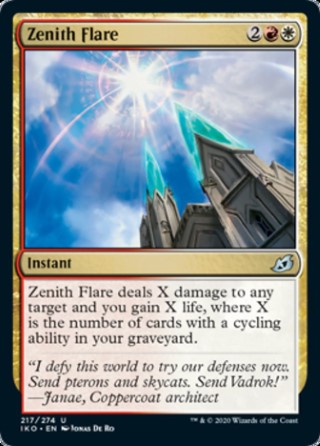 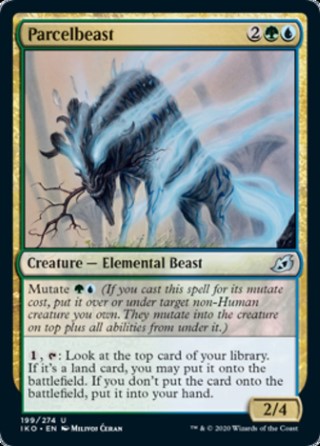 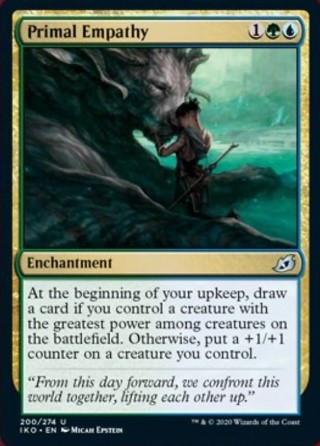 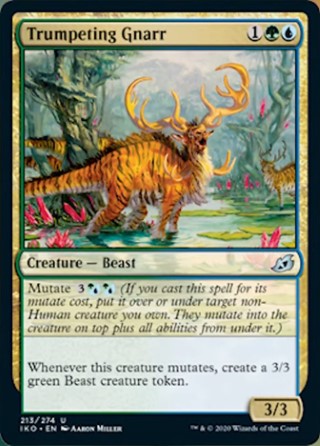 3. Don't get too focused on synergy

While in my previous point, I mention to look out for synergies between your cards, but don't look for cards that lean heavily on one strategy. For example, I went hard on noncreature cards and payoffs in a Jeskai deck after drafting a P1P1 Whirlwind of Thought

. I ended up doing very poorly despite having a lot of noncreature payoffs because I could not maintain a board state. 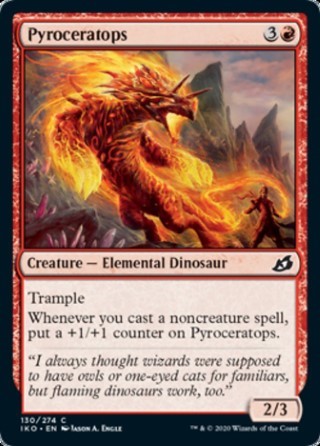 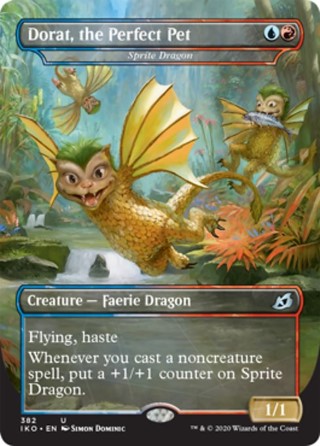 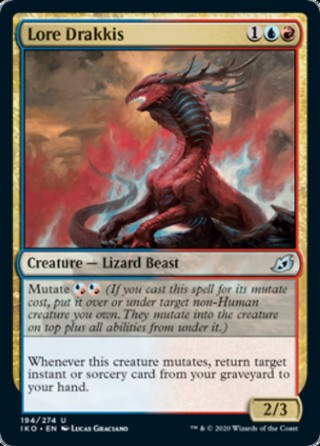 I also played a cycling heavy deck with a bunch of payoffs, and even though I had 10-12 cycling cards in my deck, a lot of games went where I had a bunch of payoffs without seeing any cycling cards. Looking back, a lot of cycling payoffs having cycling themselves and I should've kept one or two back and I took that lesson into my next cycling deck and went 7-2 with that one.

You still want a deck that has a good curve while picking up good synergies, but don't go hard into a single strategy while neglecting a good curve. Earlier when I was mentioning Mutate, the reason why it's so strong is because of how strong it is when played on curve.

4. Fixing is great, but only go into 3 colors if there is a significant payoff

This is a wedge sets, but unlike Khans of Tarkir, there aren't any gold wedge cards in the common and uncommon slots. In addition, unlike Khans of Tarkir, the lifegain duals are NOT guaranteed in the land slot. This means that the wedge colors should not be forced. Unless you draft a powerful wedge rare or mythic or a bunch of off-color high power cards, you should still stick with two colors. Consistency is key to winning draft games and if your mana base isn't sufficient enough, you will get free game losses because you didn't draw the right colors. 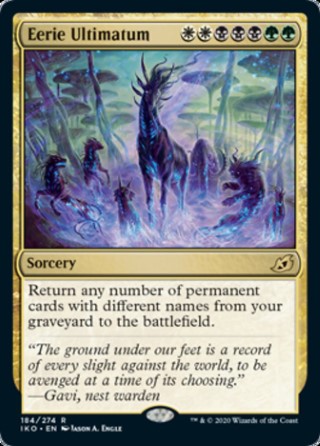 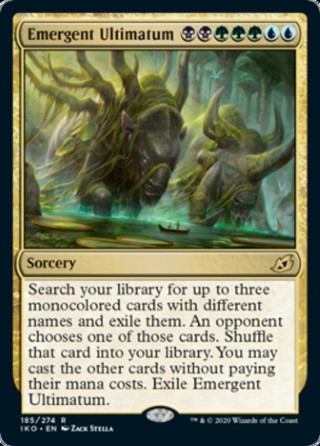 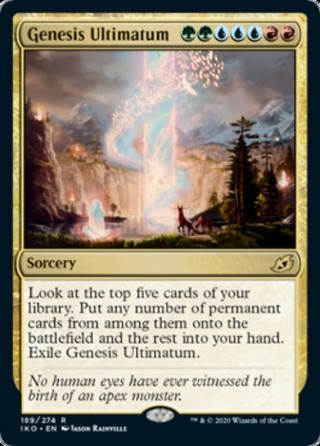 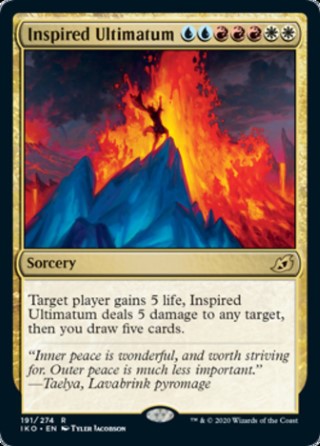 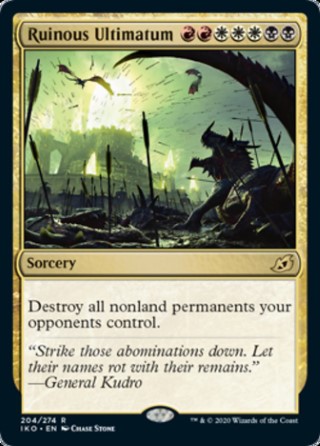 Let's be honest here. Drafting an ultimatum is a strong enough payoff to go into the wedge colors. Usually when you cast these cards, you will win the game. But they are very, very mana restrictive. If you don't have many dual lands and/or mana fixers, you will not be able to cast them. Don't be tempted by their power level; make sure your mana base can handle playing these cards and your deck can keep you alive long enough for you to do so.

Mind your curve. Ikoria is a very, very deep format, but draft fundamentals will be the key to going 7-X in your MTGA drafts.

Oh, make sure you have a way to deal with enchantments, especially in Bo3. Enchantments can run away with the game (getting RNA flashbacks)

Good luck in the new format!

Kagros 19 Apr 2020 00:08
Most of the time it's best to just draw out the removal. There hasn't been that much removal, but I beat a control deck by just going wide instead. Best to adapt to your situation and most of the mutate triggers are usually worth a card anyway. So I think it's worth the risk.
The_Magician 18 Apr 2020 10:46
Great Article thx.
my personal experience with mutate is a little bit up and down. As the Set has super high amounts of removal in almost every color it is really important to think about if the mutate ability is really worth it to lower your board state by one creature.
I guess what you mentioned is key: You need a lot of cheap and good 1 or 2 drops to make mutate a thing with almost no downside, but a huge upside right?!