It's a pretty fair, midrange deck overall with a lean toward aggression to keep pace with all the ramp and aggro decks in the meta. It also lets us actually outspeed more dedicated control decks given our own lack of ramp outside of the two-of Henge. This deck was built in response to the heavily aggro, heavily rogue meta where we can often just remove their early creatures and come down with far superior threats. Given the prevalence of flash, I've gone for more instant-speed removal, though YMMV and you may want to put in more Blood Chief's Thirst or the like. It's also tempting to experiment with Ram Through and Primal Might, but they require having creatures on the field to achieve what's usually the same effect as our current spot removal.

Garruk's Harbinger, while being tricky to cast on-curve, lives up to its Beast creature typing right now given how much black removal is being thrown around. Being able to clear out their blocker and then swing in for four while possibly adding a creature to our hand is pretty sweet for three mana. Let's just take a second to appreciate that this card is somehow not considered super broken considering all that it can do. My how times have changed.

Scavenging Ooze is of course very well positioned in the current meta, with several Graveyard decks floating around, as well as the ability to thin our our own against Rogues.

Polukranos is another good response to the Rogue rampage due to Escape, its ability to chomp on their flyers, and surviving death-touch.

Against more dedicated control decks, a Nissa who manages to stick around can get a fair amount of damage in while being able to return creatures our opponent removes or counters in a way that can't be countered in itself, though she is vulnerable to shark tokens. She also pairs very well with Crawling Barrens, giving it +3/+3 and menace, so if the game's gone long enough we can be swinging with a 7/7 or 9/9 who dodges sorcery speed removal and Hearless Act. Though be careful if you're low on land and the opponent has removal or the ability to flash in blockers.

Obviously, there're currently 62 cards in the deck, so theoretically it should be easy to improve upon with a couple of cuts, but the extra two cards haven't slowed me down too much it would seem!

The sideboard has worked out as well, giving us more options against aggro with a few board sweepers, Shadow's Verdict in particular can really hose the plethora of Graveyard centric decks... Like Rogues with Lurrus! Did I mention that I want this deck to be good against Rogues enough yet? Duress can come in against them as well, or any other counter spell/removal heavy deck. Okahame Adversary is also spectacular against aggressive green decks where we'll side Verdict in. The best is when you get to cast it for two, and then Blood Chief's Thirst that first creature of theirs. It might be worth considering removing Destiny Spinner for more Duress and maybe a Baloth, but a 2/3 isn't nothing in the match-ups where we're worried about counter-spells and can soak up some of the pressure lower on the curve to make way for our fatties. We also don't have any enchantment removal, so if certain decks become more popular, we might want to bring some of that in.

I'm not too sure about this, but I usually remove Henge against removal heavy decks due to how hard it can be to keep a creature down, and then resolve it, and then resolve another creature to actually get anything out of it. In games where I'm siding in Verdict, I'll often side out the smaller creatures. Usually Scooze if they're not using the GY.

So far, this deck has a 69% winrate in traditional ranked in the plat 3 to plat 2 range out of thirteen games and is 51-32 on the play queue, though it did have a fantastic run peaking in the low 70's between 32 and 52 games, so it definitely can put in quantified work thanks to the handy MTGAssistant. Most importantly, it's a fun deck to play where we get to have interaction, creatures, and planeswalkers making it so that we get to win with a variety of cards. It's also not a deck you see a lot of on the ladder, so we don't have as many mirror matches to deal with, but even then we have a strong chance of winning those. 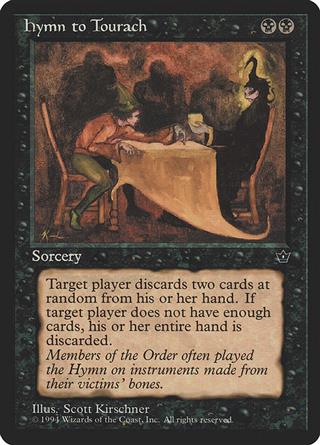