This is a draft of an artisan zombies deck I am probably going to try out in the artisan FNM event this Friday.  In  preliminary playtesting, I have found this works fairly well.  The main goal is to fill the battlefield with cheap zombies like [[Diregraf Ghoul]], [[Dreadmalkin]], [[Grim Physician]], etc. and then cycling the new card just added with Historic Anthology III, [[Gempalm Polluter]], which causes target player (you should target your opponent, by the way, or not, that is totally your call and I am not going to tell you how to live your life) to lose life equal to the number of zombies on the battlefield (which does include zombies your opponent(s) may have.  It is also worth noting that the effect from cycling [[Gempalm Polluter]] can not be countered in this format except by [[Siren Stormtamer]] ([[The Wanderer]] would not prevent it as it is life lost and not noncombat damage that would be dealt).

Also included in the deck are a few cheap kill spells like [[Cast Down]] and [[Elspeth's Nightmare]], which also has some other chapters in the saga that can be very powerful in this format, as well as [[Chainer's Edict]], which is helpful when trying to deal with your opponent's hexproof creatures as hexproof auras often tend to play a key role in these formats.  Additionally, while [[Doomed Dissenter]] itself is not a zombie, it does leave a 2/2 zombie creature token behind when it dies, making it great sacrifice fodder for [[Costly Plunder]] to help refill your hand.  [[Grim Physician]] is also a good creature to sacrifice for casting Costly Plunder due to its ability that it triggered upon dying.

I wanted to keep the curve as low as I could, which is why other viable cards like [[Vizier of the Scorpion]] and [[Herald of the Dreadhorde]] didn't make the cut.  I just felt like they would be too slow to develop, even though they do supply some additional amass tokens and protection from removal, respectively.

Becuase the curve is so low (only 2 cards that cost 3+; 2 [[Eslpeth Nightmare]]), I only have 18 lands in the deck, including two [[Barren Moor]], which can be cycled in the late game to try to hit more nonland cards if needed.

If you decide to give this deck a run, let me know how it works out for you.  I may end up revisiting the build after I have played some games with it before the event is over.  Hopefully there won't be too much [[Cry of the Carnarium]] or [[Golden Demise]] around during the event.

Edit 1: After a rough start, I was able to get in a few good games.  I wouldn't put it in the top tier of the meta by any means, but it is fun to fill the board up with zombies and cycle [[Gempalm Polluter]] for a lot of life loss.  The main issues I kept running into were an inconsistency in draws, and opponents "cheating" (but not really) out bigger threats early with ramp and mutate when I was on the draw with nothing to respond with. 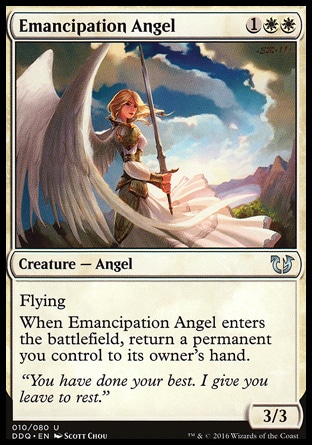