I've been working on this Sultai List for a week straight , bouncing off different ideas done in the past, different ways to play this as an aggro shell with [[Thoughtbound Phantasm]] and [[Dimir Spybug]], but in the end I went with the control shell using dimir as the dominant colors. We've splashed Green for [[Assasssin's Trophy]] out of the sideboard and the few copies of [[Tamiyo, Collector of Tales]]. I have considered playing some copies of [[Hydroid Krasis]].

[[Ashiok, Dream Render]] does SO MUCH WORK for us here in this deck. Not only does it demand an answer from Scapeshift decks, but it allows us to keep their graveyard out of the way all the while hitting our [[Creeping Chill]]s and [[Narcomoeba]]s. This also fills our graveyard for viable targets for Tammy to get something valuable back like a combo piece, or even [[Mission's Briefing]] hitting something back like a [[Thought Erassure]] or a [[Spark Harvest]]. Feels good.

The main combo in the end game that has worked more times than not includes {{Doom Whisperer}}, {{Enhanced Surveillance}}, and {{Jace, Wielder of Mysteries}}.

We simply surveil with [[Doom Whisperer]] peeping the top four due to the passive of [[Enhanced Surveillance]], hitting anything necessary along the way, until we have 2 or less cards left. When we are there we draw and either plus [[Jace, Wielder of Mysteries]] on board or play the one we kept to the top with [[Doom Whisperer]] bahahaha. You won't believe the look on the opponent's face I swear by it. This isn't top tier or anything, but it def competes with those decks.

On a side note, this whole entire deck besides the check lands is Rotation Proof! You probably could get away with just making it full on rotation proof later on without the Tammys and Assassin's Trophy, but these two are powerful and I'd rather find a way to play them in all honesty.

(EDIT) I have decided to go mid range on this strategy! I have tested and found this to be more fitting against control and opposing faster decks becasue of the stronger creature count. I have added 3x [[Embodiment of Agonies]] , 1x [[Multaini, Yavimaya's Avatar]] , and 2x [[Underrealm Lich]] to this list. BOY does this change it up for the better. I like this feel and I love how the adaptation of the deck is coming natural without forcing some cards to fit. 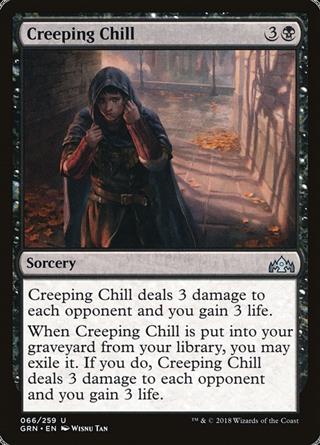