Cavalier's Creatures is the first of two decks inspired my friend Chris, he wanted a Jund deck in standard so I went a step further and made it a creature only Jund deck that will last through rotation! The first thing you'll see in the deck is that all three cavaliers are featured. Then you might notice the very unique lineup of creatures featured around the Cavaliers and at the center of those creatures is...
[[Nullhide Ferox]] who gives great value as a conditional hexproof 6/6 for 4. On top of that if you are forced to discard this is a threat that cannot be removed from your hand. In a creature only deck [[Nullhide Ferox]] provides a difficult to remove body with very little downside.
Another creature that creates a lot of pressure is [[Pelt Collector]]. Similar to the way [[Tarmogoyf]] pushes modern Jund [[Pelt Collector]] provides a cheap body that turns into a mid game threat just by playing magic. If the opponent uses removal on this then that means they have one less option for your creatures later on.
Each Cavalier provides very good effects for the deck accomplishing your game plan in their own way.
[[Cavalier of Flame]] is a really powerful card that let's you toss creatures into the grave and it unlocks haste for all of your creatures. It also has the highest attacking power out of the three Cavs, this makes it better for buffing pelt collector in the mid/late game.
[[Cavalier of Night]] is the most reliable form of creature removal in the deck, while you do have to sac one of your own to do this, chances are that you have plenty of creatures to do this with and that provides a discount for [[Molderhulk]], plus [[Cavalier of Night]] gives resilience to board-wipes as he bring a guy back upon death. [[Cavalier of Night]] also provides lifelink which always feels good.
[[Cavalier of Thorns]] is probably the best of the three cavs, it ramps you and tosses cards into the grave for [[Molderhulk]], and on top of that if it dies you get your choice of draw for the next turn. That 5/6 reach is relevant too.

[[Molderhulk]] has already been mentioned and there isn't much more to be said about the reanimated mushroom except that it isn't always a 6/6 for 2 but in the mid-game chances are that it is and that is really good. [[Molderhulk]] also gives you the added benefit of ramping your board which may be an overlooked ability as that means it is kinda a 6/6 for 1 mana.... huh that is cool.

[[Beast Whisperer]] is the secret MVP of this deck, I had originally thought it was to risky to play a 4 mana 2/3... and it is, but with so many dangerous creatures in this deck if the opponent uses a removal spell on a utility card like this it's gonna feel bad for them and if they let it stick then things will get really bad for them. Heavens forbid you manage to stick two [[Beast Whisperer]]s on the field!
[[Eternal Taskmaster]] is a very interesting card, it has a good body at 2/3 for 2 and most of the time you will only use it for that as its ability seems a little expensive. Truthfully I've considered cutting it multiple times but it has at times been the linchpin of a some great comebacks, fetching one of your power cards from the grave when your hand is struggling actually can bring you back into the game, and if [[Eternal Taskmaster]] gets to keep generating this value then it starts to pay for that mana cost real quick...
At first glance [[Glowspore Shaman]] seems like a really bad card, and in most decks it is. However in our deck here [[Glowspore Shaman]] actually puts in a tremendous amount of work. It sets up [[Molderhulk]] and is a cheap activator for [[Pelt Collector]], but most importantly in a three color deck [[Glowspore Shaman]] fixes your mana. To be able to guarantee mana drops or ignore them is a extremely underrated ability on a two drop that also accomplishes two other parts of our game-plan. On top of all of that [[Glowspore Shaman]] also trades with most earlygame creatures and is a great target for [[Cavalier of Night]] trading up and returning later if you still need its help.

[[Growth-Chamber Guardian]] this card is just plain good, it comes in as an on par body, but its true power comes from the fact that it gives you an outlet to sink mana into when you find yourself stuck on 3 mana or it gives you a way to fetch more creatures to use with [[Beast Whisperer]].

[[Gruul Spellbreaker]] is just a great card, it's ability is really nice, and it acts as an activator for [[Pelt Collector]]. Most of the time you want the +1 counter off riot but haste might be required in games where you need more face damage.
There you have it, an all creature Jund deck that consistently floods the battlefield with medium sized bodies. 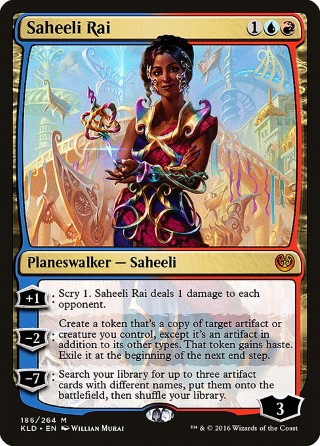