Historic has a lot of potential as a format and the community is split on whether or not it is a good idea or not to add curated cards to the format. This is a really important crossroad for the format and great care has to be taken. There is no need to rush, time will tell which direction the format will take. There are only benefits with waiting and observing.

The issue for those not up to date is that with the rotation we will have a new format where we will be able to play with old cards, it is called Historic. Wizards recently announced something no one expected and that was that they every now and then want to seed in 10-15 cards from Magics large card pool outside of Arena to spice up the format with powerful cards.

There is a split in the community right now with people who welcome this change and the people who want the format to grow naturally and let it take its time, maybe introducing older sets earlier in MTG Arena like Kaladesh and Amonkhet. The decision to introduce curated cards to the format came as a surprise to most of us and it makes the direction of the Historic format a bit hard to predict.

One thing is for sure, this will have a big impact on the format and make irreversible changes, it will stake up a path that we do not know is good or bad. The important thing for Wizards to take into consideration is that there are very few downsides if any, to wait it out. Let the format grow naturally for a couple of sets, maybe even a rotation and see what direction it takes and what players want out of it.

But let us explore the potential sides of curated cards in Historic. This is a very important discussion we need to have going forwards as Historic has a huge potential both from an MTG players perspective and also a business perspective for WotC. 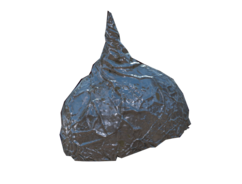 put the tinfoil hat on

The real reason it is called Historic

If you are like me you have probably wondered why they chose the name Historic as the name of the format for something that is newer than a format called Modern. It does make sense in MTG Arena as the Standard format is called Traditional, Historic makes sense as the older format.

Several voices from players are saying that they should concentrate on MTG Arena for Historic and keep it a digital experience only. We can assume that making it paper viable is the goal, as Wizards would benefit greatly on making it a success there too. If it is popular on MTG Arena, players would like to also make a paper deck and play it there.

But in the sense of paper Magic, what in the world is Historic? The name makes no sense standing beside formats like Modern, Legacy, and Vintage, it even sounds older than all of them. Then came the recent decision to add cards from the older sets into the mix. Taking the powerful but not broken cards gives them the opportunity to create a brand new format with an interesting twist. Only picking cards thoroughly tested and that fits with modern card design will make the format very interesting. But it still does not make sense in paper magic beside all the older formats...

Well, what if the goal is to replace the old formats?

Now it makes more sense to do the curated cards move. You would catch the interest of players already invested in older formats in paper, after a couple of years there might be enough older staple cards included that Historic will have more attention than the old formats of today. While it does sound a bit weird it is not completely unreasonable that this is a long term they have in mind.

This is been an issue WotC has worked on for a long time, the introduction of reprint sets like Modern Masters has given them the opportunity to monetize on the older formats. Using curated cards for Historic will build up additional demand for re-printing them in booster packs, if Historic is successful in Arena, people will want to play it in paper too.

Historic does not compete with MTGO, they will still have Modern, Legacy and Commander there. As they introduce new cards more players would probably want to try out the format and might want to play MTG Arena instead. Converting them over to purchasing both in-game and paper standard boosters.

For them to be able to have a newer format where the new sets have a lot more impact on the meta would be good for the business. The question is, wouldn't it be better to just let the format grow naturally and let the new sets have bigger impact than injecting random curated cards into the format? It would take longer time before it gained real traction but new sets would have a higher value as they have more impact.

One of the problems with introducing cards that have never been printed in MTG Arena is that wildcards are needed to obtain them. Wizards are currently in the thinking tank with this issue and are working on a way for players to obtain these cards. It would be bad to force players to use wildcards or gems to acquire these unique cards.

As an example, if they introduce 15 cards and 7 cards are relevant to the current meta and players want playsets of them, they would have to spend 7x4 = 28 wildcards to get them. Before the recent announcement of 1:1 redemption of wildcards this would be 56 wildcards instead! With curated cards you not only risk overpricing the format but also twisting the metagame so much that new Standard sets have little impact.

There needs to be a way to get these cards and it is a bad idea to put a time constraint on it, as this will make it a very hard to access format for future players starting the game at a later point. Having some kind of events or even Campaigns to acquire these sounds interesting, having a quest tree with preconstructed decks against the AI bot Sparky might be an interesting way to tackle this issue. It makes the event evergreen and always accessible as no human players are needed. It is also a great way to add a singleplayer aspect to the game with the resources already available in the game.

Another way to solve this could be by making the cards accessible for purchase with gold, making them easier to acquire but still not a lot better than using wildcards. 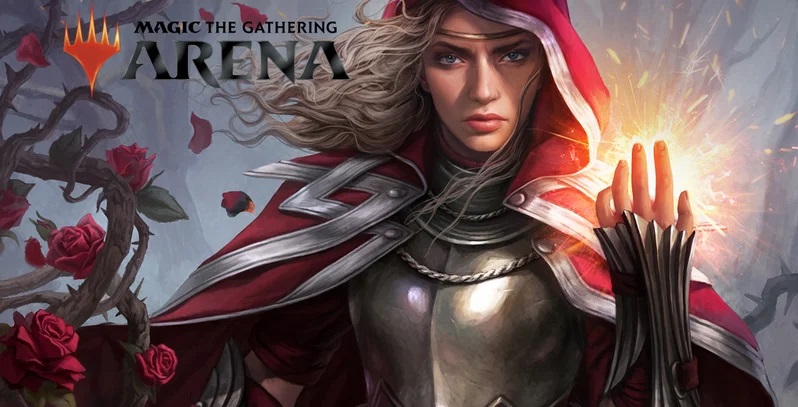 Making Historic unpopular to push Standard is a bad idea

A popular theory that has gained a lot of traction is that WotC is deliberately making Historic hard to access because they want to push Standard instead of Historic. The 2:1 wildcard was used as proof for this. While it is Standard that makes them the most money, it would serve them well to take good care of the new Historic format. Many people enjoy older formats like Modern and Legacy formats, non-rotating formats as they are called. One of the great things about MTG is that there are a lot of formats to pick from. Tired of playing Standard? Get into casual multiplayer with Commander, or try out some brews with Brawl. Want to be competitive but do not want to spend a lot of resources each new set and during rotation, try out Modern. Pauper is a great alternative for playgroups that want to play on a budget.

This is a luxury MTG has that not a lot of other games has. You get burnt out you stop playing the game, there are no other modes you can enjoy or try out. But in Magic, we still stay in the ecosystem since it is so easy to try out something else and a lot of times we will stick to that new format for a long time.

You take this away with making Historic expensive to get into, putting it behind unreasonable time-gates or other barriers that make people quit the game instead of jumping into and try out something new. Both Brawl and Historic should be easy to access and especially those curated cards should not be too hard to get even if you start playing the game a couple of years from now.

Now the point I want to make here is not that curated cards are wrong, or that that Historic should only be full sets and that it is better to release some of the older full sets instead. Both paths seem very interesting from different perspectives, the problem is that with one of them there is almost no way to turn back.

Wait it out a little, let the format grow naturally and see where it goes, sets back to Kaladesh can even be implemented to get additional data before making the decision to use older curated cards. It might be that curated cards are the best way to go, but there is a reason there are many players saying that they want natural set growth instead. The suggestion of adding old powerhouse cards to the format is very interesting, but take your time, let the format grow, let players explore it and give it some time.