/ Articles / The Formats is getting out of hand, this will be the downfall of MTGA

The Formats is getting out of hand, this will be the downfall of MTGA

There are three versions of Brawl now!

Here on AetherHub, we have a legality checker bot that checks the legality for all decks, it is quite complicated and with Brawl, we found some interesting challenges. We had to code in exceptions for cards like 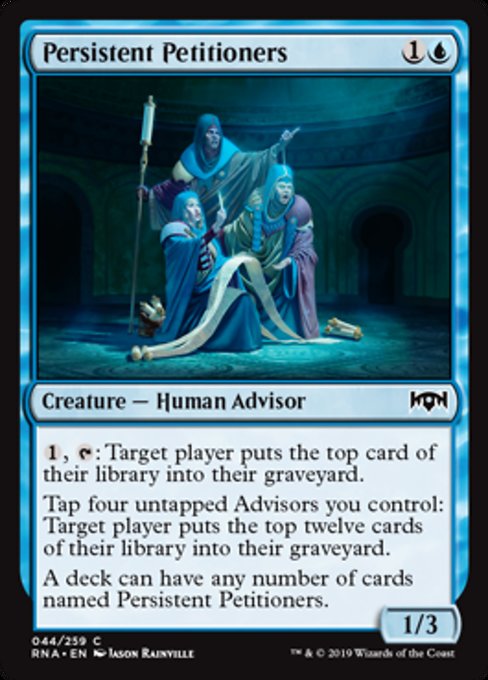 These can go over the one card limit and we also have to compare the color identity of the Commander to the rest of the deck, it is a lot of work. So we discovered something that I myself have talked about for about a year eversince this first started with the introduction of the ANA set. What am I talking about? Well let me summarize the THREE Brawl formats for you:

Standard Brawl
The traditional Brawl format that exists on paper with cards from Standard, this is everyone is familiar with.

Historic Brawl
Yup it exists, there are no events for it but you can play it against friends on MTG Arena. When making a deck just add historic cards to it and the deck can be selected on the friends vs screen.

MTG Arena Standard Brawl
Now this is the format of Brawl you can only play in MTG Arena, and it is a result of something weird Wizards did a while back and that was introducing an exclusive card set in MTG Arena called "The New Player Experience Set". In this set, there are some reprint cards and unique cards that only exist on MTG Arena and nowhere else, making Brawl unique on Arena. 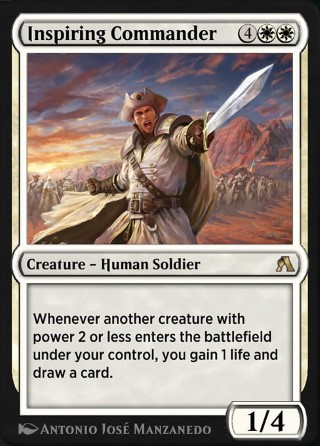 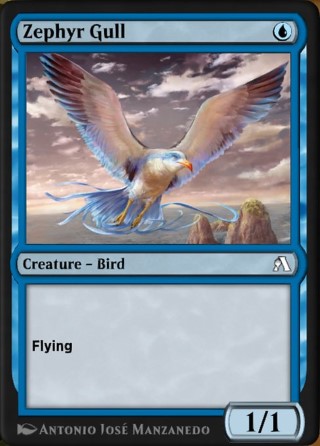 Yeah, you can have a seagull in your Brawl deck. The same is true for Standard and I feel that this is a problem we have to talk about because it is part of what I feel is a disconnect between "Real Magic" and MTG Arena.

There is no good reason for these cards to existing in the game, they serve no purpose other than making people confused and creating a line between the formats on MTG Arena, real-life MTG and MTG Online. I have been talking about how much I have been disliking this ever since the set was released and it has gotten a lot worse lately. We are really seeing MTG Arena heading into the Magic: Duels direction where it was a total disconnect from the rest of MTG.

You have Standard and Brawl that has their own unique cards and then you have the Historic format, now what did Wotc want to do? They want to add cards outside of the format from Legacy/Modern etc. to make it unique. This makes it really hard to take Historic into Paper tournaments, but why would the want that? Isn't Historic the new Modern format?

No, it all starts to make sense with the recent announcement of the Pioneer format! Which most of us are really hyped for, this format goes back to when I started playing MTG during Theros Standard! But guess what? With the announcement of Pioneer, they also said that this is not coming to MTG Arena.

You are starting to feel it right? You ordered and got served a full serving of Magic: The Gathering but Wotc is slowly diluting it by peeing in it with all of these ridiculous decisions.

As a non-MTGOnline player and someone who is hyped for Pioneer but wants to play on MTG Arena, there is no hope. I do not mind not being able to play Pioneer next year, but I would like to know that someday, in a couple of years, I would be able to play with all of these sets in MTG Arena and I would gladly pay for it. 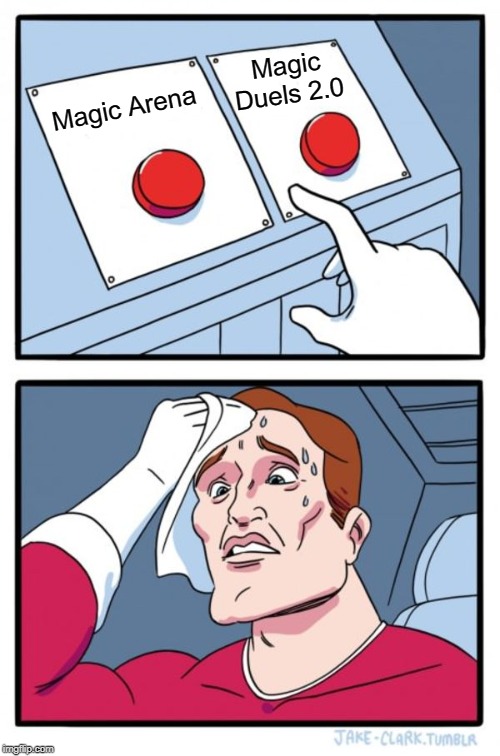 We are going downhill, it is time to hit the brakes and turn around and stop the descent before it is too late. We still have not passed the point of no return. If I can offer some hope here are my suggestions:

1. More triple your MTGA staff this is going to take a lot of work and investment but it is going to give a huge return, the current MTGA dev team barely has time to introduce new sets into the game.

2. Get rid of the ANA New Experience Set, it is only one or two rares in it and some common, uncommons that are playable. Give players wildcards instead and remove them as collectibles. Sure the bot can still use them, nobody cares about that. This is a very easy fix, and never introduce MTGA unique cards other than styles.

3. Gradually introducing cards in Historic seems like a fair point again AS LONG AS THEY ARE FROM PIONEER. Please do not mess this up, I know that your executives think it is good to separate MTGA from the rest but this will be its downfall in the long run. Keep the card pool within Pioneer, the moment you introduce other cards is the moment you introduce the point of no return and is the moment Legends of Runeterra suddenly seems like a very attractive new card game for your MTGA player base. The goal here is to merge Historic and Pioneer.

4. Work with introducing older sets going back to the start of Pioneer, flash drafts and events will be very interesting for people to participate in and they have something to build towards with their collection. This will probably take years but even so, take the steps and make an announcement that getting Pioneer into MTG Arena is a future goal.

Point 3 and 4 is the key to success here and is what I want to see announced from Wotc about this before 2019 to regain my confidence in the game. The vision of the early days with a Modern client that mirrors real-life Magic is starting to fade away. This time I don't think the voices are loud enough from users to alter Wotc direction, they are slowly steering into the abyss while we are busy brewing Brawl, Pioneer, Historic decks and trying to get them to add an evergreen Brawl queue.

andreliverod 28 Oct 2019 08:36
While some of you might think im just complaining for no reason, I am thinking long term longevity for this game. The path we are on right now is not a good one. Time will tell if they change their ways or continue slowly down the spiral. Is triple the MTGA staff unreasonable? You do realize that this game has been released now and it's not even halfway complete and full of bugs. They have a very solid rules engine though, but so far behind in all other aspects.
infinite 27 Oct 2019 17:03
he carries it on his back...this site looks and aetherhub operates FAAARRR outside what is fiscally feasible. I'm surprised so much gets done as he's also salary IT legit. I'm pretty sure they put some different in the energy drinks over there in norway. probably something like chuck norris piss...but I digress. also he's not the only one having to program around this. Every other place with assets and databases derived from wherever designed to work wherever and for unREAL cards...
Paulr 27 Oct 2019 07:21
Triple your mtga staff... Dude chill out a bit.
Pochusaurus 27 Oct 2019 05:14
If anything, it only makes the MTG franchise better. The idea behind MTG Arena was to allow people all over the world to have access to some shape or form of the MTG franchise. Paper Magic can be expensive and impractical, MTGO isn't available to everyone and isn't appealing to everyone.
Nasamonkey 27 Oct 2019 02:41
Seems like a lot of USELESS bitching over nothing.
infinite 26 Oct 2019 22:29
nice!