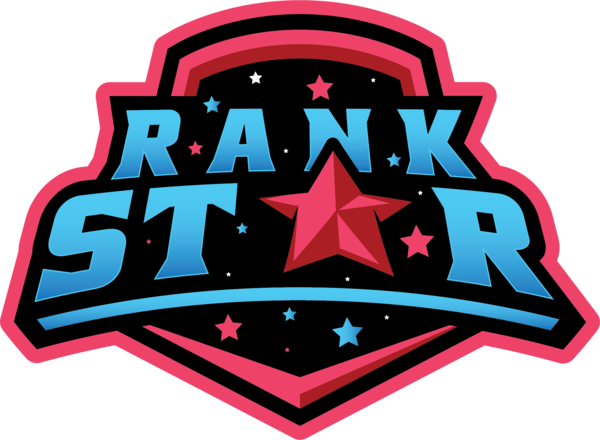 Aetherhub is working with Team Rank star and their content creators, giving them a platform in the MTG community for their content. We are excited to see more Esports teams jumping into MTG Arena.

Team Rankstar is a CCG team with a focus on the digital space, including Eternal, Gwent, Hearthstone, The Elder Scrolls: Legend and Magic The Gathering: Arena. Having lots of experience in other digital card games, we at Aetherhub are happy to see them focusing more on MTG Arena. Their team webpage can be found at teamrankstar.com. Without further ado, let's present their key members concentrating on streaming Magic the Gathering Arena going forwards:

With over a decade of stage performing and radio experience, Flake has found his niche in the hosting role within the gaming world. A veteran of both paper and digital card games, he has collected 20 years of fond CCG memories to share and draw from.

Having cut his teeth on the mainstream paper card games of the 90s and 2000s, Flake dove into the digital scene with the launch of Hearthstone. With a broad acumen that includes Magic: The Gathering, Star Wars: CCG, Lord of the Rings: TCG, Pokemon, and Battletech, all the way to the digital titans of today, Flake’s well-rounded experience span several decades of card game innovation.

A recurring and respected guest on many CCG podcast brands, Flake doesn’t hold back with his honest and sharp opinions. Streaming modestly on Twitch, he will entertain and innovate, placing a focus on building a kind and supportive community.

As the host of Gwent’s Challenger #4, Flake established himself as a personality to watch on the eSports scene. Charismatic and witty, Flake can usually find the right pun for the right occasion, all while asking the right questions.

Flake is in his element when conversing with viewers and playing cards. He adores discussing a plethora of topics with all walks of life. Friendly and accommodating, Flake makes it his mission to make sure everyone feels loved and welcome.

Flake resides in Toronto, Canada, and is a devout Los Angeles Dodgers and Montreal Canadiens fan. He has a passion for golf and has one hole-in-one under his belt (Par 3, 125 yards, 9-iron). Flake has an unhealthy knowledge of Star Wars lore and considers himself the Han Solo of this reality. Ask him about his comic book collection that he plans on retiring off of.

Markthius is a seasoned Gwent player who has been creating content since early open beta. He has produced shows such as Gwent Trivia, GwenTalk and most notably the Wild Hunt tournament series. A talented entertainer, he masterfully weaves high-level gameplay with viewer interaction to create a unique streaming experience on Twitch. Often hovering around the Nilfgaard faction, he is the architect of the “Will it Shupe?” and “Mr. NoFun” series of decks that have seen success at high levels of the ladder. Though his competitive acumen includes a mainstage victory at the first Wild Hunt tournament in Philadelphia and a Top 8 appearance at RuGwent, his involvement in the Gwent culture is far-reaching, having been the face of several stream events, and advertising campaigns.

Mitch “Magikarp” began online competitive play, back in 2013 grinding Magic Online Limited formats. He won an online MTG PTQ going 13-0 in the process qualifying him for PT Montreal. Since then he has been a long time MTGO, Hearthstone, and Eternal grinder finding some success in all three games.

After taking the competitive scene a little less seriously for a while he decided to go for one of his dreams, streaming on Twitch. While he streams part-time, he is always trying to improve his game and help others improve. He can be found at sporadic times throughout the week, practicing for whatever card game he is competing in next.

He is a proud member of Gaby Spartz’s stream team, Viperbrood, and is a community ambassador for his local gym in Corvallis, Oregon, Hammerheart Strength, and Conditioning.

CardCounterChris, a Navy vet and a lifelong card enthusiast. A blackjack dealer by trade, moonlighting as a streamer, I've had a life long love for CCGs and have played MTG since I was a kid. I've also played Hearthstone, Eternal, and Elder Scrolls: Legends. I now stream MTG: Arena! This love for card games has even influenced my career, as a blackjack dealer.

A onetime Magic pro who aims to provide an easygoing but analytical approach to the constructed ladder climb. I have qualified for both of the MTGA MCQWs and in July I streamed Vampires up to Mythic rank #26. I am committed to improving my game and to achieving rank #1 on stream. A longtime magic grinder, I qualified for Pro Tour Kyoto in 2016 and am a staple of the northwest US magic scene.