Over the last months, we have been actively working on a big feature and we have finally finished it together with several other updates in version 1.8 of MTGA Assistant. Here is what is new in our most recent September update. 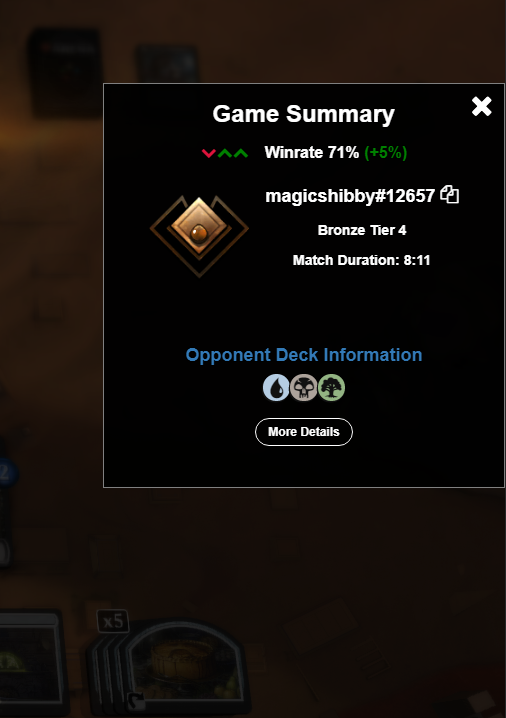 After matches played in Standard or Historic Ladder, Play, and Event modes, a new game summary window will pop up. It will give you a short overview of the performance of your deck over the last matches, win rate, opponents' full game name, time played, and the color identity of the opponent's deck.

In addition to this, we have also made something we call the Deck Inspector which you can open by clicking the details button on the game summary. 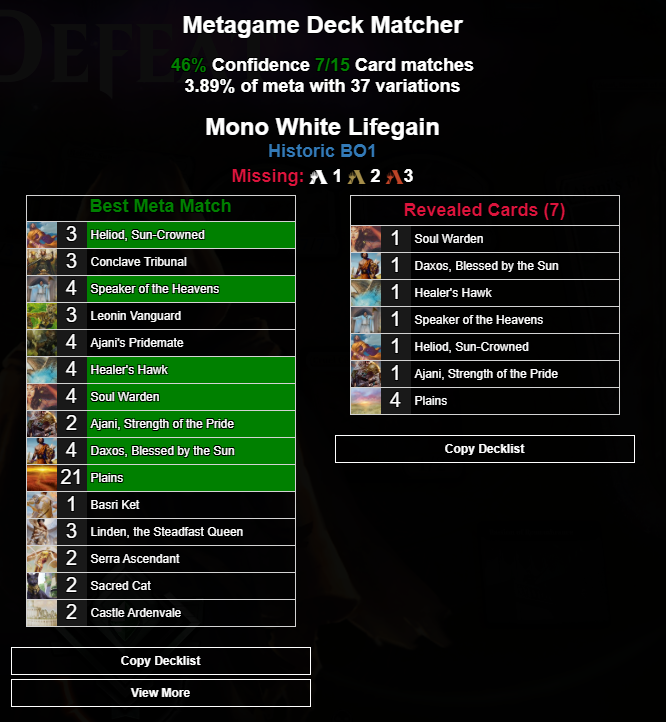 We have added to the functionality of the opponent deck tracker and added a function that identifies the color of the opponent's deck which we then use in the game summary and when logging deck data win/loss.

The color identification stats are now part of the game summary in the deck log now. We plan on expanding on this in the future where we will compile a win rate overview vs different colors. An annoying issue with decks not showing up as they are created has also been fixed now. Earlier we had to wait on a specific output in the log file but now we read the changes as the deck is created/imported. The statistics table now starts at 0 and goes up to 100 instead of just following the deck win rate, making it look more natural than the statistics did before. 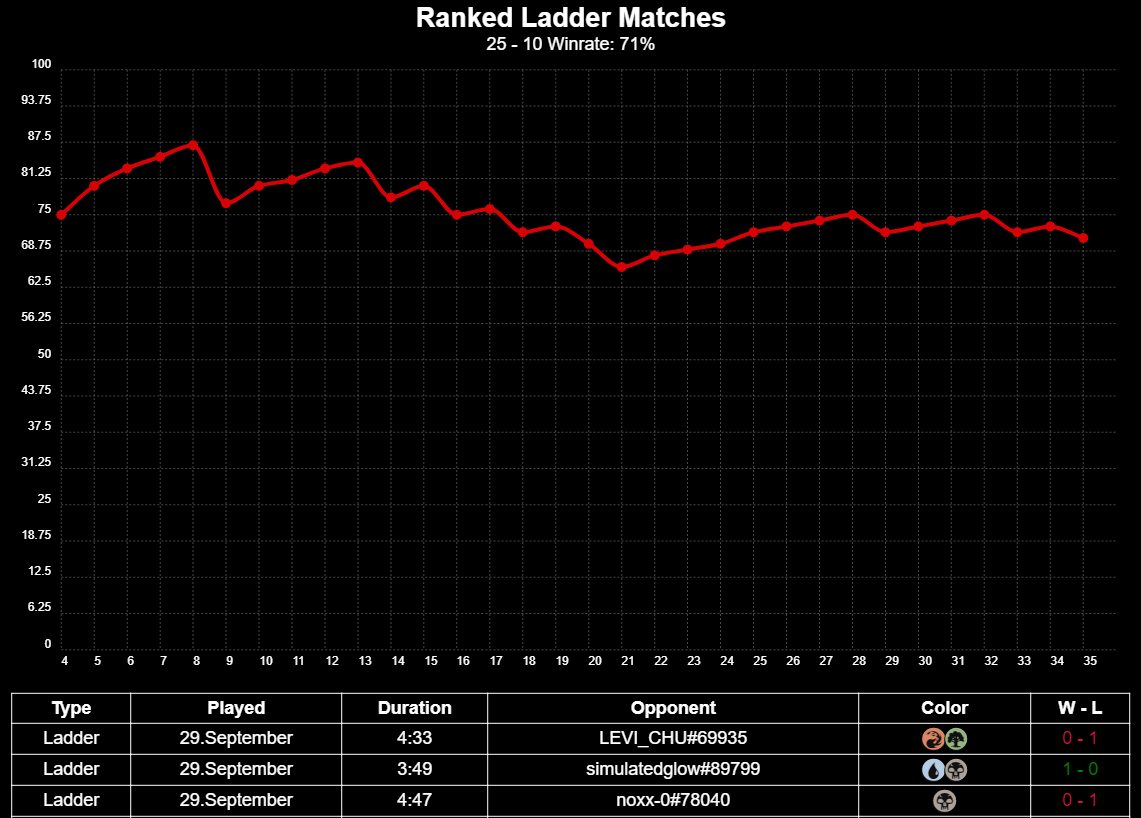 The order of decks has been changed to go by the win rate instead of the old method which made it hard to find the deck you were playing.

As we have done with the Metagame on AetherHub, we have also updated the stats in MTGA Assistant to show the average win rate and total games tracked as parts of the statistics.

Land counter for you and opponent

It is a shame that is in issue in MTG Arena, but there are a lot of times where it is hard to count your lands due to how they are stacked on top of each other. That people have to rely on deck trackers to do this for them should be a huge red flag for the developers. We have not had this functionality in our deck tracker but it has been one of the most requested features lately. But now we do, and we also took it a bit further in that we count both the players and the opponent lands. Note that this is not a mana counter, it only counts lands! It will not count creatures that can tap for mana or enchantments you put on lands that produce more mana.

Wizards have done several changes in their logs as to what kind of collection data they output. This has caused our collection output to become more and more skewed. But with the help of some of you with big collections, we think we have nailed down a correct method of counting the cards in each set.

With new functionality comes new options, if you do not want to see a game summary you can toggle this in the Settings. We have also added an option for manually clearing your metagame data, that way your client will download the latest data from our server, which is very useful during rotation days.

This concludes all the updates for now. We are always looking to make improvements and monitor user feedback. We still have some big features we want to start working on like giving players with multiple monitors the option of using their second screen during gameplay for stats instead of including it inside of the game screen. We are also looking into other opportunities and hope to get out some more cool features before the holidays.