Wizards has released it's monthly MTGA State of the Game. You can check out the announcement here, but we will go over it and add some commentary!

A New Dawn, a New Adventure 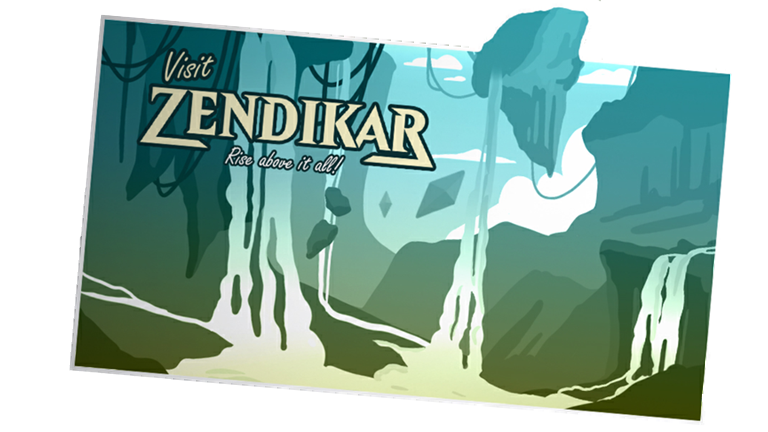 There's a lot to explore in the world of Zendikar, particularly when an expedition of adventurers triggers the ancient magical defenses of long-lost bastions built by the ancient kor empire, causing them (and their hidden treasures) to rise once more. Stretch your legs, gather your party, and keep your wits and limbs about you, because the Festival of Adventure is about to begin.

As with our other Festival series, these events will allow you to explore the hidden depths and soaring Skyclaves that make up Zendikar—and earn you some cool in-game cosmetic rewards along the way. Things kick off on October 17 with our Zendikar World Tour, allowing you to pick and play with seven locally and sustainably sourced Zendikari decklists. In addition to the uncovering Zendikar Rising showcase card styles for your collection, you'll also be able to gather some words of wisdom along the way in the form of a new text emote for your collection. 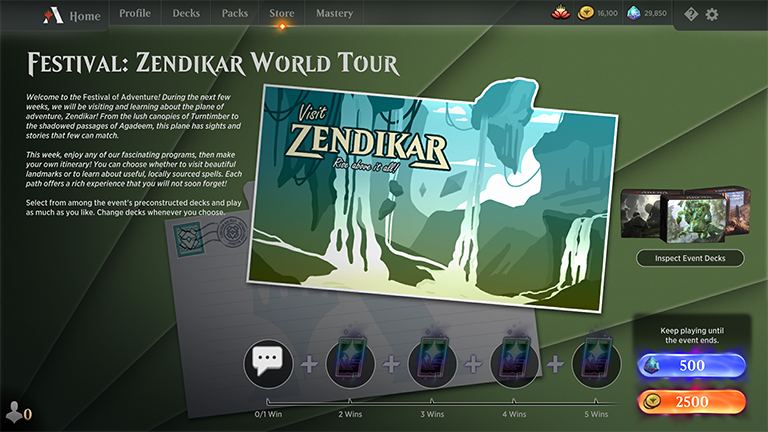 MTGA revealed it's set of Festivals for the next month. As usual, the rewards are all cosmetic, so players can choose to skip these events if they don't have any interest in the rewards or the formats.

For a Limited Time

If you prefer to proceed in an orderly left-right-left fashion, you still have plenty of important decisions ahead of you. In addition to Zendikar Rising, we'll be adding multiple stops to our premier drafting itinerary for those of you who prefer group tours across the multiverse.

Pretty standard Draft rotation schedule. Mark your calendars if there are any sets you'd like to draft. A little disappointed we don't have any Historic Draft formats on the schedule.

The Best of Both Worlds 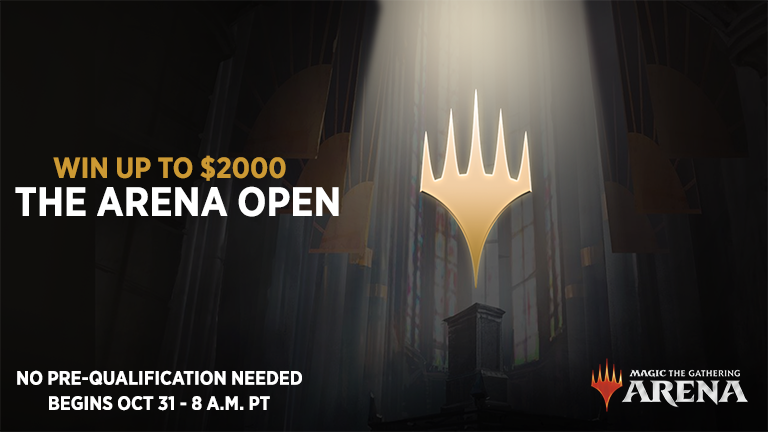 We'll be closing out the month of October with the return of the Arena Open, our two-day competitive event where the top players will be able to receive monetary rewards by playing MTG Arena.

You must be 18 years or older to participate.
Regional eligibility restrictions apply, void where prohibited.
Receiving monetary rewards requires having or creating Wizards, DCI, and i-Payout accounts.
Refer to the official Terms and Conditions for complete details.
We'll be returning to Standard Constructed for this event, and for those of you with your eyes on the prize, keep your sideboard handy, because this time you'll be able to qualify for Day 2 by playing either Best-of-One or Best-of-Three matches.

If you recall back to May, two of our three key pillars for this event was both ease of access and to create a competitive experience. While most of our players opt for Best-of-One matches in MTG Arena, we know that some of our players prefer the Best-of-Three match structure when it comes to high-level competitive play.

So, why not both?

For Day 1, there will be two options (and two in-game events, so pay attention!) in which to participate. The entry fee is the same for both, and you will be able to enter Day 1 multiple times regardless of your preferred match structure. Since there tends to be more games played per match in Best-of-Three formats ( . . . yes, we're stating the obvious here), we made adjustments to try and keep the total playtime, likelihood of qualifying for Day 2, and expected overall rewards as close as possible between the two Day 1 event structures.

Once again the Arena Open is back and this time the format is Standard. Wizards is also allowing players to select Bo1 or Bo3 for Day 1. The Bo3 looks quite dangerous as you need to not drop a single match to go into Day 2, but if you have the courage for that, then go for it. Standard should be wide open now thanks to the bans this week, but by the time this tournament rolls around, who knows what might happen?

So, uh . . . big hint as to what's coming in November! Kaladesh Remastered is scheduled to arrive next month, and since certain "archeological digs" will be able to excavate this information, we've decided to save you the trouble of pulling out your pickaxes.

Starting on November 5, players will have the option to preorder Kaladesh Remastered for a special deal on packs, Player Draft tokens, and in-game cosmetics:

Props to Wizards for announcing this to avoid data-miners spoiling the surprise. Kaladesh is quite noteworthy as this is the set that started the now frequent Standard bannings. It'll be interesting to see whether or not they will add in Smuggler's Copter

. Also interesting to see whether or not they will certain Masterpieces into Historic as they did for Amonkhet.

It's almost that time of year again! Wizards of the Coast is proud to be raising funds for Extra Life, benefiting Seattle Children's Hospital—and you can help!

In addition to tuning in to twitch.tv/Magic on Saturday November 7 to watch some of your favorite content creators come together for an incredible cause, we'll be offering an Extra Life logo sleeve in-game with the proceeds (less transaction fees) donated to Extra Life, benefiting Seattle Children's Hospital. This sleeve will be available November 6–9 for $3.99 USD.

We thought Ajani couldn't get any cuter, but here we are . . .

What are your thoughts on the State of the Game? I feel like the only surprise here is the announcement of Kaladesh.