Starting Thursday 16th April, two new Player Draft modes will be available in-game as a higher skill competitive experience with more rewards on the line. The mode plays reasonably similar to what you've come to expect on Magic: The Gathering Arena and closely replicates the experience that a player might have drafting with other people in tabletop Magic.

Here are the details:

The drafting part will be done with other real players, you will be placed in a pod with seven other players and make your picks with them. Similar to MTG Online there will be a timer so once you have started a draft you cannot leave during a pick and come back later. However once you are done with the drafting portion your opponents will be picked the same way as earlier, you will face other players from other draft pods with the same win-rate as yourself. This means that once you are done with drafting you can play the games at your own leisure. 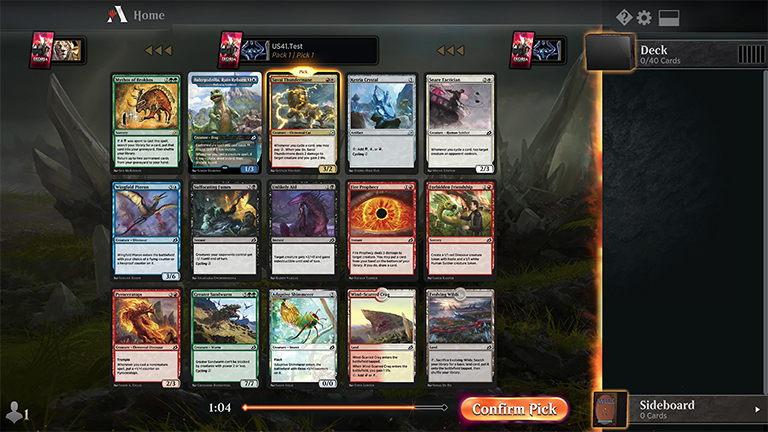 There is a new draft User interface to help you understand which way packs are passed and the status of the other players' draft picks. 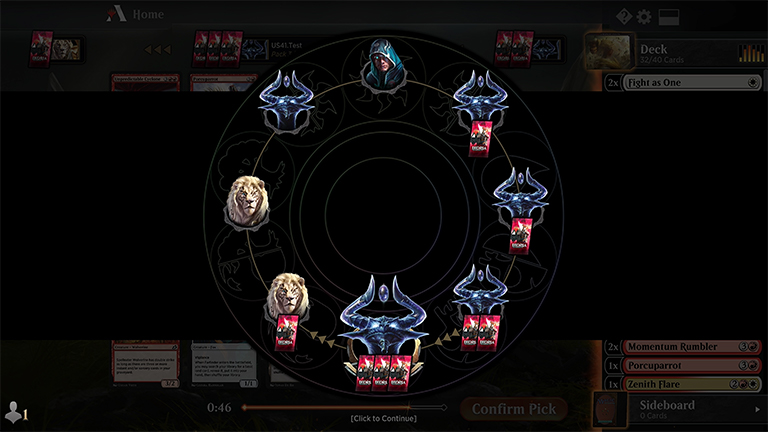 Log in during April and get a free Draft!

To celebrate the addition of Player drafts, Wizards are doing some special things with this next update

*In Traditional Draft, you will now draft against other players, not bots.

An overhaul is coming to how cards appear in MTG Arena, giving them a more consistent Badge placement, improved scaling and having less clutter on the UI 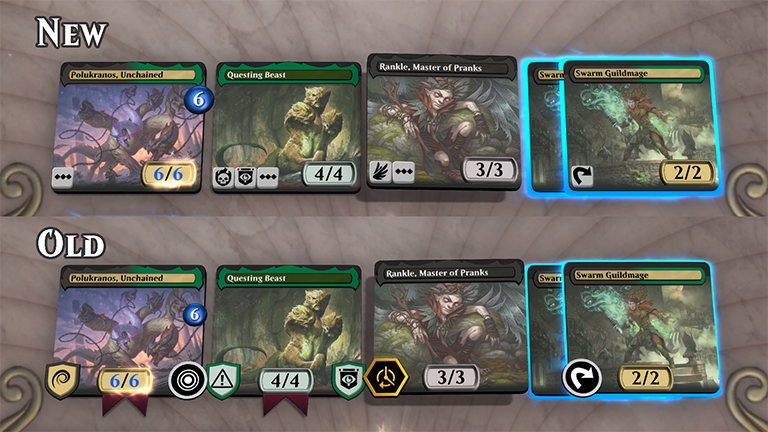 Starting with the June 2020 game update, Magic: The Gathering Arena will be transitioning to a 64-bit client. They will continue to support a 32-bit client for the release of Ikoria and the May game update, but afterward, there will only be the 64-bit client.

. . . which means, when they release on macOS, we will also be compatible with Catalina. Wizards and Skybox Labs are working together to achieve this long-awaited goal, the plan is to release a macOS client by the end of summer.

Soon, you'll be able to draft using the crème de la crème of all the cards available in Magic: The Gathering Arena. As with Cube Sealed, Cube Draft will be a phantom event, only this time, instead of opening six "packs" worth of cards, you'll draft them against your fellow players.

Cube has no concept of rarity, so packs will contain plenty of exciting rares and mythic rares in your pool. The diversity of cards and the strategies and synergies make each run an exciting new experience every time, and as we continue to add cards to MTG Arena you can expect us to continue updating and iterating on the cubes we offer.

Wizards will be continuing to support Historic, and they plan for it to be increasingly more prominent in Magic: The Gathering Arena as they expand our eternal format offerings.

Working on diversifying this play mode, specifically adding cards that fall outside the realm of Pioneer and Standard to keep this format interesting. Historic Anthology 3 is currently planned to release sometime in May.

Work is going well on Amonkhet Remaster, and you should expect that to arrive sometime this summer. They are also continuing work with Magic R&D on future planned Pioneer-focused set remasters, though they remain in concept for now.

Between this, Historic Anthology 3, Core Set 2021, Jumpstart, and Zendikar Rising—there is plenty of new card content to look forward to for the rest of the year!

This is a big thing they are working on and it is stated that it is planned for 2020, and that they will have cross-platform support meaning that all players will be in the same pool no matter if they are using a desktop of mobile device.

"Player Challenges" is the working name for competitive experiences that will have a short duration but high skill cap, providing ways to win significant rewards beyond gold, gems, and booster packs.