The long-awaited Theros Nyx lands are going to arrive in MTG Arena together with an update February 11th. Link to Wizards original post: https://magic.wizards.com/en/articles/archive/magic-digital/mtg-arena-state-game-february-2020-06 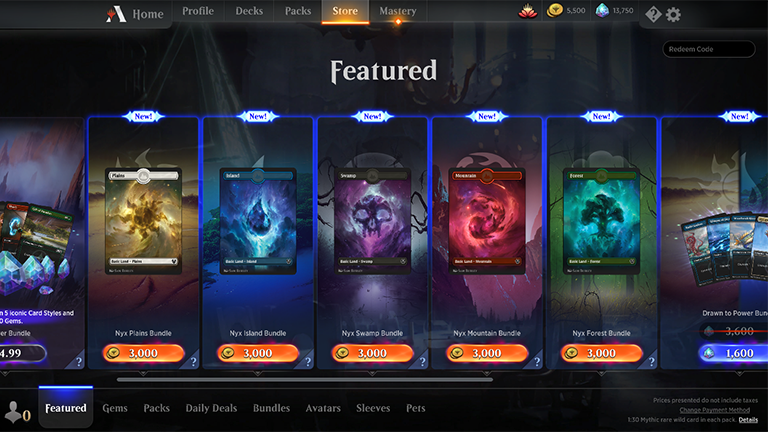 They will all be available for purchase in the store for 3,000 gold each which means you will be able to obtain them as a free to play player easily without having to pay the premium gem currency. You will need a total of 15,000 Gold to get all of them, this is the same as the price of 3 Ranked drafts.

Honolulu, Hawaii February 14-16 the world's best Magic players are gathering to compete for the Magic World Champion title and they will be playing on MTG Arena. There has been speculation on the possibility of pod drafts becoming available in this update because drafts are a part of the formats they play. So in this next update, you will be able to play the limited format against friends but not quite in the way you expected. They are adding the option of playing 40 card decks as one of the options for the Direct Challenge matches. Quite a lackluster feature but they do assure us that eight-person drafts will be available in MTG Arena later this year.

They are also adding the ability to export your draft decks to your deck collection, which is nice. Now if we only could get the option of building multiple decks for Sealed that would be quite nice. 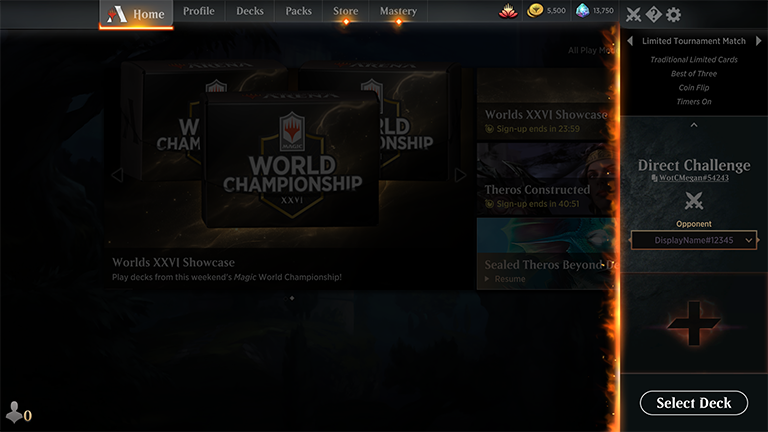 New Event - Festival of the Gods 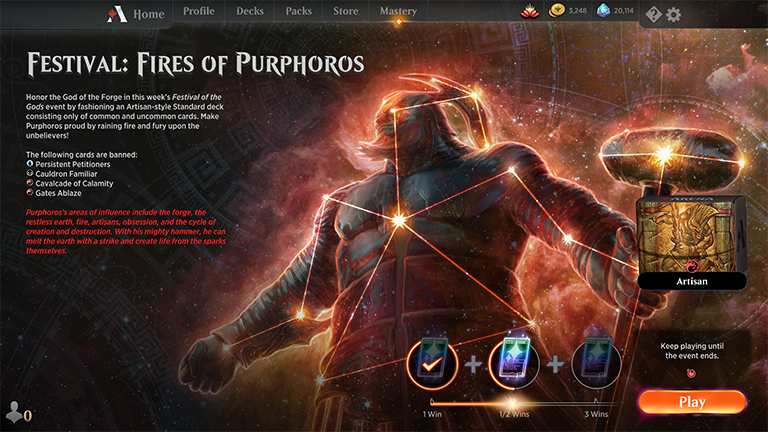 More events on the horizon and these are going to be free to enter! Their goal is to give you a taste of different formats by providing you with pre-built decks. Getting to play interesting events without the hassle of having to sit down and brew or go out on a limb to find a deck sounds like a very good idea and we would like to see more of events like these. Here is a breakdown of the events:

They will be changing the way the ranked draft works by getting rid of the current model where the current set always being available. Quote:

"Starting with Core Set 2020, we made sure ranked drafts of the most current set were always available, alongside a second draft that would rotate every two weeks. The data we've seen since then has been . . . counterintuitive. We started to see less overall Draft play when there were more events available. Variety is the spice of life, it seems.

So, from February 14–27, Theros Beyond Death Ranked Draft will take a two-week break before returning on February 28. It'll be available for another two weeks, and then rotate again. Two weeks on, two weeks off.

First, don't panic. We're not trying to secretly take away Theros Beyond Death Ranked Draft. We may (operative word) revisit having multiple Ranked Draft events available once eight-person Draft is available, but for now, we're going to see how play looks with one Ranked Draft queue so we can compare notes from before."