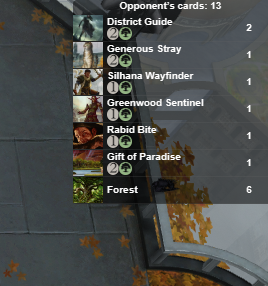 It has been a long time in the making but now it is finally here. We have created a new display window that will show you all the cards an opponent has revealed during a match. Hovering this little interface will display a full image of the card, we also count the number of each card they have revealed. This feature also marks the start of future functions we are planning, like identifying the deck the opponent is playing, the color identity, and a game history feature. 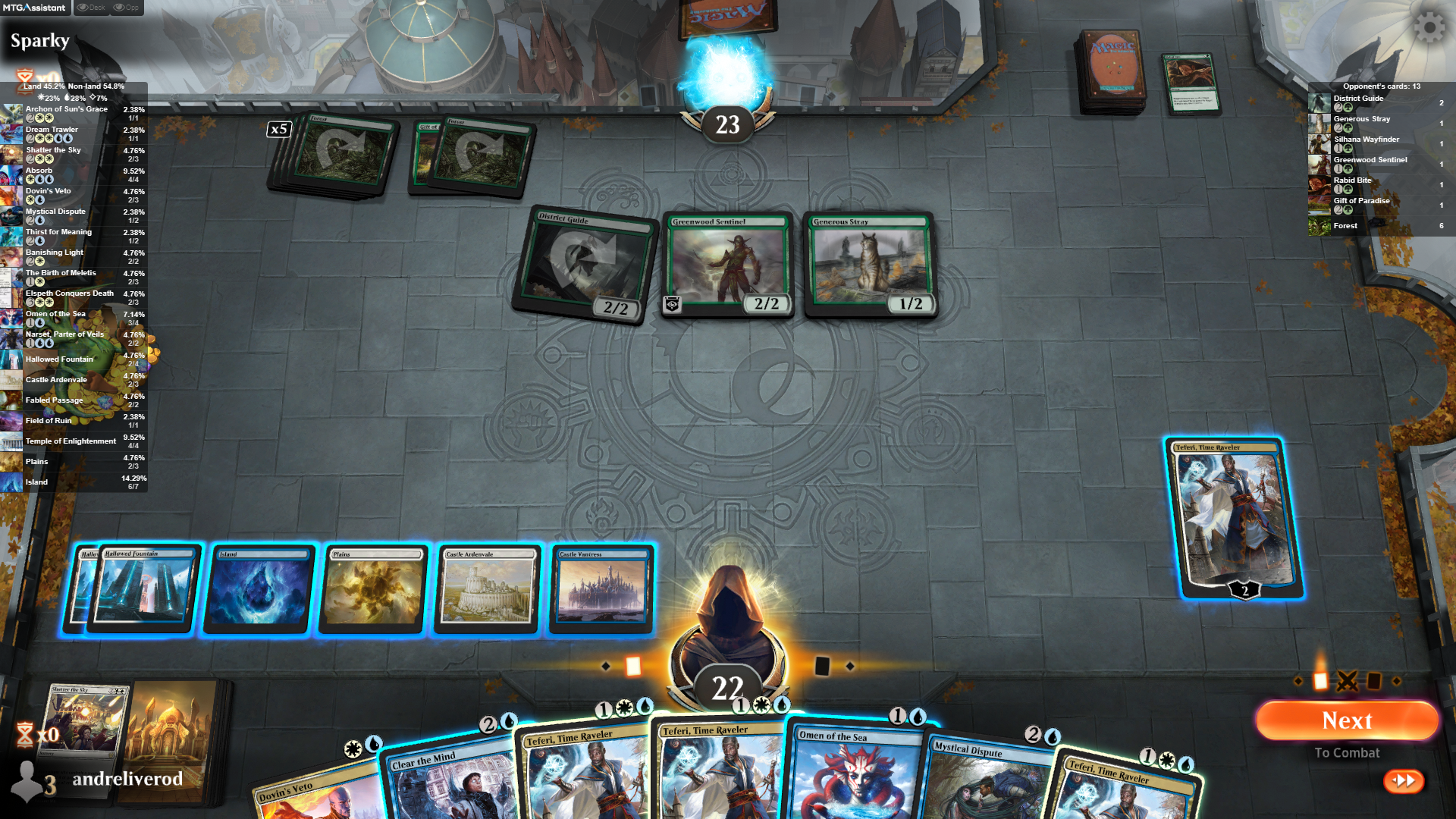 Full support for draft logs in Premium and Traditional Drafts

We have had support for logging your picks in Quick draft for a long time and have now finished work for supporting Premium and Traditional Drafts as well! However, it came with a cost. The old draft pick logs had to be restructured so they will not be viewable any longer, fortunately, most of us prefer Humans drafts so is the loss is not a great one. There is actually a bug in the MTGA Logs, you might have noticed other trackers having trouble displaying pack1 pick1 correctly. This is not because there is something wrong with the deck tracker, but because as of August 2020 there is a bug in the logs that for some reason does not display the first pick.

With the help of Overwolf, we have circumvented this issue and can read all the picks correctly.

Another nice addition to the draft helper is the ability to quickly view what cards you picked in boosters that wheel around the table. For those of you not familiar with the term "wheeling" in the draft, it is something we say about cards in your first packs that will pass around the table and eventually get back to you. The "Previously picked" information will pop up after booster pack 8 when you get the first pack you passed back. A little popup will show with a quick reminder of which card you picked from the booster pack together with the rest of the contents of that pack.

We have been tracking matches for a while Traditional Play has been added now together with a graphical visualization of all your played matches in the form of a graph showing you the win rate throughout your matches. You can find this data under the Stats pane inside of the game. The interface for viewing your deck and these stats have also been improved. 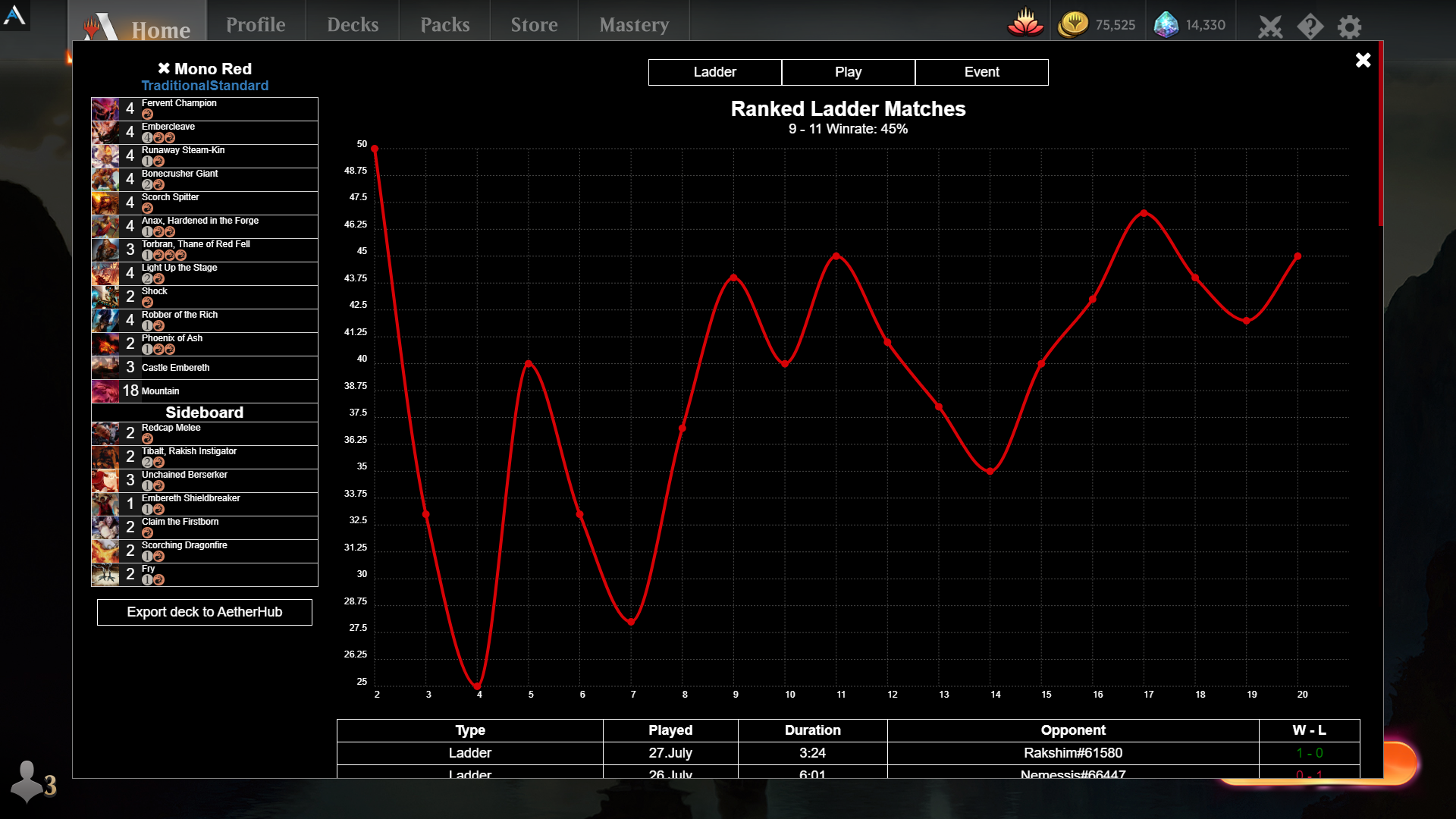 There are always improvements to be made when it comes to the interface, both when it comes to ease of use and design. We have made some tweaks to the metagame pages to make it easier to select and view decklists and will be making the same improvements on the desktop app in our next smaller update.

Our next big project is making an after match summary of statistics and data. This is going to take us some time but work has been started, also if you find any bugs please report them using the support page here on AetherHub or get in touch with us via our MTGA Assistant channel on our Discord Server.