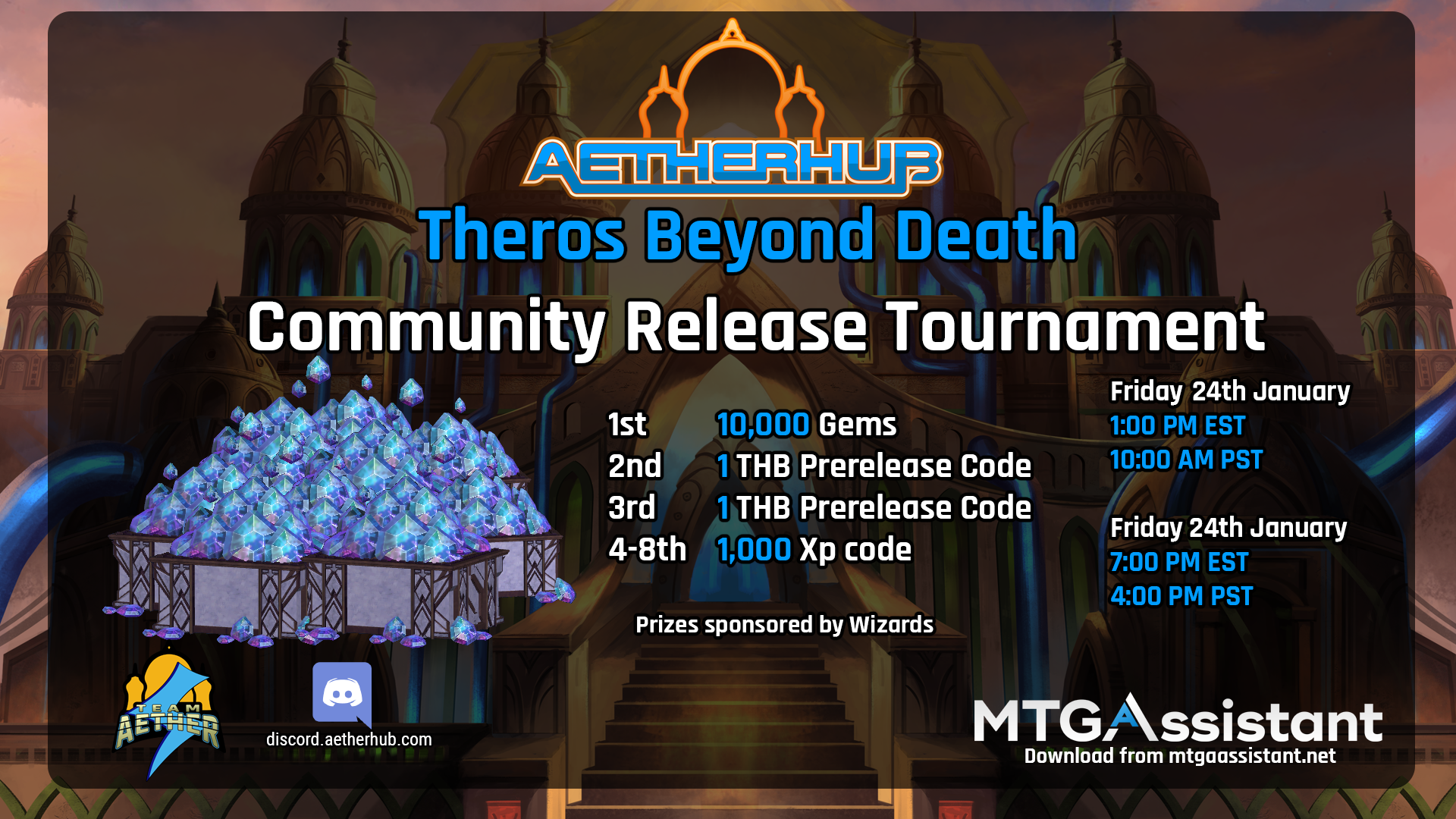 Link to the first tournament

Free to participate - Prize pool sponsored by Wizards of the Coast.

Prior to the Tourney start, you must have the Aetherhub Tourney Page open as all pairings will be displayed here. You must also have the Streamers Twitch Channel open to know when a round starts and ends, you may mute during the games. 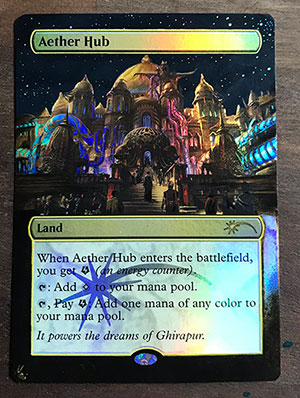 We are giving away this extended foil art done by @msjalters, no need to participate in the tourney just retweet and like this post on Twitter. The winner will be announced on January 26th. Doing this to spread the word of our new MTG Arena Extension: MtgaAssistant.net

To join the Tournament you will need an AetherHub user, log in and sign in at the top of the page. You need to deliver a decklist when signing up. We will accept your attendance 30 minutes before the tourney starts! At this point, your deck is locked and cannot be changed. When you create a decklist mark it as a Standard deck. Public Standard or MTG Standard decks can also be submitted by pasting in their URL.

Input your MTG Arena nick! It is case sensitive, copy it from within the game and do not manually type it in. Nick can be changed at a later point by opening Account -> Edit Profile

Pairings and delivering results happen within the browser during the tournament date. For more details on how this works, have a look at this article: How to Participate in an AetherHub Tourney

If you want to add people in the tourney in your friendslist, feel free to ask in the Twitch chat.

For how long does it run?

Being a swiss tourney with no cut to top 8 we expect the tourney to last for 6-7 rounds, with 50 minutes per round this means around 6 hours. You are free to drop out of the tourney at any point if you lose your rounds, but when doing so mark yourselves as dropped when you deliver the results for the round.

Chat / Communicating with others

To communicate with other players use the Twitch chat of the Streamer. Earlier this was done with a chat on the website, this has now changed to make it easier for the Streamer / Host to follow all messages.

For question check out the community discord: discord.aetherhub.com

The final standings are determined by the total points of participants. For tiebreakers you first look at OMW% then GW% and last OGW%. If there is an exceptionally rare reason and all of these three are the same. The last tiebreaker is decided by a cointoss.