This is a "Draw-to-Win" style combo deck centered around exploiting Risen Reef's enter-the-battlefield (ETB) triggers. We get lots of triggers by playing many Reefs, duplicating them, and playing other cheap elementals.

Risen Reef is an incredible card when you can build your deck around it because you can transform its trigger into:

This last one is only true if your win condition is somehow centered around card draw. In our case, we win by playing one of our two [[Thassa's Oracle]].

Not only is this true when you play a Risen Reef, but when a Reef is on the battlefield it also makes this true for playing any elemental card.

In a "Draw-to-Win" style deck, we can afford to exchange our cards for tempo by playing spells like [[Unsummon]] and [[Unsubstantiate]], which can also be particularly helpful in the early game. In the mid- and late-game, we play [[Pause for Reflection]] to totally ignore our opponent's creatures, but we must be mindful of [[Stomp]] and [[Questing Beast]]'s anti-fog effects ([[Unsubstantiate]] and [[Heroic Intervention]] can help us here).

Many of our spells are cheap. The more spells we play, the more cards we draw, the more we win. Playing cheap spells allows us to do that. We also tend to tap out on our own turn, so having cheap options to hold up on our opponent's turn can be important.

Rather than playing high-value single-card plays, Draw-to-Win is able to rely more heavily on otherwise narrow cards that rely on synergy with other cards to achieve their value. For this reason, you see a lot of complicated synergies or micro-combos.

[[Runaway Steam-Kin]] is a very odd card in a three-color deck which only has 8 total red spells (including the Steam-Kin itself). We don't mind simply playing it as a 2 mana elemental which will trigger a Reef, however it has other uses in the deck. It often will eat your opponent's spot removal if you play it on turn 2, which can be hugely helpful in clearing the way for you to more safely play a Reef turn 3. It has synergy with [[Thunderkin Awakener]], adding a counter when it enters the field, but also it's able to be returned from the graveyard by Awakener as a 1 toughness creature.

[[Omnath, Locus of the Roil]] has an important micro-combo with Steam-Kin, and is the biggest reason we are playing in Temur colors. If you have a Steam-Kin on the board, Omnath can add counters onto it whenever a land enters the field. Risen Reefs will often be adding multiple lands to the field for every elemental you play. So every elemental you play now is adding mana on to Steam-Kin. There aren't that many red spells, but we are drawing through so much of our deck that we can still find those red spells easily enough. We can also pull the red mana off of Steam-Kin, bounce it back to our hand with [[Unsummon]] or [[Unsubstantiate]], and then replay it for free using the remaining floating red mana in order to get additional Reef ETB triggers.

Omnath gives us additional card draw once we've ramped up to 8 lands and is a nice bit of removal for the deck as well. Omnath can add counters onto [[Thunderkin Awakener]], allowing it to pull out a [[Healer of the Glade]] or another Omnath from the bin if necessary.

[[Neoform]] allows us to find our Reefs more consistently, and most of our cheap elementals are 2 CMC for this reason. Neoform helps us to bounce back from board wipes more quickly, and we can target a Reef with a Neoform to find our Omnath if we want to combo-off with the micro-combo above (or just get additional card draw whenever we play a land). A useful play pattern is to Neoform a Healer of the Glade into a Thunderkin Awakener. This puts a counter onto the Awakener allowing it to return your Healer from the yard for additional life gain when needed (which can be gained immediately thanks to the Awakener’s haste).

[[Thunderkin Awakener]] helps us get our Reef's back after being spot-removed or wiped. It will go back in the graveyard at the end of the turn, but we can "prevent" this either by bouncing it back to our hand with [[Unsummon]] or [[Unsubstantiate]] or by duplicating the Reef with [[Quasiduplicate]].

[[Quasiduplicate]] is mainly here to duplicate Reefs, but can be played on an Omnath in order to perform some necessary spot removal, or early game can be useful to play on a [[Healer of the Glade]] or [[Thassa's Oracle]] in lieu of a better play to help buy us more time or find the next card we need.

[[Pause for Reflection]] is better than [[Root Snare]] for us because we can often play it for free, allowing us to tap out on our turn to play more elementals, or to hold up our mana for other things like [[Heroic Intervention]] or [[Unsubstantiate]]. Pause can be played along with Thunderkin Awakener to prevent it (or its companion elemental) from being killed on the block.

[[Unsubstantiate]] and [[Unsummon]] are very key cards for the deck. They allow us to protect a Reef; exchange our card-advantage for Tempo to be able to survive another turn; or bounce our own elementals back to our hand to get another cheap Reef trigger. They are very good against Aggro (our most difficult match) and Midrange. Unsummon is still useful against a non-creature deck to bounce our own things, and Unsubstantiate can be critical against Control (as a “counterspell” that also gets around “can’t be countered” effects). Don't leave home without these cards.

There are more scry lands in the deck than you might ordinarily expect because many of our lands will be entering the field tapped anyway off of Risen Reef, and the scry can help us set up our next draw/Reef trigger. We play 4 [[Fabled Passage]] despite running fewer basics than you would expect. By the time we are out of basic lands in the deck, we generally don't need Fabled Passage to pull out a land anyway and we've already won. But we like having them early as untapped land options that can color fix and to give us additional Omnath land ETB triggers.

We run 26 lands despite having a very low curve and no expensive plays because early game ramp is very important for the deck. Being able to play a Risen Reef while holding up protection for it is very important, and the more spells we play on our own turn the deeper we get in the deck and the more answers we find for the next turn. If we play a Reef turn 3 and it gets removed immediately, we don't mind so much as long as it also ramped us. Don't skimp on the lands in this deck.

[[Miscast]] for board wipes is great.

[[Arboreal Grazer]] helps us when we really need that early game ramp and/or a good cheap blocker. Especially great against aggro.

The fourth [[Healer of the Glade]] is for aggro - one of our best top-decks in many matches.

[[Aether Gust]] for a slightly better [[Unsubstantiate]] effect when we are playing against red or green.

[[Bond of Flourishing]] is for aggro - it allows us to fix our hand and get good card selection while also protecting our life a bit.

A third [[Heroic Intervention]] is good against control where protection against wipes and spot removal becomes more important than tapping out on our own turn to play more elementals.

[[Uro, Titan of Nature's Wrath]] could slot into many matches - giving us a decent threat, card draw and life gain engine, and utilizing our otherwise mostly-untouched yard.

[[Cavalier of Flame]] is an alternative way to win by going face with all of your elementals. It's a good red mana dump for the Steam-Kin/Omnath combo, and/or can just be played to dump your hand and exchange it. I used to run 1x in the mainboard and have won enough games with it to know this is a weirdly viable win-con for the deck, but it is very match dependent. You can pull it out by [[Neoform]] onto Omnath if you aren't able to draw into it.

[[Finale of Devastation]] can help us find a Reef (or act as a 3 mana Reef trigger by pulling out a Healer of the Glade, if needed). Especially good in heavy control matches where we have trouble sticking a Reef. It’s also great to pull our win condition out of the yard if we go through them too fast (good against mill or hand hate).

[[Chandra, Acolyte of Flame]] allows us to replay important spells from the yard, bouncing a heavy hitter of the opponent’s; bouncing and replaying an important creature of our own; or simply using her loyalty ability to create 2 elementals and getting 2 Reef triggers. 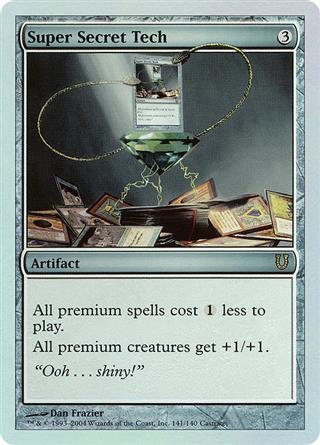