Lullaby is actually a [[Song of Creation]] / [[Teferi's Tutelage]] combo deck. It plays pretty much as a ramp-ramp-ramp-tutelage and combo Song of Creation when you're ready to go off.

Notes on this deck:

1) Most people don't see what the deck is doing until the combo hits. Maybe 1 turn warning.

4) There is a slight fizzle chance on the combo, if you go off to early - or if shuffler hates you really hard ;)

1) Use life as a resource. Allow yourself to go down to even 5 life if requred. As per combo-mentality, it's not the life that counts. The turn you go off is usually the turn you win, unless you combo "too early". This is the key to getting consistant combos. I often try to combo off 1-2 turns before enemy kills me.

2) To go off consistantly, It is recommended to have 3-4 fuel (0 costs) at time of combo start. 2-3 is fine but can be a bit luck related to finish them off (depending on how much you've ramped prior).

3) As per above, it can win on turn 4, BUT for best chance of not stalling, keep ramping/card drawing as long as you feel safe with hitpoints. Thinner deck means more chance to hit "fuel" (0 costs).

5) When given a choice, Uro or [[Risen Reef]], I often go for Risen Reef, especially if there is a second one (double dig). Uro life gain is great to hold off aggro life ticks.

Work in progress - this deck is mostly a 'solitaire' deck, so often there would be no changes to the maindeck. Either you go off - and win, or they don't :)

Coming soon: But in short, you're generally a solitaire deck. The only trick is to figure out how long you hold out before combo'ing off.

Platinum ? - Played this during the "all you can build" FNM.. and it had beaten some goblins for speed (lol).. one turn before I was lethal. Perfect calculation!

I haven't got enough wildcards to run this in Ranked. 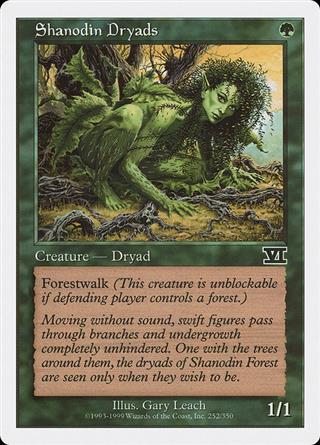