Hi there!! This is a deck built for historic with the new set of Amonkhet Remastered. It's based on one of the first cards I fell in love with when I discovered MTGA back in the closed beta. It's the source of many shenanigans and I've been just waiting to get my hands on it once again. So with the release of the latest set to MTGA, I wanted to pay tribute to the card I hold so dear to my heart. That card is none other than:

This amazing card broke the MTGA client more times than I would win it felt like, but that's because I didn't know what I was doing as a wee scrub back in the day. But now look at me, still making the same terrible decks but with a Diamond season rating. What a world we live in. Anyways, I hope you jank lovers will have as much fun breaking the game with this card as I did in the year it was available. See below for some lines of play if you need that, or just want an idea of what the deck is capable of!

EDIT:  Did some tweaks to the build, please feel free to play the deck however you feel is the most fun! :3

3.) Fixed lands for more plains and an extra [[Castle Ardenvale]].

This change should make the build more reliable vs aggressive matchups. [[Woe Strider]] is pretty essential because it gives you a sac outlet to trigger [[Bastion of Rememberance]] and you can scry until your heart's content to set up your combo.

Turn 5: [[Mythos of Illuna]] to make a copy of [[Anointed Procession]], this will effectively give you two copies of [[Anointed Procession]] and from this point on, any token making ability will make 8x copies of each token as it the card makes twice as many tokens, three times. (2x2x2 = 8) Hopefully you have a [[Legion's Landing]] in hand to make 8x 1/1 lifelink tokens on your combo turn. That may make the opponent scoop for fear of what's to come, but if they choose to witness the chaos, then the jank we shall pursue.

Turn 6: This turn can go any number of ways, I hope you enjoy them all. :) Here are some examples: Make 8 more copies of [[Anointed Procession]] with your [[Mythos of Illuna]], then cast [[Raise the Alarm]] or [[Angelic Ascension]] on the opponents end step and laugh in the opponents face as they witness an army of 1/1 soldiers or a swarm of 4/4 flying angels arising from two open mana. Or make 8x 4/4 flying sharks by cycling [[Shark Typhoon]] whenever you deem necessary. You could also play [[Woe Strider]] paired with [[Bastion of Rememberance]] to spew out cheap fodder, set up your next turn further, and ping the opponent like Cat + Oven on steroids.

TIP: You're even able to copy the opponent's side of the board with [[Mythos of Illuna]], LITERALLY any permanent on the board, including lands!

The deck has a lot of room for potentially amazing jank plays, but I'm slightly blind when it comes to brewing decks, so if you see cards that deserve a spot in a sideboard or even in the mainboard, please leave a comment of said card names. Thanks for reading and have fun! The jank is awaiting you. :)

lurkdajerk 24 Aug 2020 12:23
Do not waste your wildcards on this deck
QBass 14 Aug 2020 20:03
I don't see the point of a deck that can't win before turn 7 when literally every popular deck played in Historic right now wins by turn 4. Sure it's a fun combo, but only playable if you're against Sparky.
Phonetiks 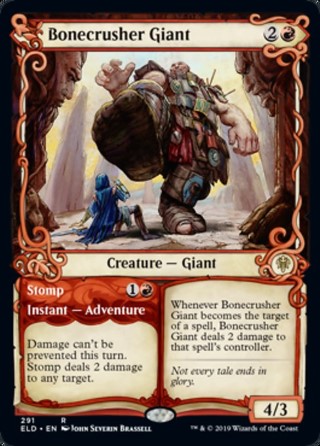