Hello everyone! Today, we will be looking at something I believe is going to be strong in the next standard meta. Now this is just a rough draft and needs to be playtested super hard. By no means is this list anywhere close to finish (1/13), but I think it is going to be extreamely powerful right out of the gates.

Lets look at all the fun Creatures we get to play with!

[[Bronzhide Lion]]- The gleaming star of the spoilers, and a big reason why I want to play enchantments in standard. Selesnya is famous for 2 drop (Normally in color, so GW) 3/3 powerhouses that are easy to build around. If anyone remebers [[Fleecemane Lion]], you know how strong this card can be. Indestrucable is insane on a creature this strong. Not only that, but after it dies, it continues to make this deck even stronger. Giving a heafty guy indestrucable whenever you want is bonkers. Im excited to see how well this card plays out

[[Starfield Mystic]]- When I saw this card pop out of Core 2020, I was excited. I had a feeling enchantments were going to be power in the next coming sets, and I was hoping it would be in Selesnya. I was treated way to nicely by the Magic gods. This is the engine that takes the deck over the top. Being able to cast any enchantment for one less is extremley powerful. It allows us to cast [[All that Glitters]] for one, [[Mantle of the Wolf]] for 3, and so on and so forth. Without this card, I dont think this deck would be nearly as good as it currently is.

[[Setessan Champion]]- Here's the big heafty guy I was refering to. If not kept in check, this card is unstoppable. [[Nyx Hearld]] is the best way to give him trample currently, because that seems to be the only problem with this card. It's strong enough on its own, but giving it trample takes it over the top. Just about every other card in this list pumps him. I dont know what else to say about this card other than its an auto 4-of.

[[Eidolon of Obstruction]]- Thalia, is that you? All jokes aside, Wow. This card is bonkers in this meta. Every deck runs planeswalker (besides the very few), along with being an enchantment, this is an auto include. I didnt want 4 of these bad boys in the list, cause we really only want to see 1, maybe 2 per game. Its ability is strong, and staking it is not a bad option. I just feel like too many of these in your hand late game seems really bad.

[[Nyx Hearld]]- Not much to say about this card besides TRAMPLE. Thats purely the reason this card is in the deck.

Now for the important parts! NON-CREATUES

[[All that Glitters]]- The reason you run the deck. The all star in any enchantment based deck. This gets big, and it gets big fast. Casting this on any creature is not a bad move. Its that strong. Just about everything in the list makes this card better just by being on the field. If you dont understand what im talking about by now, dont play this deck.

[[Mantle of the Wolf]]- I got excited when I saw this previewed. +4/+4 is always good, and its cost effective, espesially with [[Starfield Mystic]] in the list. It synergizes well with the entire list, and spits out tokens when its put into the graveyard. Sign me up!

[[Banishing Light]]- Chosing between all the option for "Exile target ~ until [] leaves the battlefield" is the first battle we face when chosing cards for the list. This card does everything we need it to do. ,It hits every card type on the board. [[Conclave Tribunal]] is high on the list, since we run low costed creatures, but we want to be as aggressive as possible. We arent necessarily trying to go wide like Tokens does, so this does the job we need it to do.

[[Elspeth Conqours Death]]- Sagas are back! And this one is exciting on every level. Removal, hate bearing, and recursion. I could not ask a whole lot more out of a 5 costed enchantment. Great fit in this archetype.

[[Idyllic Tutor]]- I mean, come on. Best reprint we could have asked for. Go get exactly what you need at the exact right time.

[[Calix, Destiny's Hand]]- Okay, lets be real with each other. This card is just under the power level we want him. Is he good? Yes, absolutly. Free enchanments? Please! Removing creatures and enchantments, sudo protection? On board! Return everything back to the board?? I just made a mess. It just seems like he could be just an ounce better. I dont know, I might just be complaining now. Need to test him and see how well he plays out. Im excited none the less for this bad boy.

[[Elspeth, Sun's Nemesis]]- If you played this card during the short preview games you could play on MTGA, you know how powerful this card is. The escape mechanic is going to be good for a long time. Pump, dudes, and life gain. Works when you're ahead or behind. Im excited to play with this card, whether it makes the final 75 or not.

I will be going over the sideboard once I get more practice in with the deck and figure out matchups with the new meta. Thanks for stopping by and checking out my take on Selesnya Enchantments for the THB Standard! Play on!

WalkerJonas 16 Jan 2020 20:27
Do you have any method of persisting through a boardwipe ? I've been running into the same old low midrange problem of the boardwipe and can't seem to find a trigger like effect that would allow an easy recovery.
CntrBlnc 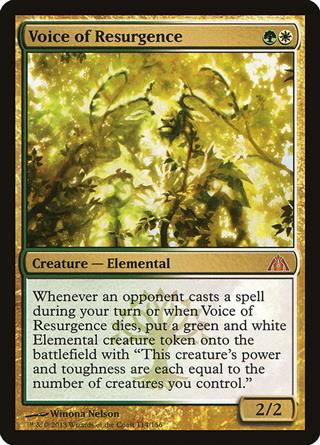