Mill Gates: A way to lose friends, don't have fun, s*it on everything board games stand for, but keep winning if you have enough time on your hands.

Simple, you have [[Jace, Wielder of Mysteries]], you have [[Guild Summit]], removal for days against creatures, and a sideboard potent enough to deal with enchantment decks and/or alternate win conditions, this is a deck designed to win on a BO1 environment as well as a BO3 environment, since you have removal for everything since we are technically using a rainbow deck, and plenty of win conditions like [[Gatebreaker Ram]], [[Gate Collosus]], [[Jace, Wielder of Mysteries]] and [[Clear The Mind]].

Plenty of ways to recurr vs control, like the forementioned [[Clear the Mind]] as well as [[Finale of Revelation]]

But let me peek your interest with what actually enables this deck: [[Emergence Zone]] .

Since most of your stuff is sorcery speed, gates has always been a really slow deck, not only because of you actually being able to do stuff on the board, but the fact that you have to wait for your turn invariably in order to remove stuff from the board.

But what it's more fun, is winning with Jace on their turn. That's the way I usually win, I emergence zone on their turn, with all my mana open, play the Jace while having [[Dovin's Veto]] enabled, and if it's really effing late in the game, I play another guild summit and then it's GG.

Tips:
Against grixis: Just concede, or at least hope they don't have hand disruption on curve.
Against esper control: Same.
Against Esper Hero: Annihilate them, and aggresively mulligan for your dovin's veto, you are gonna need it.
Against all other midrange: Try to get to your mana fixing ASAP, [[Gateway Plaza]] and [[Plaza of Harmony]] are there for this reason, and the reason I took out [[Chromatic Lantern]], that will enable your myriad of removal as well as getting you life.
Against mono-white: [[Settle The Wreckage]] is solely in here for this reason, damn adanto vanguard, I hate that thing. Also unbreakable formation.
Against mono-red: Find one land, one gate way plaza, one plaza of harmony, and from there on, archway angel, draw draw draw.
Against black and orzhov: Never use Jace unless you are really desperate, since [[DeSpark]] is a thing, and [[Vraska's Contempt]] it's still a thing. If you use it and opponent uses Vraska's Contempt, sac you Emergence Zone, and use your [[Elderspell]] before your opponent takes away one of your win conditions. 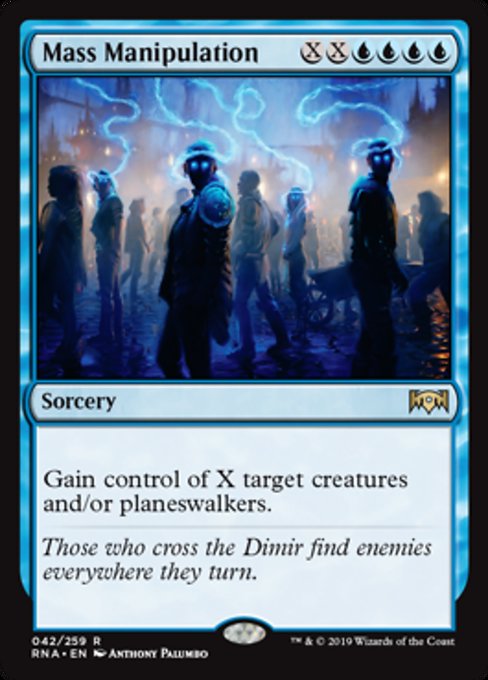