Created by: Fugi
Link to Discord channel
Link to Patreon

The Deckmaster Twitch extension enables viewers to hover over cards in play to see all the details. They can also click graveyards and exile zones to see cards there, similar to the native client. Install Deckmaster on Twitch.tv

Deckmaster is not affiliated with Aetherhub.com in any way but is the standard tool every MTG Arena streamers use to give their viewers the ability to take part of the gameplay. 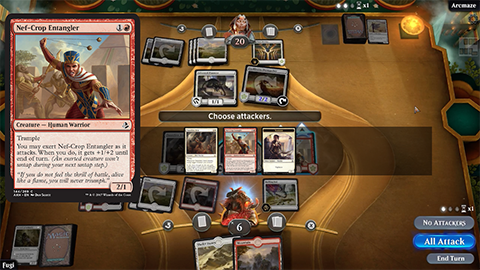 Make it easy for viewers to watch the game 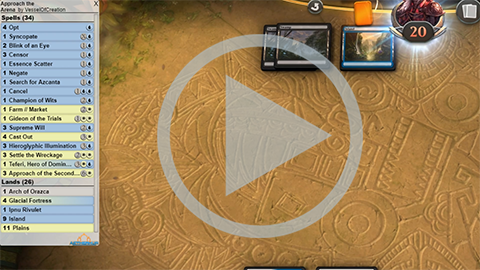 Our own extension DeckHub, works together with Deckmaster by combining them as an Overlay and Component combination. We recommend you put DeckHub in Component mode on the left side of the screen and at the absolute top for the best experience. You can then use DeckMaster as a fullscreen Overlay.