I tend to prefer building decks that are mostly or entirely my idea, or something original I come up with with a friend. That being said, when I see one card that I think would be super sick in an established archetype (a la my Crag Cycle list), it's almost even more fun to see how it can change the existing list into an entirely different animal. In the case of this specific deck, I kind of went in the opposite direction. I wanted to see what I could do with the excellent but underutilized [[Tamiyo, Field Researcher]], and eventually came to the realization that it would just rock in Bant Spirits.

Bant Spirits is more or less a solved part of the Pioneer meta (pre-Companions, at least) at this point. It's basically as strong as three-color midrangey tribal decks get in the format, though it isn't really a three-color deck, just an Azorius list splashing green for the (obviously excellent) Collected Company. The deck serves as a gatekeeper into the upper echelons of competitive Pioneer, and while it doesn't seem like it'll ever be the absolute number one archetype in the format, it also seems like it'll never really stop winning a whole bunch of its games through high-pressure, creature-jamming, timing-intensive gameplay. That being said, I've always been curious about how the deck can use its green splash (and take a significant price hike in the mana base) better than just running four of CoCo, and I think [[Tamiyo, Field Researcher]] is the way to do it.

Tamiyo is a bit of an odd nut to crack, frankly. Despite a kind of awkward, demanding mana cost at 4 CMC with full Bant colors, on the surface she's a pretty fantastic walker once she comes down. Her +1 makes two of your creatures curious (the term I like to use for "draws you a card whenever it smacks your opponent in the face"), or it can even punish your opponent's creatures for damaging you by drawing you cards in the exchange. Her -2 is a very strong freeze effect that won LSV an extremely memorable match against Reid Duke at Pro Tour Eldritch Moon after a clutch top deck by tapping Emrakul, and her -7, while costly, is up there with the very best of the "you win the game" ultimates. That being said, she's historically been overshadowed by walkers like [[Teferi, Hero of Dominaria]] and [[Oko, Thief of Crowns]], because those are just absurd cards in general (Oko especially, obviously), with less demanding mana costs, with clearer decks that coalesce around them.

I think the trick to Tamiyo is that, despite appearances, she's actually more of a support card than a build-around. She basically does everything Spirits wants - drawing cards by supporting evasive creatures, discouraging your opponent's attacks, tapping stuff down as a form of control, pushing the deck over the edge in grindier matchups - and even if she doesn't do it quite as well on an individual level as any of the spirits she's replacing in the list, she does it all, and you're nearly always happy to see her as the top of your curve in your opening hand or on the top of your deck later on.

Much more qualified people than I have written all about Bant Spirits before, so I won't be superfluous and say what they already have about each individual card in this highly tuned list. Rather, I want to talk about what cards I'm taking out for Tamiyo, what I've done with the mana base, and how I've figured the sideboard.

I haven't taken out too much here, only gone down from playsets to 3-ofs in two specific cases, and 2 in one, to make room for Tamiyo. [[Empyrean Eagle]] is not quite as good of a lord as [[Supreme Phantom]], and bird lover that I am, I think this deck can afford to run 7 lords instead of 8, especially with the draw support from Tamiyo. [[Nebelgast Herald]] is a super sweet card, too, but Tamiyo has the tap effect kind of under control herself, and the Herald is notably worse on rate than most of the other spirits in the list. [[Selfless Spirit]] is definitely the hardest to knock down to 3, but [[Spell Queller]] is way too important to lose, and there really aren't other options besides removing [[Rattlechains]], which I'm just not willing to do; it's much more important as a lynchpin two-drop than [[Selfless Spirit]] is.

As for the mana base, I think [[Fabled Passage]] is super good here, mainly because it thins your deck for [[Collected Company]] and helps you fix for Tamiyo. [[Breeding Pool]] is probably technically better than [[Hinterland Harbor]], but it's honestly way too goddamn expensive, and I'm much too nervous sitting on the foil copy I pulled from a Gatecrash pack at about age 14 to put it in this list. The check lands are pretty great here in general, too, and most of the time you shouldn't have any significant mana issues. As for the Eldraine basics, I just think they look great in this deck theme.

I deecided to have a little fun with the sideboard. Bant Spirits normally runs kind of uninspired counterspells and hate cards, and while those are probably better than what I have here, they're definitely less fun. [[Remorseful Cleric]] is a rather fantastic two-drop hate spirit, and [[Soul-Guide Lantern]] feels thematically on point in a deck full of ghosts while rounding out the graveyard hate at a neat 5 cards. The dragon commands are, in my opinion, criminally underrated sideboard cards (with the exception of [[Kolaghan's Command]], which everyone knows is great). [[Dromoka's Command]] is enchantment hate, stops damage, buffs your stuff (especially useful with [[Mausoleum Wanderer]]), and/or removes a creature, and [[Ojutai's Command]] is a pretty sexy board-in against aggro and creature decks that's even nice enough to draw you a card if you only need one of its effects (though the lifegain is, admittedly, pretty lackluster). Both white-aligned dragon commands are more than welcome at 3 copies in the sideboard. Two copies of [[Dovin's Veto]], while not terribly original, are basically required against combo. The last inclusion is a fun one: [[Tamiyo, Collector of Tales]]. This is another Tamiyo, and even if this four-mana Soratami scholar isn't quite as exciting as her Bant counterpart, she still provides an excellent shield agaisnt sac and discard effects while packing a useful draw effect and a way to pull a fallen lord out from the yard to fight another day. You could run [[Jegantha, the Wellspring]] with absolutely no changes to this list as a companion, but come on, it's a spirits deck, not a "spirits and elemental elk" deck. Consistency, people, consistency. 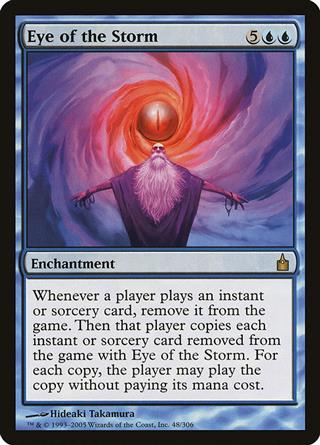