Good morning Magic Middlers! Confessional: at first I was not sold on Ikoria. Lots of big beasts, some of them nigh overpowered, coupled with some planeswalkers that were likewise, overpowered. Set just reeked of commercialism (Godzilla? Hello!?). I am not a huge fan of crossovers, so this was definitely a "what the everlasting f*** are you doing, Wizards?" But the set has grown on me and thanks to some of the cards in this deck, I have been able to make some really kick @$$ decks that harken back to Magic's good old days. This deck, in particular, takes me back to my middle school days when I was first starting out: I loved Green. Loved pumping out creatures in a fast and furious manner and thrashing the opponent mercilessly. It was fun times. This deck brings me back!

ONTO IT: [[Pelt Collector]], love this boi! Grows as we go and he can get out of hand by turn four with the right drop. [[Arboreal Grazer]] is in there for mana fixing, dropping lands down and giving us a reach body since we are running no flyers in this deck. [[Stonecoil Serpent]], beast of a card. Couple it with a [[Castle Garenbrig]] and you've got a 6/6with reach and trample and protection from multicolored (suck on that, [[Teferi, Time Raveler]]!) out on possible turn four with a few [[Paradise Druid]]s helping us out. [[Barkhide Troll]] gives us a nice body on turn two while [[Fiend Artisan]] helps us if the opponent decides that mass removal (or removal in general) is their only chance to win. [[Voracious Hydra]] gives us options against creature-heavy opponents and gives us a nice beefy body. [[Yorvo, Lord of Garenbrig]] is another big boi that just gets bigger as we go. [[Questing Beast]] is an essential Mono G card, absolutely devastating early on. [[Cavalier of Thorns]] fuels our graveyard for the [[Fiend Artisan]] while [[Umori, the Collector]] is our companion. While we are not running a lot of high mana cost creature cards, the ability to get this guy out early (turn three!) and those big guns out earlier is just too good of a chance to pass up. Imagine dropping a [[God-Eternal Rhonas]] or a [[Kogla, the Titan Ape]] as early as turn four? Lights. Out! I did run [[Aggressive Mammoth]] to really get damage through, but it was very situational and I was finding that I was slamming opponents before it even hit the board, so Kogla was a better option. The sideboard is situational but nevertheless essential: [[Destiny Spinner]] for counter/control builds, [[Kraul Harpooner]] for flyer-heavy builds, [[Shifting Ceratops]] for Blue builds, and [[Thrashing Brontodon]] fo enchantment-heavy builds.

ADVANTAGES: 1) This deck goes low and wide, fast. We are not running a ton of high mana-cost cards so the potential for this deck to overwhelm the control-heavy meta is there in spades. 2) This deck goes low and wide and BIG, fast. 3) Fun to play. I mean I had a Rhonas and Umori out by turn five in one game and the opponent just scooped. It was brutal. Every game I have played with this sucker is just absolute carnage.

DISADVANTAGES: 1) Mass removal hoses us. We have to get early threats down and hope we can do enough damage before mass removal comes raining down. 2) You need mana fixing of some kind in your opening hand to make this deck work efficiently, and [[Pelt Collector]] as well. 3) Spot removal does a number on this deck as well, but if you can play around it with multiple threats, then you can make this deck hum.

Overall, this is a great deck. I love playing it AND I hope I can get my video s*** on my computer figured out before attempting to stream again. I wanna do it so bad, but short of buying a new computer to handle it and given my fickle nature towards hobbies, it is just not worth it. So, I will continue to support and write for the great AetherHub community and keep rocking it! Until then, may all your draws be God-like and may your spells always hit the board. 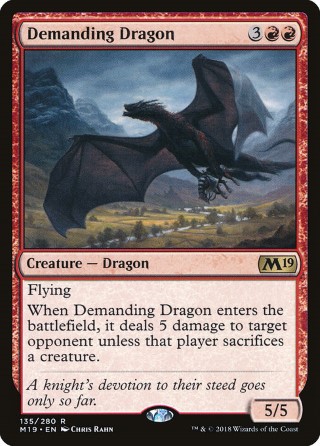 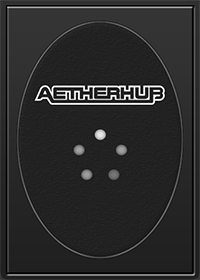