Edited it a bit to suit my needs. See his original version at https://www.reddit.com/user/PrinceAbubbu/

Meta Notes: Decks are going bigger and bigger to try and out Yorion each other. This gives us an opening to take advantage.

Keruga Jeskai Fires
B -> A-

No major play changes or anything bringing this score up. I am just winning this MU a lot more than I thought I would. Fires is a very powerful deck and can have absurd draws. They have Teferi and access to sweepers. We’ve fortunately got some things going for us. They don’t have much that can remove stonecoil serpent so he can just take over the game. Even if they have fires, it’s pretty easy to bounce or kill two things every turn. As long as they continue to run few sweepers, I think we are slightly favored. If they start running 4x shatters the balance will tip to their side.

Been playing vs this on the ladder a lot more since I wrote this and I think I've got it figured out. Its all about how you play. You really want to go 1 drop into 2 drop if you can, and then you wait until they deal with your board. Keep T3feri and Fires off the board early and you should win. Even if they are able to resolve an Agent, most of the games are still winnable. Unless you are about to swing for the kill, DO NOT put your mutates on top. Do not give them value from ECD. Most of my games are won through Hemophage after a few turns of chip shots. Shout out too @qjl889 for helping me get this MU figured out.

I’ve only played the match once so far and I did win, but I think this is not a great MU. I can’t say much more than dodge shatter and bounce Lukka’s target to fizzle the ability. Turn 5 Lukka, Yorion, double agent triggers is bad news.

This hasn’t been too scary. As long as they don’t get a super aggressive draw on the play, game one is in your favor. Stonecoil serpent and dirge bat are great for attacking through their team. And 1/3 Pollywogs block their whole deck. After sideboarding you’ve got cry and more trample effects, plus some life gain for the aggressive draws putting you into a very favorable position.

So far this has felt like an easy MU. Just keep bouncing their big hitters. They don’t have very much removal making it difficult for them to deal with the mutate advantage we have.

Nothing major here, just played against it more times and it is a little more even than I first thought. Still in our favor but you can lose if you get a mediocre draw. I’ve played against this 4 times and it’s been 4 easy wins. You can kill them before they get a critical number of cycles in and they can’t block well vs flyers or trample. Sideboard games are easy. All their creatures die to Cry. We are just doing better, faster things than them.

Temur Reclamation/Flash
B -> B+ Their removal is all burn, so try and get your Stonecoil to a 4/4 when you play him or in response to removal, they can't really deal with it after that.

If they are playing the version with night pack ambusher that is better for us because they have less interaction. Either way I like our odds. You do need to be aggressive as we don’t have many ways to deal with reclamation.

If they aren’t running Uro or Ambusher consider bringing in negates as well. Cut the Insatiable Hemophages.

This is only going up because they are hedging more vs control decks than aggro like us. Play the same as you do vs the Lukka decks and you might be able to turn this into a 50/50 MU.

I think this is the worst MU. They have a lot of interaction, Teferi, shatter, things that we don’t like. They also have a lot value they gain from Yorion. It’s definitely winnable, but I haven’t figured out how to make it a positive MU.

This is the old heavy ramp into hydroid krasis/ Casualties of War decks. I really like how these games have felt so far. They are slow and get run over. Play aggressive. Teferi in the bant version is annoying but not detrimental. I don’t bring in the disputes here because I would rather just kill them.

Another easy one if you’re careful. The deck does nothing without winota. Keep a bounce ready for turn 4 and win the game. If you let her trigger and she gets anything meaningful, it’ll be hard to win.

I haven’t lost yet to either of these, but they have access to the best tools vs us, Shatter the Sky and Teferi. Landing an early stonecoil serpent is really powerful. In the sideboard games, play more tempo. Keep one threat on the board at a time and try to defend it. I remove the Slitherwisp because it wants you to over extend, which will kill you.

Not sure if this is still a thing in Bo3 but I’ve played against it once. Game one be aggressive and be ready to bounce or kill Gyruda turn 4-5.

Sideboard games same strategy but you have mystical dispute to play with as well.

This is for any creature deck that cry of the carnarium isn’t good against. I haven’t come across one that can out value the mutate/flash engine. I haven’t played vs many decks I’d classify as midrange but the ones I have felt like very easy wins.

Okay so I've played vs this twice with a Sultai version of the deck and went 1-1. I am not as confident in this MU as I was vs the traditional RDW with embercleave. I hope it doesn't show up more. If it does, we may need to switch the SB around more.

Have only seen this once since IKO but I’m sure it’ll be back eventually. Game one is very winnable, our creatures come down almost as quick as theirs except they come bigger. For the sideboarded games things get even easier. Just be sure to save combat tricks for times where they can cleave you.

Tips and Tricks
Don’t over Sideboard, most of the time being aggressive is better and you don’t want to dilute your mutate/flash count too much.
Teferi isn’t as big of a problem for this deck as it is for traditional flash decks. It’s good to keep him off the board, but if I’m on the play and they are mostly creatures, I won’t bring in counter magic.
Stonecoil Serpent is your best card to mutate. Most of the time you play it for one if it’s in your opener, but if they have things like bonecrusher giant, wait until you can make it bigger through a flash creature or X cost
Don’t over extend vs shatter the sky decks. You can win the long game, but you won’t get there if they get tons of value from shatter.
If they are playing ECD consider leaving your 0-2 drops as the top mutated card.
Mutate is great for combat tricks. Save your mutates for that if you can. Don’t just play things end of turn unless you need more threats out.
Insatiable Hemophage is better than you think it is
When using your SB, TAKE UMORI OUT OF THE COMPANION ZONE. 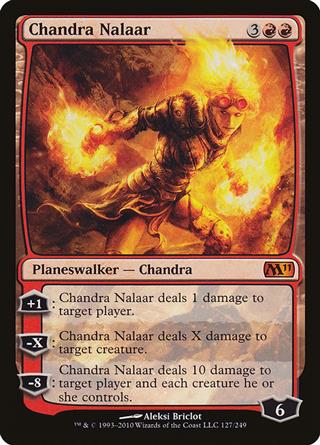