Selesnya Tokens but Harmonious Archon for the jank lols.

The strategy is to play the ramp package of Grazer, Paradise druid and Faeburrow, to hopefully get archon down earlier. I normally don't like Grazer as a 4-of since top decking one late game sucks. But here in this deck, once Archon is on the field, suddenly Grazer becomes a nice lazy 3/3 with reach. He's an awesome check to enemy fliers and if anything he can tap for convoke so there is that :p. Druid does druid things and Faeburrow is interesting in that although normally a 2/2 double ramp, when Archon comes down, he becomes a 5/5!

So why Archon and not typical tokens? The problem with Archon is he is simply too slow for the typical token decks that may want to play him. By ramping up early, you can get a healthy number of bodies on the board for all the conclave shananigans, and then play Archon, creating an interesting parity between your creatures and your opponents. To break this parity in your favor, you need +1/+1 counters or other static buff modiefiers. Oakhame ranger is best boy becasue he is double value. He generates tokens and can tap to give everything +1/+1 to help break parity. 1 copy of Unbreakable for that sweet +1 counter and indestructible that makes it hard for the opponent to block. Pledge of Unity is also +1 counter and gain life equal to number of creatures. Pick your poison as there are quite a number of options in the selensya shell :p.

As for the value engine...well it is almost nonexistent. The goal is to be aggressive when possible and to bumrush the opponent before they can stabalize. Since there is a bit of lifegain in the deck, I added 2 Dawn of Hopes for extra card draw and as a mana sink. It's probably better to play Gilded Goose 4-of over Grazer in tandem with Trail of Crumbs. It's definately better value but eh, I wanted life gain. Similar thing with the choice of Ajani. Greathearted vs Ajani, Strength of the Pride. Ajani-Pride is simply better at lifegain, creates a snowballing cat token, and the exile ability is simply icing on the proverbial cake.

Lastly, token generation comes down to preference and mana curve. You could run Rally for the Throne which if you cast for 3W, nets you solid lifegain at the cost of it being more expensive than Raise the Alarm. There is a ton of token generation in this deck though so I don't know how valuable it would be to run multiple copies of both. I say stick to 4 copies of one or the other.

Still messing around with the manabase (I sit at a comfy 23) as the ramp helps solve most mana issues. But I wouldn't go much lower than I tbh. 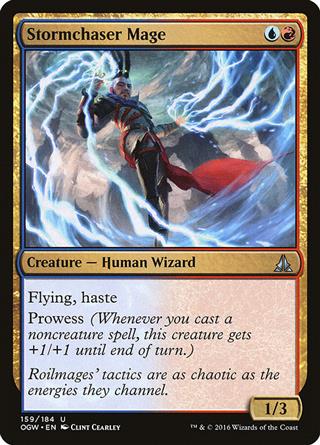